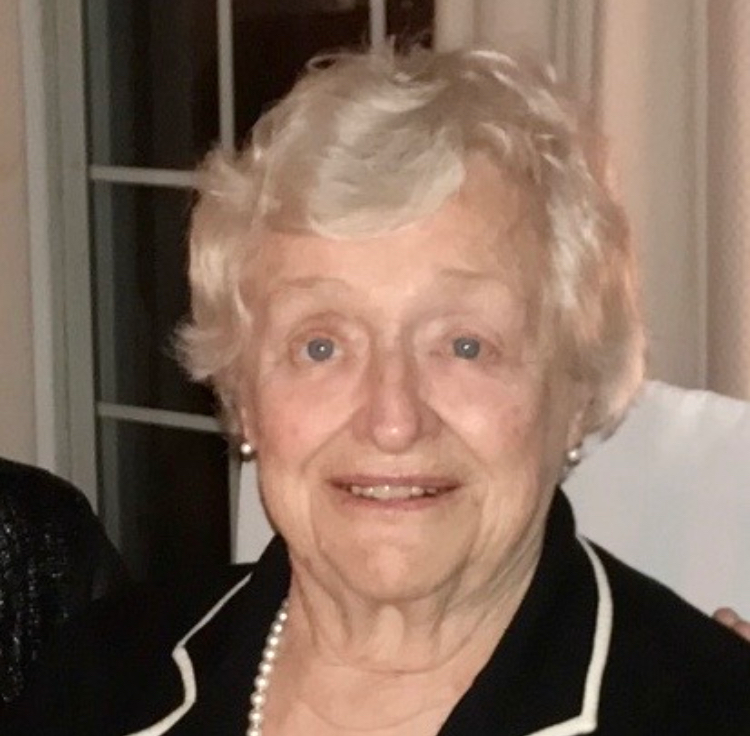 Consuelo Gloria Clark passed away peacefully at home in
Lawrenceville, N.J. on Friday, June 26th, 2020 just short of her 90th birthday. “Chelo” was born in Havana, Cuba on August 19, 1930 to the late Kaleb E. Wiberg (Swedish) and late Maria S. Wiberg (Kjellesvig of Cuban/Norwegian descent). They returned to N.J. that same year where Chelo, the oldest of four children, grew up in Livingston. She met her future life-long partner George D. Clark Jr., while attending Central High School and then continued her education at Colby Jr. College (now Colby Sawyer) in New London, N.H. She graduated in 1951 with an Associate’s Degree in Medical Secretarial Science. Chelo worked at a doctor’s office in Livingston, prior to marrying George in Washington, D.C. on January 24,1953, where he was attending Georgetown University. After George’s brief career stops in Pittsfield, Mass. and New Providence, N.J., the growing Clark family moved to the brand new development of Kendall Park, N.J. where George worked for Herbie Kendall. In the late 1960’s, they moved to the old farm house at 8 Steven Road in Kendall Park (now the historic Clark Hoagland House). After husband George passed away in 1996, Chelo moved to residences in Lawrenceville, N.J. near her daughters Lisa Federico then Kelly Clark Kiefer.

Chelo was a tireless homemaker and loving mother of five children who attended the newly established St. Augustine School in Franklin Park, N.J. She was a constant volunteer in every aspect of striving to give her kids the best education possible and preparing them for their futures. A true matriarch to the end, Chelo will always be remembered for her generous spirit and quiet, loving personality; she and George always had the welcome mat out at the old house for many friends and family over the years. Her trademark-handwritten letters and cards kept the families connected near and far. Her quilts won many a ribbon and her famous hand-knitted Christmas stockings were crafted for every member of the Clark clan down to the newest great grandchild. She also happily made stockings and blankets for friends and their extended families. It was a true blessing that longevity brought her the delight of playing with seven great grandchildren in her life. Mom’s favorite place was the Jersey Shore, particularly Sea Girt, along with an acute affinity for a steamed lobster dinner enjoyed with friends. It was well known that Chelo was an antique market browser and collector as well as an avid Roger Federer tennis fan.

Consuelo’s cremated remains will be interred with her beloved husband George at Holy Cross Cemetery, Jamesburg, N.J. A Catholic Mass, interment, and celebration of her life are planned once COVID-19 restrictions are lifted and it is safe enough to travel. To stay informed of memorial plans/dates, please email Kelly Clark Kiefer at kclark153@yahoo.com to receive updates. In lieu of flowers or gifts, the Clark family requests donations be made to The American Diabetes Association (https://www.diabetes.org/donate)