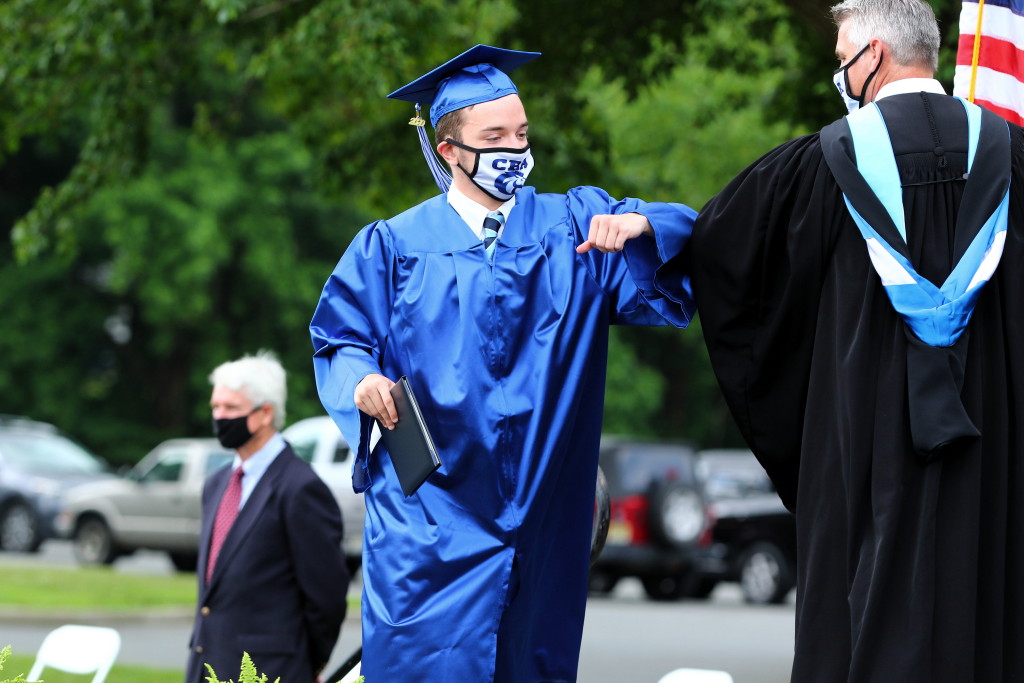 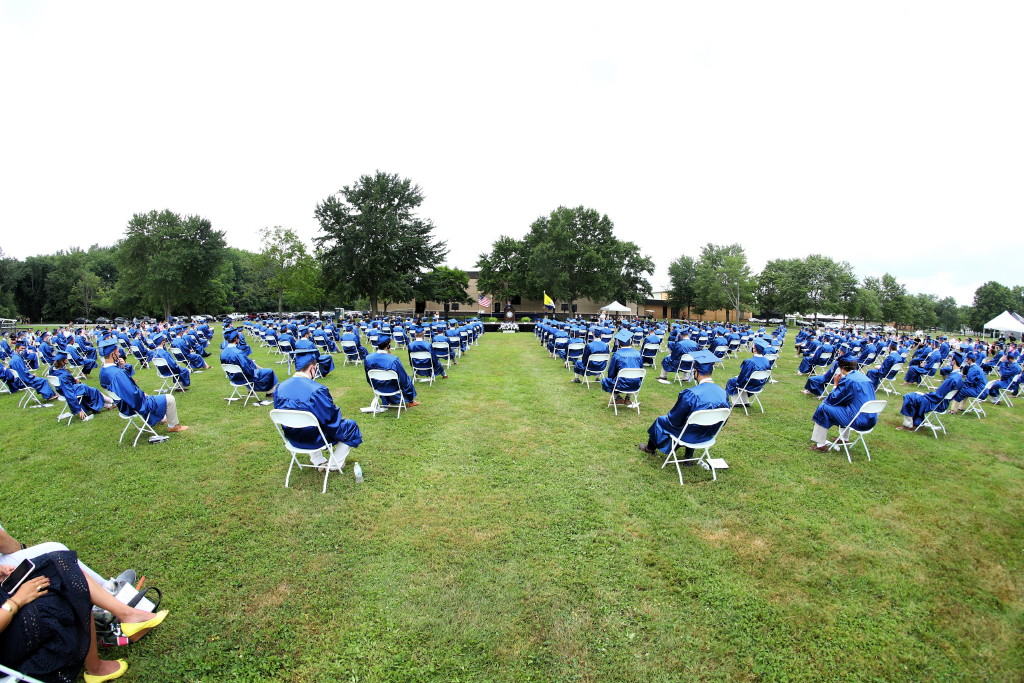 The 58th graduating class of Christian Brothers Academy, Lincroft, will truly be one for the history books.

The members of Class of 2020 will not only be remembered for their outstanding academic, athletic, service and extracurricular achievements, but also for their resilience, fortitude and unity to weather circumstances outside of their control, according to a press release from the school.

The 203 graduates gathered for the 58th commencement exercises on the morning of July 7. Social distancing guidelines were observed during the ongoing 2020 coronavirus pandemic that forced the closure of New Jersey’s schools in March.

Each graduate was allotted two tickets for family members to attend, while the CBA Digital
Network broadcast the ceremony live to the community. The students were gifted custom CBA Colts facemasks to wear during the ceremony, according to the press release.

“With all the uncertainty of the past four months, the Class of 2020 has been on my mind and in my prayers each day, but there was never a doubt you would handle the situation well,” CBA President Brother Frank Byrne said.

Brother Frank and Principal Ross Fales conferred the diplomas to the newest CBA alumni, albeit with “elbow bumps” rather than handshakes, according to the press release.

Amid the continued global pandemic, the members of the CBA Class of 2020 were celebrated for their accolades over their four years at the academy.

The seniors reported receiving more than $22 million in merit-based scholarships to more than 175 colleges and universities across the country, according to the press release.