McLaughlin elected chair of Mater Dei Prep Board of Trustees 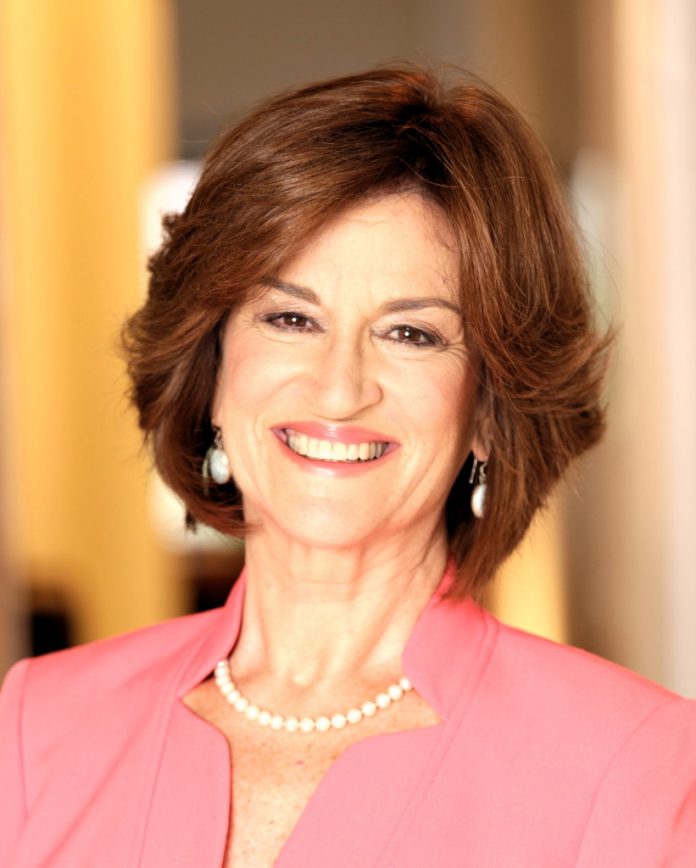 MIDDLETOWN – Mater Dei Prep, a Catholic preparatory school in the New Monmouth section of Middletown, has elected Kathryn A. McLaughlin as the new chair of its Board of Trustees.

McLaughlin is a 1972 graduate of Mater Dei and one of the founding trustees of Mater Dei
Prep during its successful 2015 transition to an independent Catholic school, according to a press release.

She is a member of the school’s Hall of Fame and was an honoree at the school’s Seraph Strong Gala in February. McLaughlin is a practicing attorney and founding partner of her own law firm, where she has practiced law for the past 25 years.

Before attending law school, McLaughlin was a sales manager in the radio division of Capital Cities/ABC. She has served as a member of several Mater Dei Prep committees, including Academic Affairs (as chair), Legal, Risk Management and Compliance, Human Resources, and Buildings and Grounds.

She formed the Women’s Leadership Initiative, which has created programs and raised funds to support and promote young women in academics and athletics at Mater Dei Prep, according to the press release.

McLaughlin succeeds Dr. Simon Bosco as chair. Bosco will remain on the board and as
a member of its executive and finance committees.

“I cannot imagine a finer successor as chair than Kathy McLaughlin, whose devotion to Mater Dei Prep has been manifest from its rebirth in 2015,” Bosco said.

“I assumed the role as chair with the understanding that mine would be a transitional one. I am proud to say I have enormous confidence in the future of Mater Dei as a paradigm of Catholic education and in Kathy’s ability to sustain and enhance Mater Dei Prep as a model for Catholic preparatory education,” he said.

“I am excited and energized by the opportunity this role presents, and I am grateful to Dr. Bosco for his exceptional leadership and his willingness to continue providing his expertise and guidance,” McLaughlin said.

“I am mindful of the challenges ahead, but I know of no other school so well poised to meet them. Mater Dei has a special place in my heart, as it does in so many others, and a unique position of faith-based education in the community.

“I look forward to working with the many people who comprise our community – our faculty and staff, our students and their families, our alumni, the Parish of St. Mary’s, and the many others who participate in the Mater Dei Prep community, and who have given so generously of their time, talents and resources,” she said.