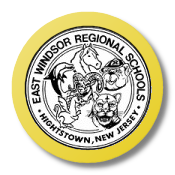 Time is running out for would-be candidates to serve on the East Windsor Regional School District Board of Education.

The deadline to file a nominating petition for one of three seats on the school board is July 27 at 4 p.m. The nominating petition, which has to be signed by 10 registered voters, must be turned in to the Mercer County Clerk’s Office in Trenton.

The school board election is Nov. 3. The term is for three years.

At stake are the seats held by Jeanne Bourjolly and Robert Laverty, and a vacant seat formerly held by Peter Bussone; he resigned earlier this year.

Bourjolly and Laverty represent East Windsor on the nine-member school board. Seven seats are earmarked for East Windsor residents, and two are set aside for Hightstown Borough residents. The vacant seat is for a Hightstown resident.

Bourjolly, who has lived in East Windsor since 2016, was appointed to fill a vacant seat on the school board in January. She is seeking election in the Nov. 3 general election to fill the remaining year of the three-year term, which expires in 2021.

“I have always had an interest in the education of our youth. The youth is the future of our community and our great nation,” Bourjolly said.

“Before becoming a mother, I used to volunteer at various schools in the Mercer County area. As a mother, that interest has elevated into a passion. I am very hands-on,” she said.

Laverty, who could not be reached for comment, served on the East Windsor school board from 2001-16. He was appointed to finish an unexpired term in 2017.

Laverty is an application analyst and development manager for DXC Technology. His three children are graduates of the East Windsor Regional School District.

Candidates for school board must be at least 18 years old, be able to read and write, and hold U.S. citizenship. They must have lived in the school district for at least one year, and to be registered to vote.

They may not have an interest in, or hold a claim against, the school board. They may not serve on the municipal governing body, and may not be disqualified from holding office because of conviction of certain crimes.

Nominating petitions and the school board packet are available through the Mercer County Clerk’s Office, under the “Elections” tab, at www.mercercounty.org.