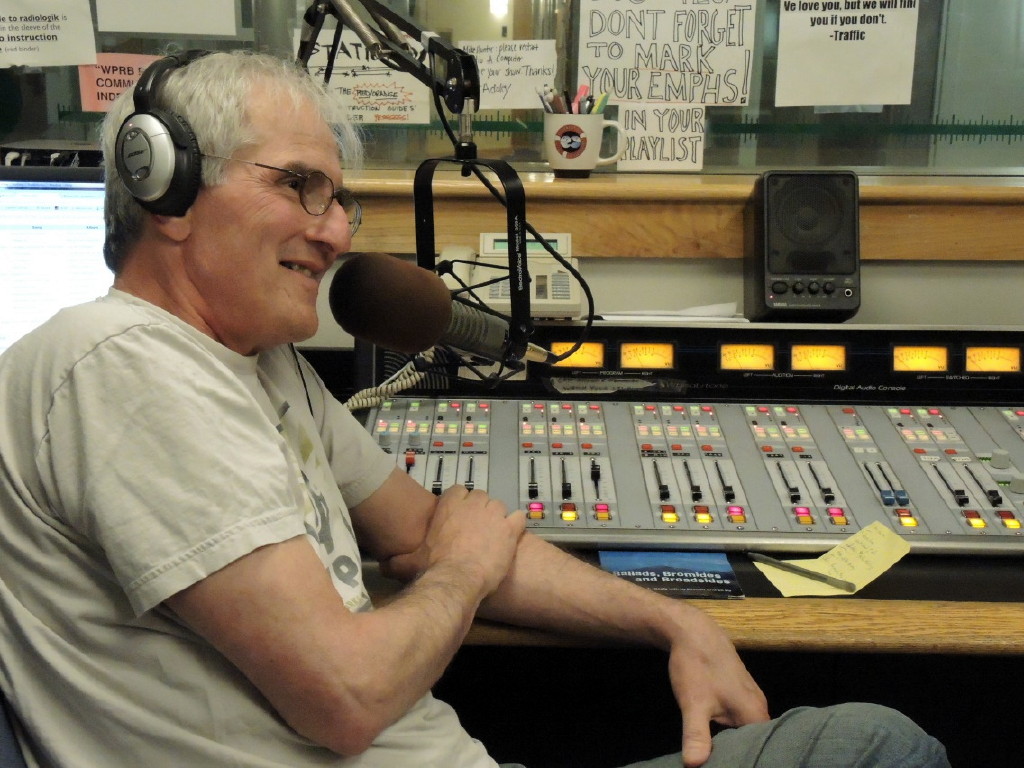 John Weingart in his WPRB Radio Studio doing his show "Music You Can't Hear on the Radio"; he and PU Professor Sean Wilentz are hosting Arts Council of Princeton fundraiser July 25.
×

John Weingart in his WPRB Radio Studio doing his show "Music You Can't Hear on the Radio"; he and PU Professor Sean Wilentz are hosting Arts Council of Princeton fundraiser July 25.

My longtime friend John Weingart, associate director at the Rutgers University Eagleton Institute of Politics, has a knack for delving into topics that scare people. According to a New York Times article in 1996 that featured him when he served as executive director of the NJ Low Level Radioactive Waste Disposal Facility Siting Board, John described how some people thought they would glow in the dark when they shook his hand. His job was to find a community that would agree (for considerable remuneration) to host a New Jersey storage site for low-level radioactive waste, but just discussing the problem of storage proved to be radioactive to the governing officials and citizens of a community.

He is hoping, however, for a non-nuclear reaction to him on Saturday, July 25, when he discusses the scary topic of pandemics and plagues for a Zoom audience that won’t have to worry about contamination from COVID-19 or radiation.

“Plagues and Pandemics: A Musical Tradition” – a fundraiser for the Arts Council of Princeton – will be a musical listening tour and discussion with renowned American pop culture authority Sean Wilentz and John Weingart, whose New Jersey fame has little to do with low level radioactive waste storage, but rather his nearly half a century career as host of WPRB’s “Music You Can’t Hear on the Radio.” John’s partner in this initiative and actually the instigator, Sean Wilentz, is a Grammy-nominated author and a Princeton University professor of American history. The two music aficionados will be putting an intellectual yet fun-filled spin on songs of despair and perseverance.

It is part of the folk tradition, John said, to tell stories, event stories about joy and despair. “There are songs that are in one way or another speaking to the current moment and reflecting what we are now feeling during this pandemic. … It is common to describe what we are going through as ‘unprecedented,’ ” but in fact, said John, music shows that our reactions to the crisis have precedent.

“Sean reached out to me by email to outline the program and ask if I would do it with him as a benefit for the Arts Council. I was flattered, honored and intrigued, and instantly said ‘yes.’ I think I first met Sean in 2001 when he came onto my radio show to discuss Bob Dylan’s then-new album Love and Theft. Sean was a fan of my show, which is how he knew of me. I knew of him because he’s famous and an immediately likable guy,” said John.

John’s completely volunteer role as a folk music radio host represents a song of sheer joy that has been playing in his life for decades. He had hosted a radio show at Brandeis University, when he was an undergraduate. He came to Princeton in the fall of 1973 as a graduate student in public affairs, and quickly connected with WPRB-FM, a commercial nonprofit radio station run by Princeton students. He became the founding host of “Music You Can’t Hear On The Radio,” which airs every Sunday between 5 and 8 p.m., as a mix of folk, string band, bluegrass and “other” music.

Known as New Jersey’s longest-running bluegrass show, “Music You Can’t Hear on the Radio” used to be produced in the basement of a college dormitory. Now he is broadcasting from his own dormitory – his home. “Learning how to do this has been challenging for me, but definitely worth it,” said John, a Delaware Township resident.

During the past several months of pandemic influenced lifestyle, he has enjoyed – in addition to his radio related projects – taking long walks with his wife and working from home, thus avoiding a two-hour round trip daily commute. As Eagleton associate director for 20 years, he directs Eagleton’s Center on the American Governor; education programs including the Eagleton Fellowship and Undergraduate Associates Programs; and the Arthur J. Holland Ethics in Government Program.

In case anyone is interested, the Level Radioactive Waste Disposal Facility Siting Board no longer exists. No town in New Jersey was willing to host the facility, and New Jersey was able to come to an agreement with a South Carolina facility to accept the state’s waste. John got a grant from the U.S. Department of Energy to write about the process in a book titled: “Waste Is A Terrible Thing To Mind: Risk, Radiation, and Distrust of Government.” It sounds like the basis of a good blues song – perhaps writing music could be the next gig for John and Sean.