The justices who sit on the New Jersey Supreme Court will hear oral arguments on Aug. 5 from attorneys representing Gov. Phil Murphy and the New Jersey Republican State Committee.

The legal case arises from legislation Murphy signed into law on July 16. Murphy, a Democrat, signed the New Jersey COVID-19 Emergency Bond Act which authorizes the state to borrow up to $9.9 billion to address the fiscal crisis that has arisen as a consequence of the 2020 COVID-19 pandemic.

“The passage of this legislation is an important step in New Jersey’s recovery from the economic ravages of the COVID-19 pandemic,” Murphy said upon signing the bill. “While this is by no means a silver bullet, the ability to responsibly borrow is essential to meeting our fiscal needs in the coming year.”

Murphy is the only named defendant in his official capacity as governor.

The Republicans’ complaint states, among other claims, that Murphy “must be enjoined from enacting and enforcing (the New Jersey COVID-19 Emergency Bond Act) as doing so would be a violation of the Debt Limitation Clause of the Constitution of the State of New Jersey.”

O’Scanlon has called the bond act a “devastating scheme (that is) fiscally indefensible and unconstitutional. There is a legal opinion that says we cannot borrow without voter approval to fill a hole in our budget.”

According to a press release from the governor’s office, under the law, the state has the authority to issue bonds totaling $2.7 billion for the remainder of the extended Fiscal Year 2020, which runs through Sept. 30, and up to an additional $7.2 billion for the nine-month Fiscal Year 2021 that runs from Oct. 1, 2020 through June 30, 2021, for a combined amount of up to $9.9 billion to be issued over the two periods.

“The current economic crisis is virtually unprecedented in both its severity and swiftness,” Murphy said upon signing the legislation.

O’Scanlon, who is a member of the Senate Budget and Appropriations Committee, said borrowing $10 billion will produce a bill for taxpayers of more than $40 billion over the next 35 years. 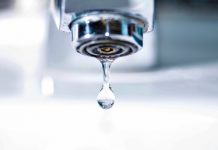