A few weeks ago, I had the honor of Zooming into a Rutgers University graduation that featured only four graduates, all accomplished scientists who completed the inaugural year of the Rutgers University Eagleton Institute’s Science and Politics Fellowship Program. These scientists took their research, formulas, and analytical, organizational and communications skills into a whole new laboratory – the state government.

The Eagleton Institute of Politics at Rutgers University working with the New Jersey state government developed the Science and Politics Fellowship to place post-doc scientists in executive departments and legislative offices where they can apply their scientific training and expertise to help solve public problems. The concept of using scientists to help government officials develop effective public policy that serves people’s needs, rather than personal political ambitions, sounds to me at this point in time about as monumental as the concept of E=MC2.

Although all the graduates seemed phenomenal and way out of my league intellectually (my way of solving intractable problems is to throw more Cheetos at it), I took special notice of one of them – because I had come across her name at different times in the past 20 years. The 42-year-old West Windsor resident Shin-Yi Lin, a microbiologist whose current area of passionate pursuit is maternal health, was a Ph.D. student at Princeton University at the same time as I was working for the University. When Shin-Yi was a postdoctoral research fellow in the Department of Molecular Biology at Rowan University-School of Osteopathic Medicine, I was doing communications for an association representing New Jersey public universities; it was suggested to me that her research would make an interesting feature story in local media.

Most recently, a friend of mine who lives in West Windsor kept talking to me about this West Windsor Town Council candidate Shin-Yi Lin – “a really brainy scientist who wants to give back to the community.” In the fall of 2019 when Shin-Yi was running for council, she wrote a letter to the editor that advocated for a ban of single-use plastics. It was so readable and fact-based that I emailed it to several of my friends and family members.

In all of the above roles, Shin-Yi, a second-generation immigrant raised by a “struggling” single mom, never played the role of an isolated scientist tucked away with her petri dishes and test tubes. She always strived to be engaged in her community – no matter where she was working – as an advocate for education, science literacy, racial and economic equality, and feminism.

“I strongly believe, that academia and universities need to become more engaged with the general public at large — sharing the value of the research, mentoring, and teaching that happens on our campuses. … I love and have spent a lot of time doing research, but I am driven by the need to contribute to my community,” said the mother of three young children, who may have trouble keeping up with their mom instead of the other way around.

The Eagleton Program was a perfect genetic match for her, as she so eloquently stated in her graduation speech.

“One of the unique things I’ve brought to this inaugural cohort (of Eagleton Science and Politics Fellows) is that I am, well, older — I’m a working parent with three young kids. This has actually given me an advantage in my placement this year — working on maternal health policy,” said Shin-Yi, who noted how her prior personal experience (three children born under very different delivery circumstances) and her professional and academic experience made her assignment to maternal health issues “a dream job.”

When she started as an Eagleton Fellow, New Jersey had just made maternal health a particular legislative and administration priority. First Lady Tammy Murphy had launched her Nurture NJ campaign to reduce New Jersey’s maternal and infant mortality. Then NJ Legislature then passed a suite of maternal health legislation that encourages reform through Medicaid policy. Shin-Yi joined NJ Medicaid just as the state was in the process of implementing changes that would impact the maternity care for the over 30,000 moms whose births are covered by Medicaid. New Jersey has one of the highest cesarean-section rates in the country, and racial disparities in obstetric care are even more pronounced for Black women.

Shin-Yi focused on S-1784, the bill to allow for reimbursement of doula services within NJ Medicaid. Doulas are non-clinical providers who provide support throughout the perinatal period. Evidence shows that doula labor support can reduce C-sections and improve birth outcomes, she said.

Her specific task was in the area of implementation of the doula program. NJ was only the third state in the nation to pass and provide funding for this kind of service, but other states ran into roadblocks in the implementation process. Coming up with an implementation strategy and reimbursement model drew on her talents for collaborating, listening, data collecting, and “translating” research findings.

Shin Yi and her fellowship colleagues (see below) have helped raise he Science and Politics Fellows program from birth through its first birthday. She is unsure of her next professional steps, but for certain those steps will lead her to a significant public service role. And if I am lucky, our paths will keep intersecting.

Opinion: Roger Koch is ‘the best possible choice for our future’ 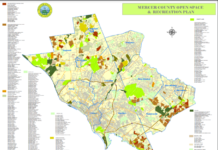 Opinion: Princeton should get serious about preserving architectural integrity