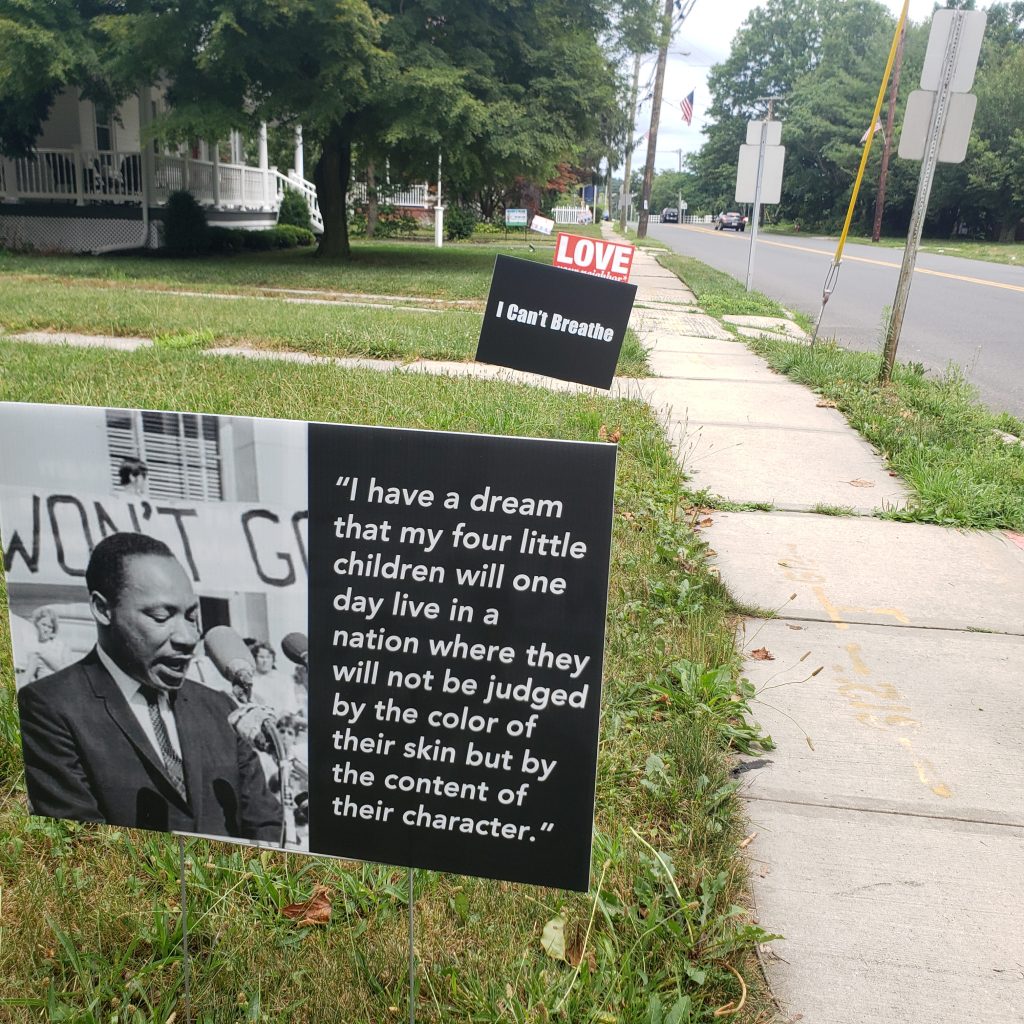 MILLTOWN – The formation of a Human Relations Commission in the borough is to allow all voices to be heard whether on race, ethnicity, religion, or sexual orientation, Mayor Trina Mehr said.

The Borough Council is expected to introduce the formation of a nine-member Human Relations Commission (HRC) through ordinance at its next meeting on Aug. 17.

Mehr said she’s working with Borough Attorney Peter Vignuolo to draft the ordinance with guidance from ordinances adopted in other municipalities.

Once adopted in September, candidates for the HRC can fill out a citizen leadership application form. The mayor and council will appoint members to the commission.

Mehr announced the creation of the HRC at a peaceful protest at Milltown Boro Park on June 19.

The peaceful protest was hosted by Katty Velez of Dreams of Home with Bell and Stockton LLC with the theme “We are One.” The event was in the wake of the events in Minneapolis as well as a racial incident at Boro Park in May.

After the recen local racial incident, Mehr said she reached out to the resident to hear firsthand what had happened and offered to meet with anyone who felt marginalized and unsafe.

“Subsequent to that a group had formed in town to address the incident and other things that have occurred throughout our town and country, ” she said.

Mehr had said the creation of the HRC would promote social and cultural harmony and cultivate an understanding and acceptance in the borough.

The mayor and Borough Council members denounced racism and said racism has no home in Milltown at a meeting on July 13.

“Milltown is nicknamed ‘the little greatest town on Earth’,” said Councilman James Pareti. “It’s not Milltown for some, it should be Milltown for everyone.”

Pareti said he is proud of the community grassroots effort, which led the rally on June 19 and a peaceful march on July 11.

Ligotti said he knows the Milltown Police Department and everyone in town is working on a better Milltown, a better understanding, and a better learning curve.

Velez, who spoke at the meeting, said everyone at the rally and march have stories to tell.

“It is our responsibility to hear their stories,” she said.

Velez said she has concerns for safety as a person of color and as a Black person. She requested a future community forum to address concerns and address how to keep each other safe.

Mehr said she wants people to feel safe in Milltown, promote harmony, educate people and listen to everyone’s opinion. She encouraged residents to report any type of incident to police.

Councilwoman Anna Neubauer said during one of the breakout sessions at the peaceful march, she learned about a “call in” to educate one person as opposed to speaking out to shame someone. She said it’s something everyone can do.