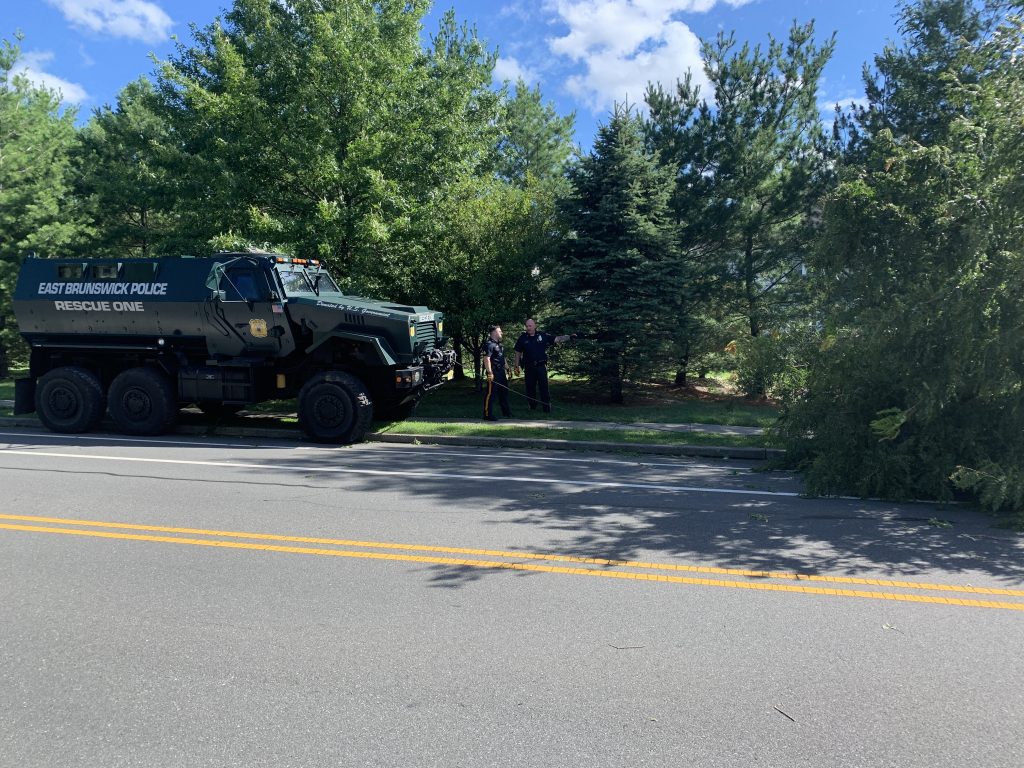 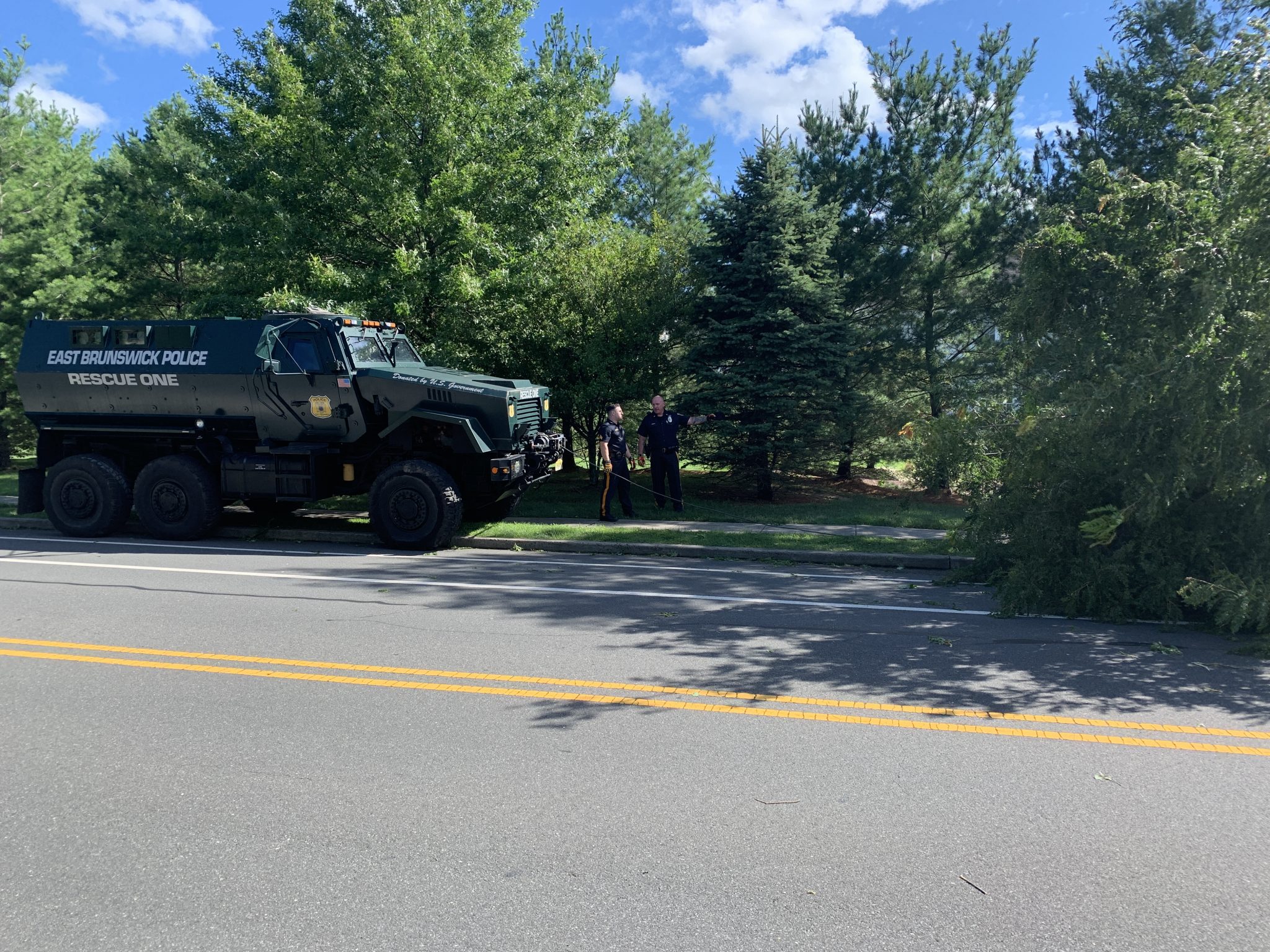 EAST BRUNSWICK–With the state no longer in the path of Tropical Storm Isaias, the East Brunswick Police Department and Office of Emergency Management provided residents with updates the day after.

The Township of East Brunswick received 0.97″ of rain and sustained winds of 53mph, according to a prepared statement from the police department.

The two power companies servicing the township, PSE&G and JCP&L, are experiencing service outages due to downed power lines. The East Brunswick Police Department is unable to provide information about power outages, according to the statement.

Additionally, a team of East Brunswick police officers used its Rescue One vehicle to remove multiple trees that blocked major roadways, according to the statement.

Police Chief Frank LoSacco is asking the public assist responders by remaining at home unless absolutely necessary to leave. Emergency response is negatively impacted with increased vehicle and pedestrian traffic that is unnecessary, according to the statement. Additionally, major storms create an increased risk to life and safety for those driving, biking and walking, according to the statement.

Below are safety tips for those using generators to prevent carbon monoxide (CO) poisoning:

To Avoid Electrocution and Fire:

As always, if someone has a police, fire, or medical emergency, dial 9-1-1 immediately.

Eight candidates will vie for the three, three-year terms available on Monroe Board of Education