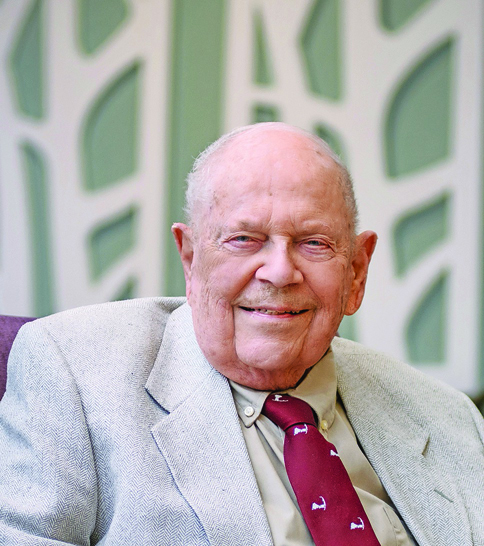 Fred T. Pregger, Professor Emeritus of the College of New Jersey, passed away on May 28, 2020, at the age of 96.  Fred was born on May 14, 1924, in Paterson, NJ, the only son of Herman and Lena Schwable Pregger.  He spent World War II in the Army Air Force as a radio instructor at Truax Field in Wisconsin.  After the war he received his BA and MA degrees from Montclair State College, and his EdD degree from Columbia University Teacher’s College.  Fred taught both junior and senior high school science in Wayne Township and West Orange, NJ.  In 1953 Fred married fellow high school teacher Betty Mayhew.  In 1955 he joined the faculty of Trenton State College, now the College of New Jersey, where he taught physics, astronomy, and teaching methods, serving as the chairman of the Physics Department.

Fred and Betty lived in Hopewell Township for 37 years before moving to Crestwood Manor in Whiting in 2001.  Following retirement, he continued to maintain a strong, lifelong dedication to teaching and education, chairing Crestwood’s resident-supported scholarship program for part-time workers, as well as writing astronomy and science-related features for the Crestwood newsletter.

Fred was preceded in death by his wife Betty and son Bruce.  He is survived by his son Brian and wife Heather, of Fort Worth, Texas.  A memorial service celebrating Fred’s long and wonderful life will be planned at a later date.