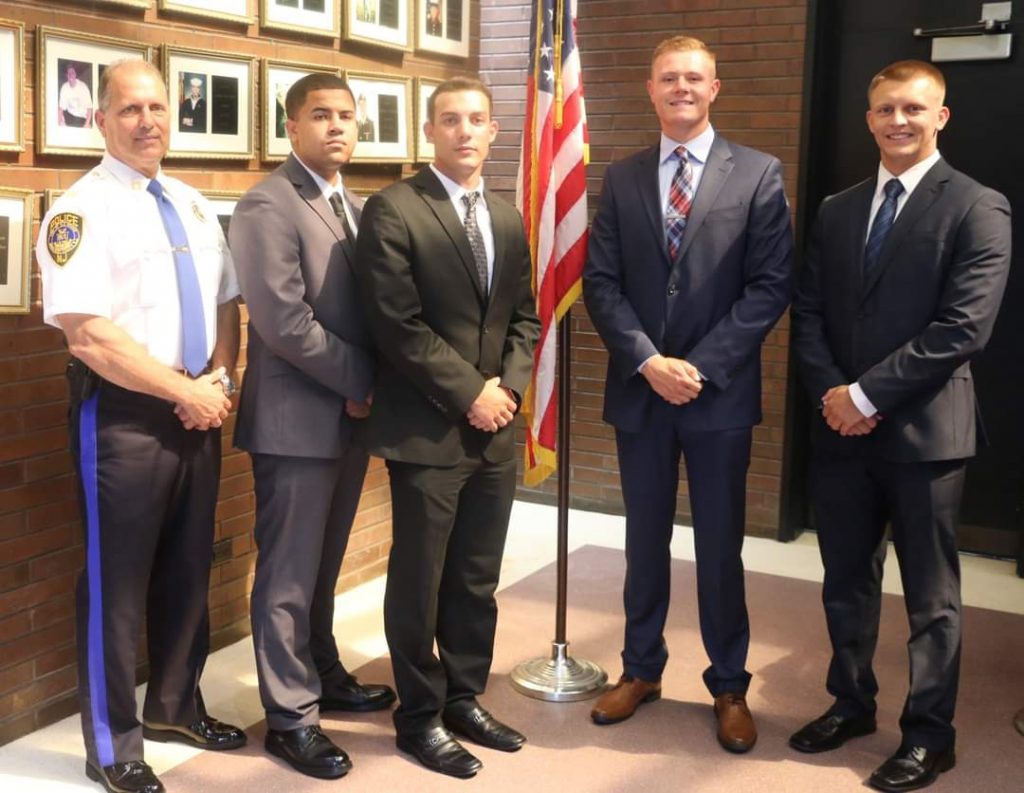 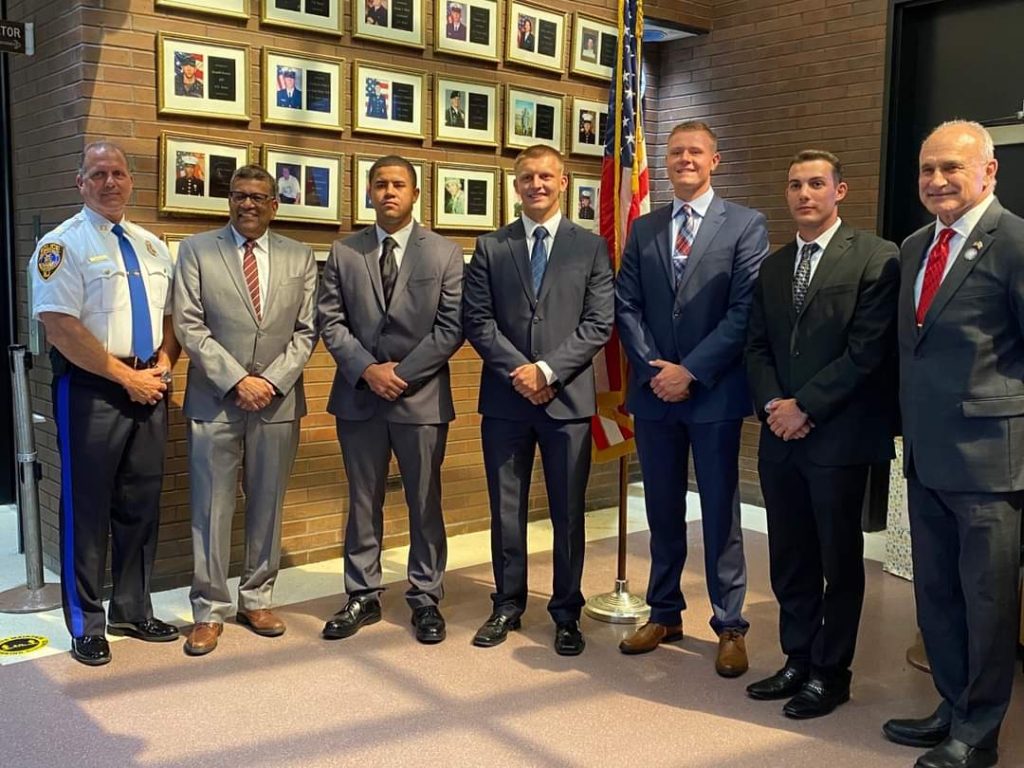 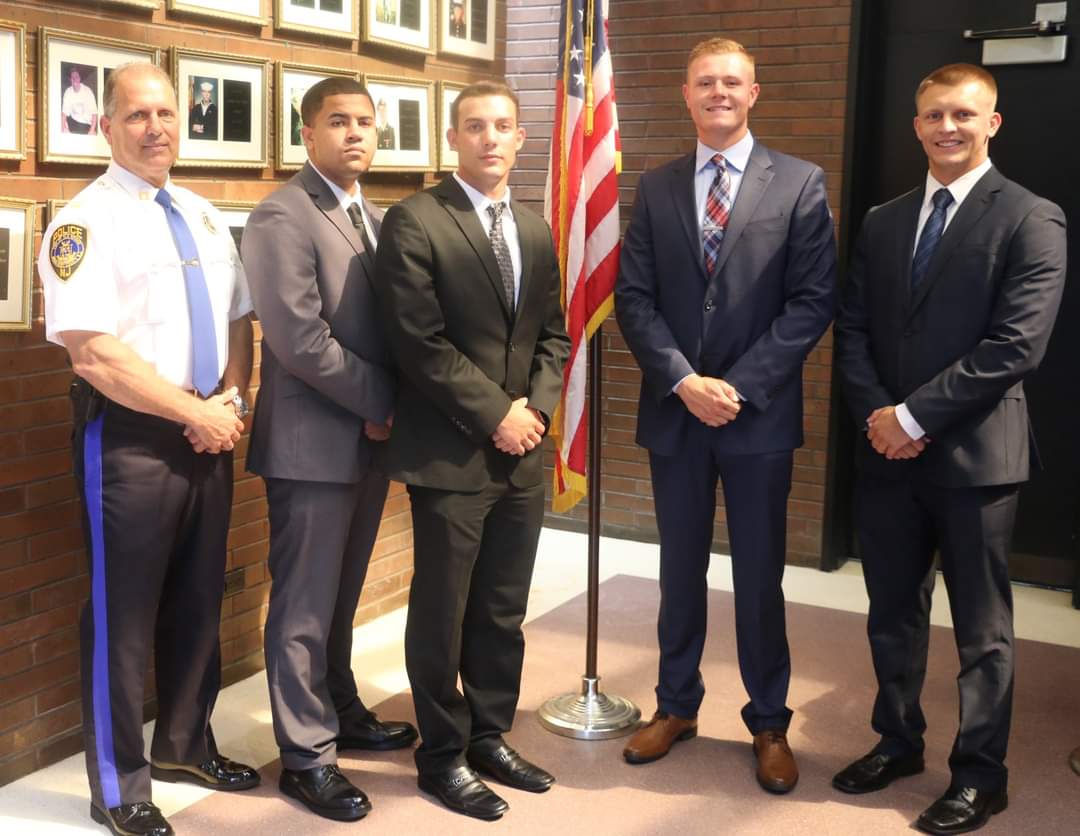 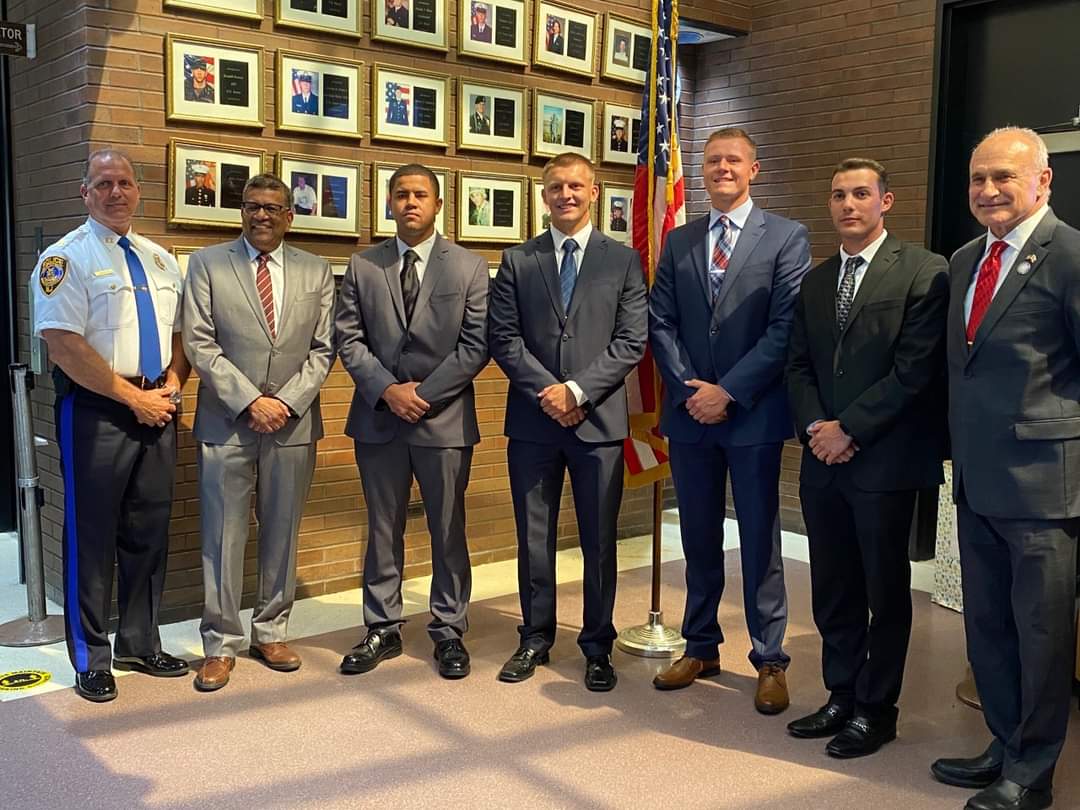 OLD BRIDGE – Two police officers have moved up in rank and four new officers have joined the roster of the Old Bridge Police Department.

Mayor Owen Henry recognized the officers at a Township Council meeting on Aug. 10. The new officers were sworn in on Aug. 6 with the mayor and Police Chief William Volkert.

Timothy Snee was promoted to sergeant. He graduated from the Monmouth County Police Academy and served as a corrections officer before coming to Old Bridge in 2005. Snee served the department in various capacities including range officer, field officer,and emergency communications officer. He is a member of the Middlesex County Prosecutor’s Office Operations Team and had been accepted into the FBI Division of Special Weapons Special Tactics School. In 2018, he was assigned to the Detective Bureau and was promoted to acting sergeant on April 1.

Both Doel and Snee have received numerous letters of appreciation from the public and have received many awards during their service.

Steven Hartman, 26, graduated from the Morris County Police Training Academy. He was honorably discharged after serving in the U.S. Marine Corps from 2014-18. For his service he received the National Service Defense medal and the Global War on Terrorism medal.

Timothy Funk, 27, comes to the department through the alternative route program. He previously served as a special law enforcement officer and Class II dispatcher in Rumson. He earned his associate’s degree from Brookdale Community College and bachelor’s degree in criminal justice from New Jersey City University.