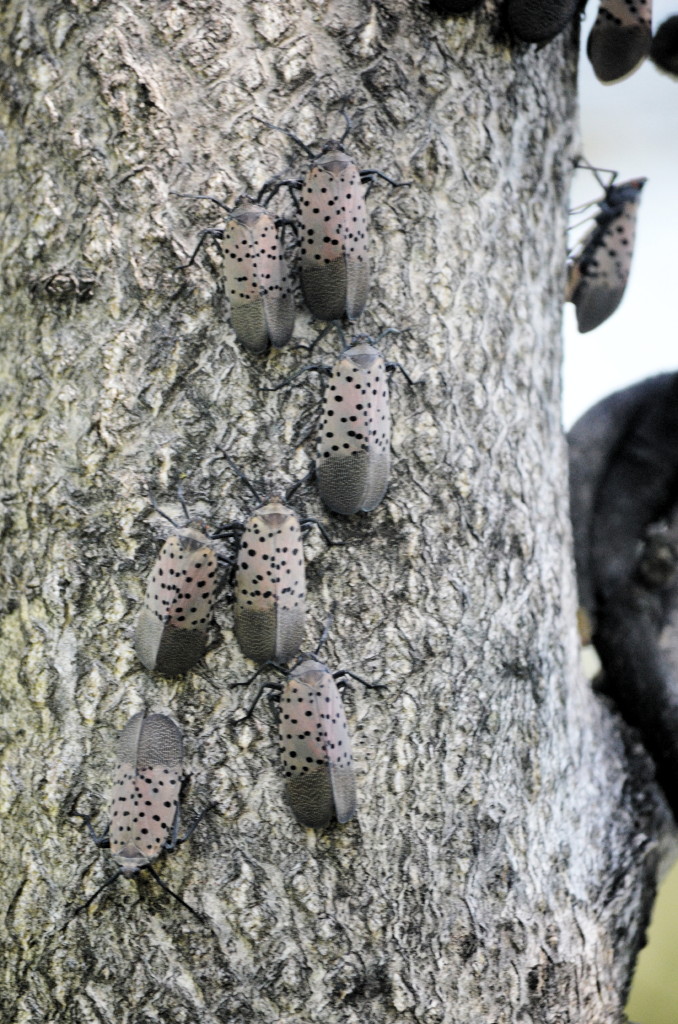 New Jersey Department of Agriculture Secretary Douglas Fisher has announced information and instructions for residents who encounter the spotted lanternfly as the department continues to receive calls about the exotic invasive insect.

“We have been working diligently to slow the advance of this bug,” Fisher said. “We are targeting areas where severe infestations have been confirmed and we also encourage residents to destroy the spotted lanternfly if possible when they see it. It will take a combined effort to help keep this pest from spreading.”

While the spotted lanternfly is no threat to humans or animals, it is known to feed on 70 types of plants and trees. It is native to China and South Korea, but arrived in the United State in Berks County, Pa., on a shipment in 2014.

The species has been advancing ever since, causing Pennsylvania to have 26 counties currently under quarantine, according to the press release.

The spotted lanternfly is a plant hopper and can only fly short distances. However, it is an excellent hitchhiker and has been known to ride on any kind of transportation.

The department asks that anyone who travels in a quarantined county do a quick inspection of their vehicle for the spotted lanternfly before leaving, according to the press release.

The New Jersey Department of Agriculture and USDA-APHIS have crews throughout the state that are working to treat areas where infestations have been reported.

If a resident has an infestation and would like to treat their own property, a list of options can be found at https://bit.ly/3eIuTEi. Using items such as sticky traps are not recommended as they may harm other wildlife.

While the spotted lanternfly is currently in its full adult stage, it will begin laying egg masses in early to mid-September. The gray looking egg masses can be scraped off, double bagged and thrown away. The egg masses can also be placed into alcohol, bleach or hand sanitizer to kill them. An instructional video on how to destroy the egg masses is available at https://bit.ly/3fMIw52

Residents outside of the quarantine counties can report the exact address of sightings of the spotted ;anternfly by emailing Slf-plantindustry@ag.nj.gov or by calling 609-406-6943.