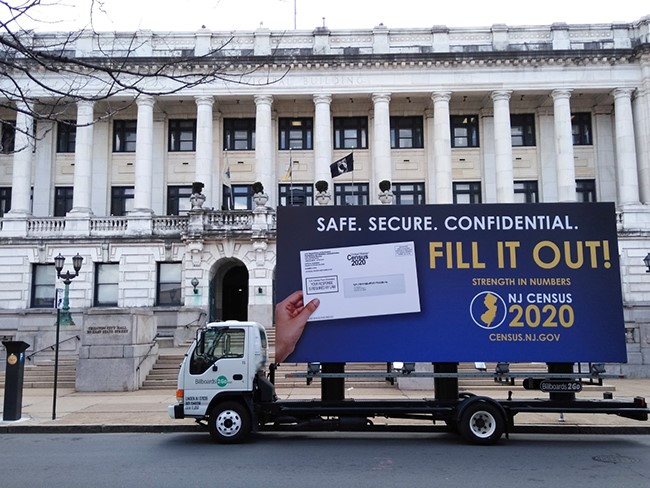 2 / 3
A mobile truck is reminding veterans and service members to get counted during the 2020 Census.PHOTO COURTESY OF BURLINGTON COUNTY 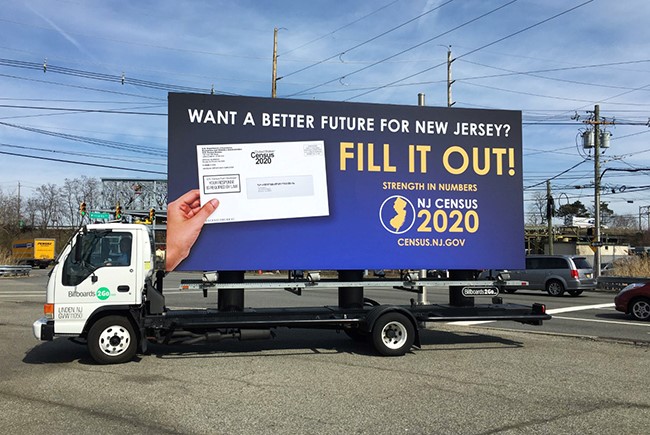 3 / 3
A mobile truck is reminding veterans and service members to get counted during the 2020 Census.PHOTO COURTESY OF BURLINGTON COUNTY
×

2 / 3
A mobile truck is reminding veterans and service members to get counted during the 2020 Census.PHOTO COURTESY OF BURLINGTON COUNTY

3 / 3
A mobile truck is reminding veterans and service members to get counted during the 2020 Census.PHOTO COURTESY OF BURLINGTON COUNTY

Census takers are on the move within Burlington County neighborhoods as part of this year’s decennial count, and Burlington County’s freeholders continue to encourage residents to self-respond in order to ensure they are counted.

Veterans and service members living in the county are among the populations officials are concerned might get missed.

“There’s no reason to wait for a Census worker to show up at your doorstep. We want residents to know they can get counted right now by filling out the questionnaire online or by phone,” Burlington County Freeholder Tom Pullion, the board’s deputy director, said in a prepared statement.

An estimated 29,527 veterans were living in Burlington County in 2018, according to recent Census Bureau estimates.

Service members and veterans are expected to respond to the Census if they were residing outside military barracks or on-base group housing on April 1, according to the statement.

To encourage more residents to self-respond, a billboard truck advertising the Census and its importance will travel through Burlington County on Aug. 15 and make multiple stops in locations in North Hanover, New Hanover and Wrightstown before heading west through the county to stops in Palmyra and Maple Shade.

North Hanover, New Hanover, and Wrightstown have the three lowest self-response rates in Burlington County, according to the statement.

All three communities are adjacent to Joint Base McGuire-Dix-Lakehurst, New Jersey’s largest military installation and the state’s second largest employer.

“Veteran status is not one of the questions on the 2020 Census, but the population count in the state and county can still influence planning and funding for programs that assist veterans and military families here. It’s another reason why getting an accurate count is so important,” Pullion said in the statement. “We want to make sure our veterans and, frankly, all our residents have access to the services and resources they deserve.”

The deadline for the count’s conclusion is also drawing closer. Census workers have already begun visiting homes that haven’t yet responded, and the final deadline has been moved up from Oct. 31 to Sept. 30 due to the ongoing coronavirus pandemic.

“The earlier deadline makes it even more critical for anyone who has completed their form to get it done,” Pullion said in the statement. “There’s billions of dollars in funding at stake. If we don’t get an accurate population count, we won’t get our fair share of federal funding for our schools, hospitals, road and other public projects.”

Burlington County’s response rate to the Census questionnaire is currently at 73.5%, fourth best among New Jersey’s 21 counties and only a few points shy of the counties 75.3% self-response rate in 2010.

In order to promote participation in the Census, Burlington County’s government has held or participated in more than 100 outreach events throughout the county, and the county’s Census coordinator and other county volunteers have had interactions with more than 3,000 residents, according to the statement.

“Our freeholder board is committed to doing everything in our power to make sure our entire population is properly counted, but we need our residents’ cooperation too,” Pullion said in the statement. “Consider this a once-a-decade roll call. We need everyone to do their part to help our communities, but especially our veterans and military families.”