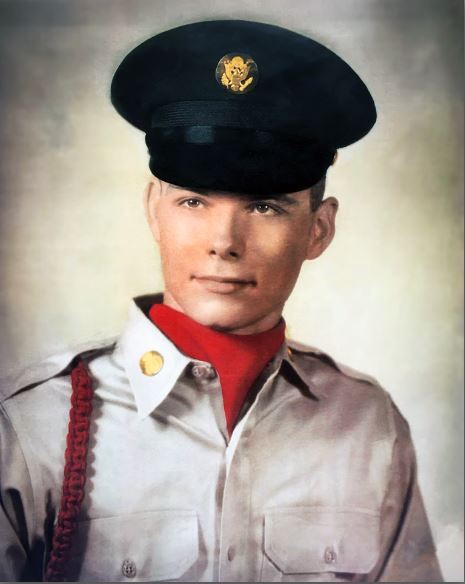 William Richard Lackie, son of John Robert & Caroline Lackie, was born July 3, 1945 in Hopewell, VA. He departed this life at home August 5, 2020 after a lengthy battle with Alzheimer’s.  He was lovingly surrounded by his family & under the care of Season’s Hospice of Delaware.  Bill had recently celebrated his 75th birthday.

Bill was baptized as a Child of God at Saint Anne’s Episcopal Church in Middletown, DE and graduated from Newark High School in 1963. While attending Newark High School, he was an avid singer/performer, participating in many theatrical productions, chorus, a capella choir/barbershop octet harmony, plays and madrigals.  While with NHS, Bill was also selected for Delaware All-State Choir and was inducted as a Thespian.

Bill enlisted in the Delaware Army National Guard and served his country honorably.  He was inspired by his father’s life-long military career, as he inspired all four of his own children to later serve in the military.  After his military service, Bill was employed by Chrysler in Newark, then by Conrail (CTX) in Philadelphia, as a systems analyst. He continued in this capacity until retirement in 2001.

The family would like to thank Bill’s long-time partner & friend Kathleen and her beautiful family for their many years of friendship, love and care.  Bill and Kathy’s mutual love of the theatre/singing was enjoyed together and Bill continued to sing with Kathy and fondly serenaded her and his family for many years to come.  In the final years, Bill and Kathy were singing/volunteering with the Newark Senior Center’s ‘The Songbirds’ and we are grateful that music therapy was one of the last things that connected Bill, as he continued his battle with Alzheimer’s.  Music continued to be played in his room until the end.

The family would also like to graciously thank Bill’s care team at Season’s Hospice (Susan, Bret, Doug & Jennifer), Southside Family Practice (Dr. Horn and Allison Ford), HomeInstead (Valentina, Zadine, & Doris), Neighborly Home Care (Sharon, Jackie & Angela), and AmeriHealth Long Term Home Care (Deanna).  We would not have been able to honor our father’s final years and wishes without the dignity, graciousness and respect that he received with all of your loving, kind support.

William Richard Lackie will be honorably interred at Delaware Veterans Cemetery, followed by a Celebration of Life (to be announced) once COVID-19 restrictions have been lifted.  In lieu of flowers, memorial donations may be made in Bill’s memory to the Alzheimer’s Association of Delaware Valley.  https://www.alz.org/delval

Letters of condolences can be sent via www.pippinfuneralhome.com