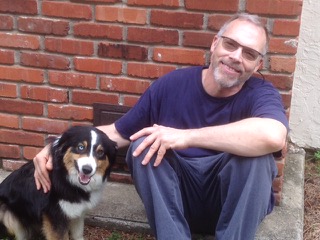 Born in White Plains, NY, on May 31st 1952, Bill’s family moved to Pennington, NJ when he was a child where he attended the Pennington Grammar School and the Tollgate Jr High. Bill raised and raced pigeons, was a Boy Scout in Troop 41 of Pennington, was inducted into the Order of the Arrow, attained the rank of Eagle Scout, and served as a summer camp counselor at Ten Mile River Scout Camps.

Bill graduated from Hopewell Valley Central High School in 1970 and Ramapo College in 1973 with a Bachelor’s degree in Environmental Studies. He was hired by the Solar Energy department for the State of New Jersey, where he did research that made its way to Ralph Nader’s work. After the Solar office was closed, Bill became a trouble-shooter for the corporation that became Knight Ridder and volunteered as a Big Brother in Big Brothers/Big Sisters of New Jersey.

An avid motor-cycler and contra dancer, Bill met his wife Jean at a dance in New Jersey in 1986. They married in 1987 and immediately moved to Kansas where Bill worked as Manager of Special Projects for Knight Ridder Financial, and received his MBA in 1993 from Rockhurst University. He volunteered at Santa Fe Trail Elementary School where his children attended, staffed the hotline for the Lyme Association of Kansas City for several years, and along with his wife and daughter joined the River and Prairie Storyweavers, where they enjoyed telling stories at many cultural events.

Family was of greatest importance to Bill and he was a loyal friend, keeping close with loved ones despite time and distance, including special friends Charles Davis and Steve Kichen, his sisters Bobbie (Barbara) Groth [Don Lawson] of South Milwaukee WI and Charlie (Susan Charles) Groth of Lambertville NJ, and his brothers Dan [Norene Hargis] of Greens Fork IN and John [Ranelle Petrucelli] Groth of Newark DE and their families. He and Bobbie co-authored an annotated documentary biography of their great-great grandfather Ephraim Nute, Jr., an abolitionist Unitarian minister in Lawrence, Kansas.

The Shawnee Mission Unitarian Universalist Church in Lenaxa, Kansas, Bill’s community for many years, will conduct a memorial service on Zoom on August 23, 2020 at 3:00 pm Central Time. Friends may contact the family or the church online to receive a link to attend the service.