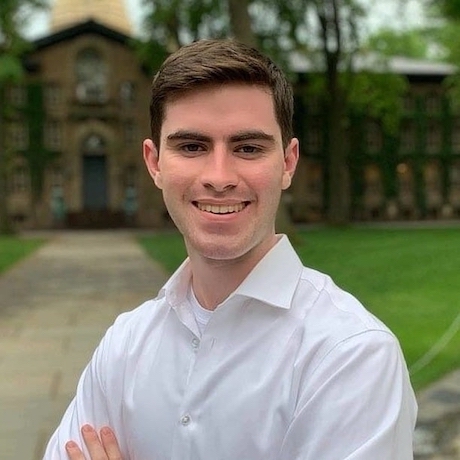 Daniel Hurley may have two jobs right now, but the 2017 honors graduate of Mercer County Community College (MCCC) has one unifying vision: to advance human rights in U.S. foreign policy.

Hurley, who graduated last year with a bachelor’s degree in political science from The College of New Jersey, is currently a full-time legislative aide for state Assemblyman Daniel R. Benson, where he performs legislative work and manages constituent outreach, according to information provided by MCCC.
At the same time, Hurley, formally a fellow, is the program manager for a Washington D.C.-based think tank called The Hay Institute, where he is leading the research and development of an upcoming report assessing the state of human security in the United States, according to the statement.

Hurley explained that human security is an approach to understanding global vulnerabilities that is fairly new in international relations.

“It is a paradigm that grew in prominence in the 1990s and focuses on understanding how enhancing the security of the individual can lead to greater national security and subsequently a more stable international environment,” Hurley said in the statement.

The Hay Institute is a nonprofit, nonpartisan think-tank organization founded with the mission of promoting discussion of human security around the globe. Hurley’s research will become part of the institute’s Annual Report series, which serves as a resource for scholars, government agencies and civil society, according to the statement.

Hurley, who has been interested in this domain of international affairs for quite some time, has suddenly found his research uncannily timely in light of the COVID-19 pandemic. He explained that human security is broken down into several areas, with health security being one.

“The ongoing pandemic has revealed how a global public-health crisis can exacerbate existing insecurities and generate new vulnerabilities experienced by individuals and nations as a whole,” Hurley said in the statement. “Whether that be high unemployment (economic insecurity), widespread food insecurity, or even the onset of political insecurity.”

For Hurley, his work with The Hay Institute is a dream come true for the political science major who has been interested in politics, U.S. foreign policy and human security both before and throughout college, according to the statement.

“Before coming to MCCC, I had engaged in domestic politics by working on several political campaigns as a volunteer and intern, including for former Congressman Rush Holt, Assemblyman Daniel Benson, Congresswoman Bonnie Watson Coleman and Plainsboro Township Committee candidates,” the former MCCC honors student said in the statement. “While at MCCC, I was also elected to my first term as a county committeeman for the Middlesex County Democratic Organization.”

Hurley explained that he has always been drawn to domestic politics and global affairs, with an “ultimate goal of pursuing a career in public service.” But prior to entering college, Hurley was uncertain which major he felt most passionate about based on his varying but related interests.

“I decided to attend MCCC and pursue the liberal arts major because it provided a multidisciplinary curriculum that allowed me to explore, and eventually narrow down, my academic interests,” he said in the statement.

After his first semester at MCCC, Hurley gravitated toward international affairs and decided that his professional ambitions aligned with a career in U.S. foreign policy. During the summer of 2019 he had the opportunity to engage in U.S. foreign policy by completing an internship with Senator Bob Menendez’s staff for the Senate Foreign Relations Committee in Washington, D.C., according to the statement.

Hurley’s next stop will be graduate school where he will pursue a master’s degree in security studies, specializing in the nexus between human rights and national security.

Plans are in place for after he completes graduate school as well.

“My objective is to serve as a foreign affairs officer with the Bureau of Democracy, Human Rights and Labor at the Department of State, crafting U.S. foreign policy that advances human rights and human security,” he said in the statement.