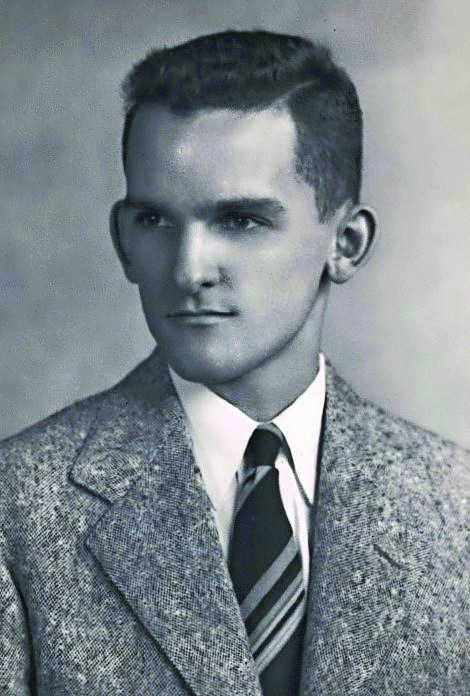 Richard Stockton Snedeker, of Princeton, NJ, passed away on August 16, 2020.

Born in Brooklyn, NY, on April 14, 1927 to Leonard and Annis Snedeker, “Dick” attended Poly Prep Country Day School. He served in the U. S. Navy from 1945 to 1946. He graduated with a bachelor’s degree in aeronautical engineering from Princeton University in 1951 and received a master’s in 1961.

Initially employed by the Princeton University Press as a technical illustrator and editor, Dick moved on to work at Aeronautical Research Associates of Princeton (ARAP), where he spent his 40-year career working in the field of experimental fluid dynamics. He published nearly 100 papers and received five U. S. patents. He retired from ARAP in 1997.

Dick married Mary Ellen Burroughs in 1952. They moved to West Windsor in 1957 where they raised their three children. Dick added two major additions to their Grover’s Mill home, doing all the carpentry, plumbing, heating, electrical, and roofing work himself.

A beloved fixture in many aspects of the local scene, Dick served as a board member for the Princeton Small Animal Rescue League for three years. He was also a member of the West Windsor-Plainsboro School Board for 12 years, serving as president for four. He co-authored the plan to regionalize West Windsor with Plainsboro and played a significant role in the construction of the first West Windsor-Plainsboro High School.

Dick was chairman of the Grover’s Mill Pond Task Force, which successfully revitalized the pond. He also served as a board member for the Friends of West Windsor Open Space (FOWWOS) which protected areas of the township from development.

After retiring from ARAP, Dick gave walking tours of Princeton for the Princeton Historical Society and was a docent at the Morven Museum. He helped found the West Windsor Arts Council and constructed large “Fabulous Forms” sculptures in his home woodshop for township children to paint during the council’s spring celebration. He also wrote the popular column Looking Back for the West Windsor-Plainsboro Community News, relating fun facts and anecdotes about West Windsor history.

An IC4A champion miler while at Princeton, Dick competed in area road races for many years, usually winning his age-group. He officiated Princeton cross-country and track meets and received the Larry Ellis Alumni Award for his service.

Dick enjoyed taking his family on camping trips to places such as Nova Scotia, Lake Michigan and Cape Hatteras. Later in life, he and Mary Ellen found immense pleasure in semi-annual trips to numerous destinations around the globe, with western and eastern Europe as particular favorites. Dick was a master woodworker and his hobbies included building furniture, making art, and family genealogy. He and Mary Ellen especially loved German band music, Gilbert and Sullivan and John Philip Sousa.

Dick and Mary Ellen were married for 60 years until her passing in 2012. Dick is survived by his children Jenky Snedeker and her partner Kevin McCue of Essex Junction, VT, James Snedeker of Sunderland, MA, and Amy Snedeker of Pennington, NJ; three nephews: Robert Taylor of Asbury, NJ, Robert Snedeker and his wife Fran of Larchmont, NY, Don Snedeker and his wife Victoria of Falls Church, VA; two grandchildren: Laurel Jenkins, her husband Matthew Kent and their son Desmond of Middlebury, VT and Peter Dugan, his wife Angela, and their children Siena and Caleb of Hopkinton, MA.

The Snedeker family offers thoughts and prayers to all those suffering from Alzheimer’s disease and dementia. Dick and Mary Ellen were huge animal lovers all their lives. In lieu of flowers, donations may be made to SAVE, A Friend to Homeless Animals, 1010 Route 601, Skillman, NJ 08558.