Mayor Matt Scott will begin a new search for an Office of Emergency Management (OEM) coordinator after his recently appointed pick, Susan Goetz, declined the position.

Scott had originally appointed the Cranbury resident and former township committeewoman and mayor to her new position at a Township Committee meeting on Aug. 24.  Under state law, Goetz would have served for a three-year term as OEM coordinator.

“I have asked Mayor Scott to find someone else to take the position. I knew I had things to learn but what took me by surprise was the harsh criticism of the appointment, some of it by people who I believed respected me for previous efforts I had undertaken on behalf of the community,” Goetz said. “I learned while on the Township Committee to have a tough skin when it comes to criticism but I decided it could become problematic and distracting and I would be unable to effectively to do the job and ignore this. It was unfair to the mayor and the police chief and the rest of the OEM Committee to be distracted by the chatter.”

Scott added that he will go back to the drawing board to establish a new short list of names to select a new OEM Coordinator.

“It was a tough decision for sure. I was honored to be asked by people I respect to do the job for my community. The people who know exactly what the job entails and what my skill set is were confident that I would be effective in the position,” Goetz said. “This made me confident that I could take it on.”

Since Goetz’s appointment on Aug. 24, questions were raised from members of the committee about the process of her appointment and her meeting the qualifications for the position.

According to part of the state law for Municipal OEM Coordinators (Directive NO. 102), coordinators shall have a minimum of two years experience in the planning, development, and administration of emergency response activities such as those provided by police, fire, rescue, medical or Emergency Management units either in the public or private sector or in the military service.

“I want to be clear I highly respect Susan (Goetz). I will do whatever I can to help. If the law has requirements for qualifications and those qualifications are in question we should all be seeking clarification,” Township Committeeman James Taylor said. “It is a question in my mind if a proper process followed, as the personnel subcommittee was never consulted about the change in process, candidates sought and qualifications of all candidates considered.”

Township Committeewoman Evelyn Spann said that she was blindsided by the appointment.

“It is not my appointment to make but we did not have time to react and look at the code to confirm prior to the appointment. Susan [Goetz] is a good person and smart person, if she did not think she could do this she would not have accepted the position,” she said. “But I do have questions. I would just have liked to have had the opportunity to ask questions to educate myself, not to in any way to question his appointment. I would have asked that we pump the brakes on this appointment to get our heads around it.”

Deputy Mayor Mike Ferrante said he was pleased with the selection of Goetz. He said she brought a wealth of knowledge and local township experience to the position.

“The local experience is first priority, and second is how she got that experience. I think the exposure she got with different groups and organizations in town as a township committee member is a critical part of her experience,” Ferrante said. “I also do not see her appointment as political or driven by politics in any way, shape or form.”

In addition to some questions about meeting specific qualifications, accusations of political patronage from residents through an online forum regarding Scott’s recent appointment had sparked responses from both Goetz and Scott.

“This is a complete distraction. The OEM coordinator makes decisions based on what the police department or state OEM tells them,” Scott said in denying that the appointment was politically motivated. “Susan Goetz is someone who I believe is highly qualified and I trust her judgment. I had no desire to make this choice and this was not on my agenda. I never sought out for any political advantage or to defund the police.”

Goetz, who holds the current position of chairwoman of the Cranbury Democratic Committee, also denied any accusation that her appointment was political patronage. Scott is a Democrat.

“Yes, I serve as Democratic Committee chairperson. That has nothing to do, I have been assured, with the request by the chief of police and mayor to serve in this OEM capacity,” she said. “Nor will it have any impact on my carrying out the duties of the OEM coordinator. There is no overlap and no one has suggested I decline either position due to conflict.”

The need arose for the appointment when township officials were made aware that Cranbury was in violation of a state statute for the Municipal OEM coordinator position, which requires that the holder of the position be a resident of the municipality in which they serve. State law supersedes Cranbury’s municipal code which had stipulated that the OEM coordinator only had to be a Middlesex County resident.

Chief of Police Rickey Varga has been OEM coordinator for Cranbury during his tenure and with his retirement going into effect in September he will no longer be in the position. Officials also recently learned that Varga could not have been eligible for position currently due to the residency requirements. Lt. Michael Owens who has been tapped as Cranbury’s next police chief is also not eligible for the coordinator position because he is not a resident of Cranbury.

“It is very important that everyone understands that whole issue of the new OEM coordinator was not of my making. It was brought to my attention by Township Administrator Denise Marabello and Chief of Police Rickey Varga, who had been made aware of the fact that our current police chief and now our next police chief to be appointed Lt. Michael Owens are not eligible to be OEM coordinator, based on town and state statute,” Scott said. “That was brought to there attention by Township Committeeman James Taylor.”

Before the appointment of Susan Goetz, Scott was informed that no other officer within the police department would be eligible to take over the coordinator position.

““I wanted to appoint a police officer, but I was being told it would not be possible, which is why I decided to choose someone from town who I thought was reasonable and qualified,” he said. 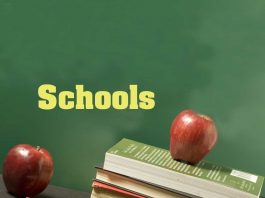 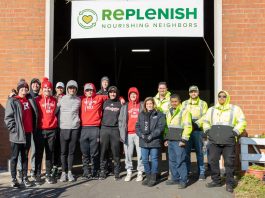 Turkeys weighing in over 14K pounds were distributed in Replenish’s annual...