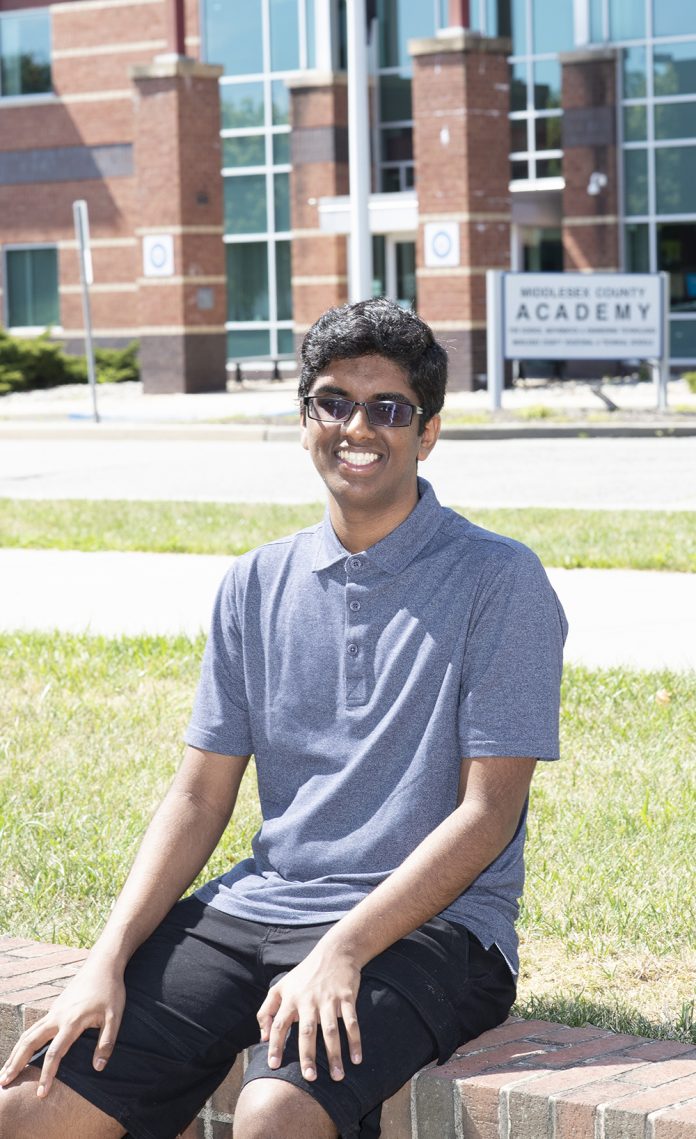 EDISON – In an effort to prepare himself for Advanced Placement (AP) exams in calculus and physics, Avinash Kumar signed up for classes at Middlesex County College.

It was the summer of 2017 before his sophomore year of high school.

“At the time, my high school, the Middlesex County Academy for Science, Mathematics, and Engineering Technologies, did not offer many AP courses,” he said. “While this did not prevent me from taking the AP exams, it did put me at a severe disadvantage when it came to preparing for the exams.”

Kumar, of Edison, has joined a growing number of students who are taking advantage taking classes at Middlesex County College (MCC) while still in high school.

Hooper said she believes two major factors play are role in the growth.

“First, school districts are organizing and promoting options for their students better, making sure they understand they have numerous post-high school choices,” she said.

“That’s where we come in because of our flexibility and low cost,” she said, noting that is the second factor. “High school students can take a three or four credit class for $125, including tuition and fees. Parents love that they can save literally thousands of dollars by having their kids take classes that will transfer to a four-year institution.”

Other advantages include allowing students to get used to the college experience, the amount of work, and what is expected of them in a college setting.

“It allows you to build up your academic profile and it helps solidify your career goals,” Hooper said. “You may think you are interested in one field, but after taking a class or two, decide that it’s not for you. It’s much better to find that out before you are too far along.”

For Kumar, he gained experience in balancing the challenging workload of his MCC courses and his usual high school workload.

“I pulled through largely due to my extremely supportive MCC professors and having developed a much stronger work ethic,” he said.

This fall, Kumar will attend the New Jersey Institute of Technology on a full scholarship as part of the accelerated BS/MS (bachelor’s and master’s degree) program at NJIT’s Albert Dorman Honors College. He is planning a career in information technology.

“MCC served as a bridge between high school and NJIT,” he said. “The class sizes were small and the professors were supportive.”

For high school students thinking about taking college courses during their high school years, Kumar suggests starting as early as possible and introducing “yourself to your professor and let them know about your situation either before or during the first class.”

Hooper said another factor in the growth was outreach to charter and non-public schools in the area. MCC went from serving 22 schools in 2016 to 37 today.

“In the past, many of the parents were focused on four-year schools, but we’ve been reaching out to explain why we’re a viable option,” she said. “It’s becoming a great resource for their students. They especially like hearing about MCC’s transfer agreements.”

“Just like Mr. Kumar, students can actually earn a college degree while still in high school,” Hooper said, adding she expects several students will graduate from MCC in May 2021 and East Brunswick High School the following month.

“Most lean toward our liberal arts majors, but we also have students interested in science and business,” she said. “Essentially, they can set their own pathway. Our hope is that we’re part of the process for these students, whether it’s one course, or 10 courses, or a degree.”