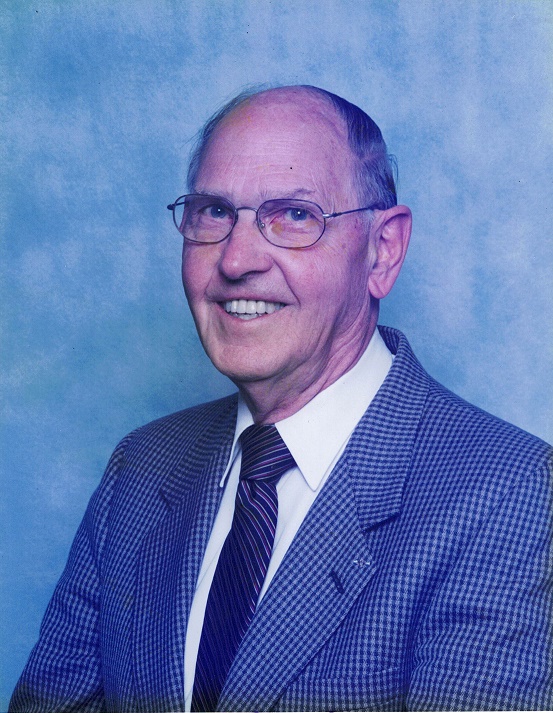 John Lowell Johnson died peacefully on September 6, 2020. John was born on March 18, 1926 in Butte, Montana. He graduated from Butte High School in 1943, received a BS in Engineering Physics at Montana State College (now Montana State University) in 1949, an MS in Physics in 1950 and a PhD in Physics in 1954 from Yale University. His college education was interrupted for two years when he served in the United States Navy, becoming an ETM1/c and serving on the Destroyer Minesweeper USS Carmick, DMS 33, as it swept mines in the South China Sea. While in school, John was elected to membership in several honorary societies, the National Honor Society, Phi Eta Sigma, Order of Collegiate Knights, Tau Beta Pi, and Sigma Xi, which he served as Secretary-Treasurer, Vice President, and President of the Princeton Chapter.

John joined the Commercial Atomic Power Department of Westinghouse Electric Corporation in 1954 and was lent to Princeton University in 1955 to work at Project Matterhorn, the University’s fusion energy program, for one year. His stay was extended annually for the next thirty years, at which time he retired from the Westinghouse Research and Development Center as a Consulting Scientist (the corporation’s highest non-managerial title) and joined Princeton University as a Principal Research Physicist in the Theory Division of its Princeton Plasma Physics Laboratory (the name given to Project Matterhorn when the fusion program was declassified). He retired in 1995 but continued to work for several years as a consultant. While at Princeton he served as Chairman of the Laboratory Patent Committee, on the Space Committee, and as a member of the Program Committee. His interests centered on magnetohydrodynamic equilibrium and stability studies of toroidal systems with an emphasis on tokamaks and stellarators, on which he published over 100 refereed papers. He collaborated with many physicists internationally, and spent significant periods at the Culham Laboratory in England, Nagoya University, Kyoto University, and the National Institute for Fusion Studies in Japan, the Australian National University, Max Planck Institute for Plasma Physics in Germany, Trieste University in Italy, and Los Alamos National Laboratory. John was a Fellow of the American Physical Society and served as Secretary-Treasurer of its Division of Plasma Physics. He chaired the organizing committee for several meetings of the APS Division of Plasma Physics and associated fusion theory conferences, organized two Atomic Energy Agency International Conferences on Plasma Theory and Controlled Nuclear Fusion Research, and served on the Board of Editors of the journal Plasma Physics.

His major community contribution was through the Princeton United Methodist Church, where he served as delegate to the Southern New Jersey Annual Conference, financial secretary, and a member of its Board of Trustees. He was very proud of his activity with Boy Scout Troop 88, for which he was Committee Chairman, an Assistant Scoutmaster, Eagle Advisor, and Scoutmaster (for sixteen years) as well as a member of the Stony Brook District Advancement Committee. He was honored for this service with the George Washington Council’s Silver Beaver Award. Under his encouragement his son, godson and grandsons all achieved the rank of Eagle Scout.

During their 69 years of marriage, John and Barbara were blessed with the opportunity to travel extensively in Europe, Asia, Australia, New Zealand, North and South America. He loved spending time hiking in the Rocky Mountains and visiting children and grandchildren.

John was pre-deceased by his parents, Lowell Wallace and Esther Thornwall Johnson, his sister, Genevieve Jean Johnson, and his brother, Robert Clifton Johnson. He will be missed by his wife, Barbara Hynds Johnson, and his children, Lowell John Johnson and Michelle Dansereau Johnson of Raleigh, North Carolina, Lesley Johnson-Gelb and Steven Gelb of Oakland, California, and Jennifer Johnson Goodall and David George Goodall of Mill Valley, California, seven grandchildren and one great granddaughter.

The family wishes that any memorials made in his name be directed to the Rocky Mountain Conservancy (www.rmconservancy.org) or the Princeton United Methodist Church’s Appalachia Service Project (princetonumc.org).