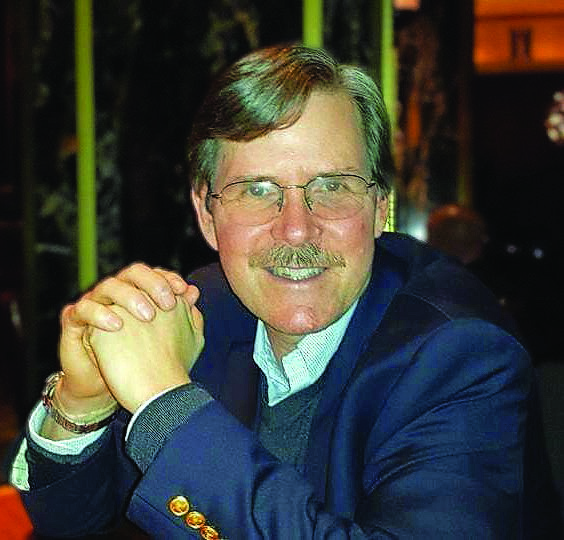 Richard George Broad, a loving husband, devoted father, valued colleague and avid sportsman passed away peacefully from pancreatic cancer on August 28, 2020.  Born on January 8th, 1955, in Washington, D.C., Dick is predeceased by his parents, Henry Sawyer Broad and Barbara Bishop Prentice Broad, whose family arrived in this country in the 1600s and helped found the town of Guilford, CT.

Dick grew up in Princeton, NJ, with his sister Louise (Lavine) and brother, Bill Broad. He made many friends growing up. He attended Princeton High School, where he was inducted into the Athletic Hall of Fame, and Middlebury College in VT, where he graduated Phi Beta Kappa in 1977. After college, Dick came to Hartford, CT, to teach English and coach tennis and soccer at the Watkinson School. There he met Patti Ellen Mantell, the love of his life.

Dick and Patti married in West Hartford in 1983 and had two wonderful children, Kathryn Lara Broad and Benjamin Charles Mantell Broad. Dick moved on from education to a successful career in consulting and project management at CACI (VA), where his work guided the Department of Defense and Veterans Affairs. His clear, concise writing style was instrumental in making complex concepts understandable for his company and members of Congress. He was universally loved by his colleagues.

Dick prized education, intelligence, and a sharp mind, enjoyed watching his favorite game show, Jeopardy, and was a passionate reader. He maintained a love for sports throughout his life, playing tennis and watching his two favorite teams, the New York Giants and the UConn Huskies women’s basketball team. His daily walks with Patti were a familiar presence in the neighborhood as well as in favorite places, particularly Sedona, AZ, his second home, and his family’s summer compound in Cape Rosier, ME. Dick also loved music and the arts and performed in community theater productions of Fiddler on the Roof and Guys and Dolls, among others.

Dick had a smile for everyone, listened carefully to others  and was thoughtful and kind. He supported and encouraged those around him. He had patience and grace. He was fun loving.

We love you forever, like you for always, as long as we’re living, our husband/father/friend you’ll be.

In lieu of flowers, donations may be made in his name to the ACLU,  the Environmental Defense Fund, or No Kid Hungry. A celebration of Richard’s life will take place on September 26, 2020, from 1 to 4 p.m. at the Hartford Golf Club.