Keep your mask on, this proposal has “stink” all over it.

I’m referring to the proposed building of 70 housing units, 69 designated affordable housing, in the rear of the Lawrence Shopping Center.

The housing units will be built on 4.1 acres. This type of dense public housing was proven to be a failure decades ago. This is why the federal government had to award grants to cities and towns to tear them down.

Aside from that, let’s look at where they are going to build. I’m sure the families living there will enjoy the wonderful view of the rear of the shopping center. Many of these housing units are likely to have children. I guess they can play in the middle of Texas Avenue, or better yet, they can try to play in their backyards while they dodge 18-wheel tractor-trailers delivering goods to the shopping center stores.

The store’s loading docks are located in the rear of the shopping center. And let’s not forget when it rains heavy. That area always floods along with the small stream that the storm drains for that area empty into. Maybe as a house warming gift the township can include life jackets.

Regarding traffic, on the side of Texas Avenue where the housing would be built, there are No Stopping or Standing signs posted. This indicates that Texas Avenue is not a wide street and has a lot of traffic. It could not be used as an alternate site for parking for the proposed complex.

The leaders of Lawrence Township, especially the councilman who represents this area, should be ashamed to propose housing that will create such deplorable living conditions for the families who live there.

An alternative location that would make a lot of sense for this project would be the former Towbin Chevrolet site on Spruce Street. There should be no environmental issues because the township was previously going to allow a Walmart to be built there. The site is presently an eyesore with the abandoned buildings located there. That location is much larger than the Lawrence shopping site and may be a “win-win” for all involved.

One other comment. Lawrence Township Manager Mr. Kevin Nerwinski addressed the challenges of public housing in his blog on Aug. 24. He stated public housing could not be built on the shopping center side that faces Princeton Pike due to environmental concerns. The Lawrence Township Planning Board addressed building public housing in the rear of the shopping center along Texas Avenue at its meeting on July 20. If he wanted to keep the residents informed regarding this subject, why did he not speak about the proposal to build along Texas Avenue in his blog on Aug. 24? 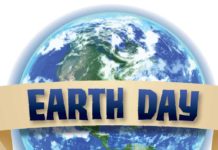 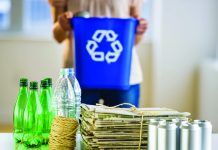 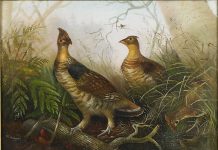 Opinion: Save the Sourlands