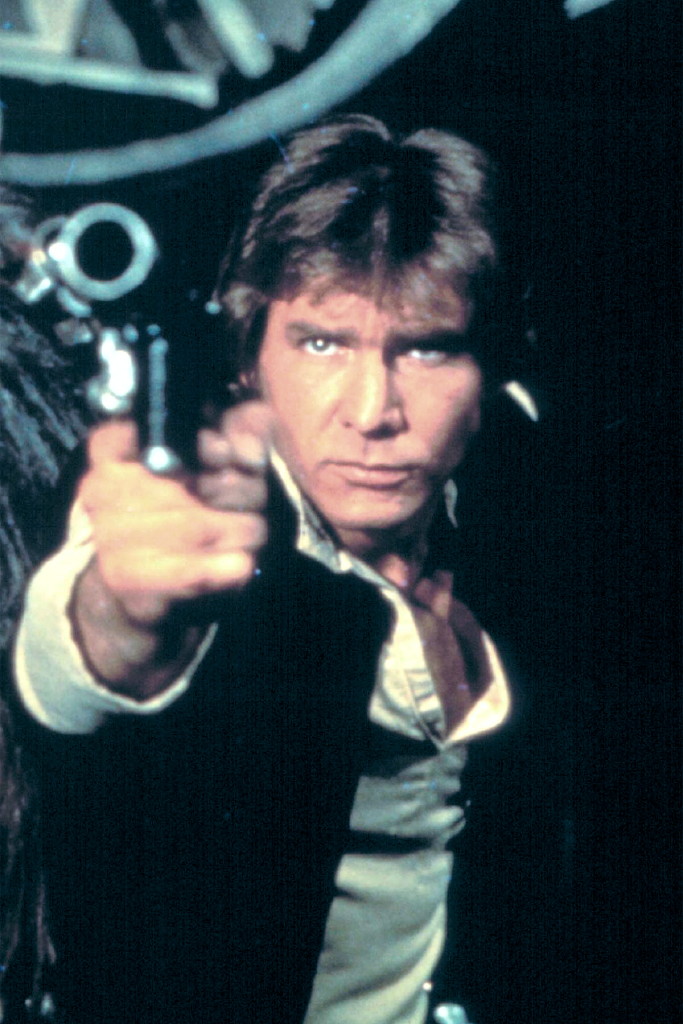 The 1980s had its share of popular muscle-bound action movie heroes played by Schwarzenegger, Stallone and the like. But the decade’s standout came in the form of a non-bodybuilder type who offered complexity with his incredible physical performances — Harrison Ford.

Looking at box office and lasting cultural impact, Ford is the undisputed king among ’80s movie stars. He headlined five of the 10 highest-grossing films of the decade — The Empire Strikes Back (1980), Raiders of the Lost Ark (1981), Return of the Jedi (1983), Indiana Jones and the Temple of Doom (1984) and Indiana Jones and the Last Crusade (1989) — in which he personified two iconic characters that remain favorites.

Empire and Jedi saw Ford returning as Han Solo, the smuggler turned reluctant hero introduced in 1977’s Star Wars. The other three films featured a Ford character that has become at least as popular as Solo — daring archaeologist Indiana Jones.

Ford’s charismatic performance as Jones — including having Indy show pain and a fear of snakes — made that character more human than other action heroes of the era. Dr. Jones also wielded his Ph.D. as capably as he did his whip, using brains along with brawn to escape jams.

Sandwiched between Ford’s blockbusters in the ’80s were other roles that solidified him as a wide-ranging movie star. In 1982, he played Rick Deckard in the sci-fi future noir Blade Runner.

Ford also established himself as a dramatic actor in the ’80s in more down-to-earth films. He received a Best Actor Oscar nomination in the 1985 hit Witness, then starred in The Mosquito Coast (1986) and Frantic (1988).

Past, Present And Future

Do you like the new ‘Dancing With The Stars?’

Will there be more episodes of ‘Away’ on Netflix?