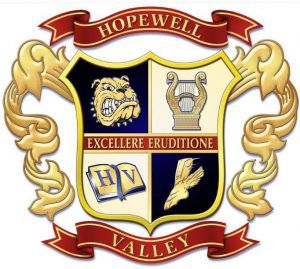 Since Board of Education approval more than two weeks ago, a new normal has resumed at the school district secondary level in Hopewell Valley for fall activities and outdoor sports.

Sports games for fall competition scheduled to begin in early October will be different from previous years, as daily screening and temperature checks are to be conducted for home and away teams; equipment sanitized before, at halftime and after games; only two player passes are being allowed for each player home and away; and parents will be spaced out six feet apart in the bleachers are just some of the changes for the new normal.

The fall play initially was only allowed nine characters, but has since been double cast to have 18 characters and another 20 crew members.

“They are doing the auditions and film virtually. The crew will be in smaller pods. Practices will be outdoors,” Superintendent of Schools Thomas Smith said. “They aren’t doing the filming on stage, each character will film off site and it will be edited all together.”

Students will need to be socially distanced and wear masks at all times during practices, while not sharing any props or rehearsal furniture.

The Marching Black and Gold has more than 35 students signed up to participate in the band this fall with Smith indicating that the marching band director expects the number to increase between 75-100 students.

Practices are to be spaced to limit the amount of participants in a pod, according to a district presentation.

When it comes to the robotics team at HVCHS, SPIKE is still working on their plan for this fall.

“Their big event has been cancelled so they are working to involve the students in some way,” Thomas said.

For Timberlane Middle School (TMS), fall outdoor sports are set for official practice to resume on Sept. 29. The sports are soccer, field hockey and cross country.

District officials have stated that as long as Phase 1 and Phase 2 for sports goes well at TMS there could be a possibility for potential games with Montgomery Middle School.

Once the district has evaluated and gone through the phases with the HVCHS and TMS activities, district officials will then pivot to allow elementary activities such as the newspaper club at a later date.

“If we have a confirmed case, we will close for two to five days for deep cleaning and contact tracing. Depending on the situation, like if the student has siblings or a teacher is in multiple schools, we may expand the closure to include additional schools,” Smith said.

With athletics, if a confirmed case occurs regarding a student-athlete, the district will also conduct contact tracing and not have practice for the same time that the school is closed. If everything goes well the school in-person education, fall activities and sports will resume once again.