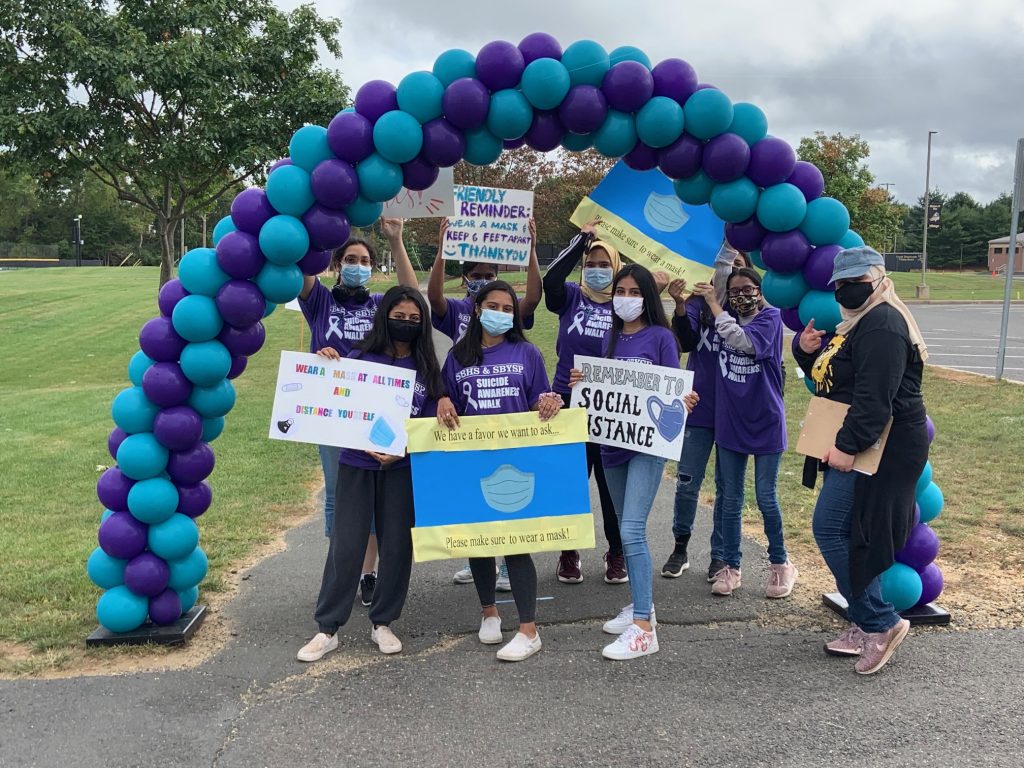 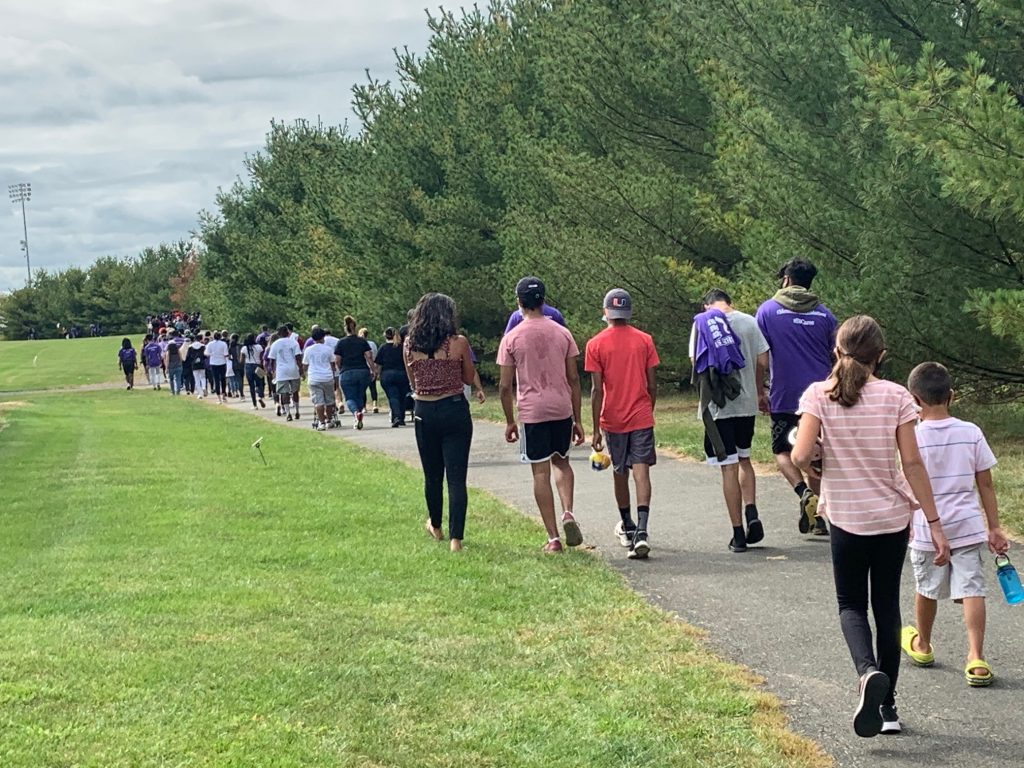 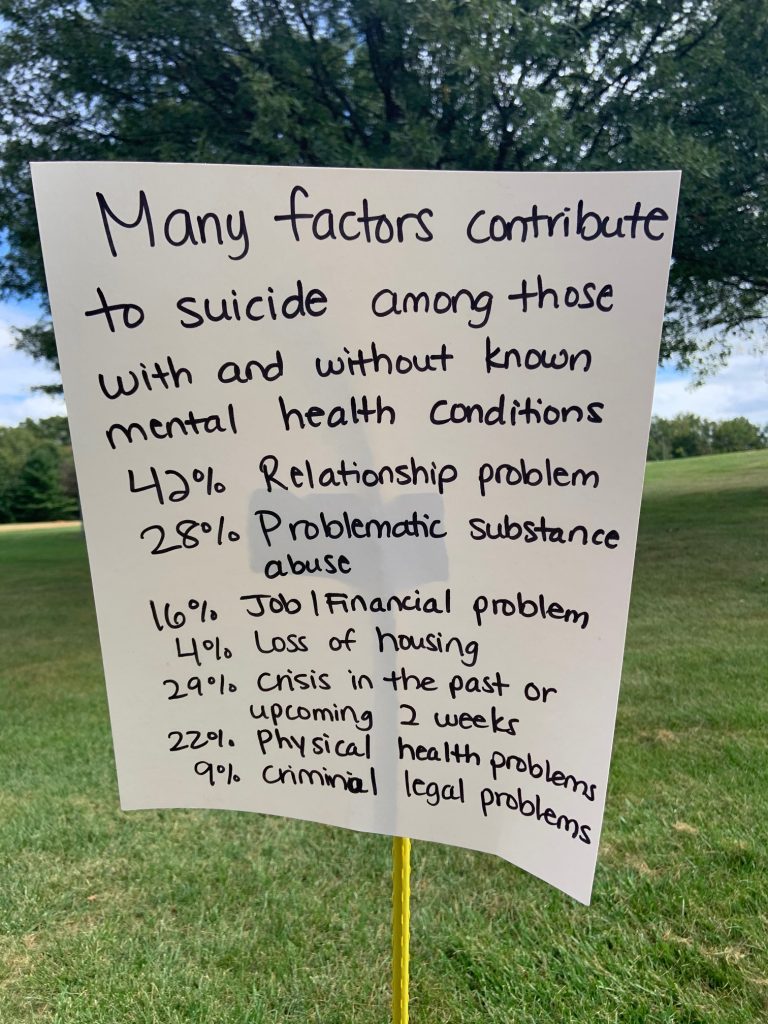 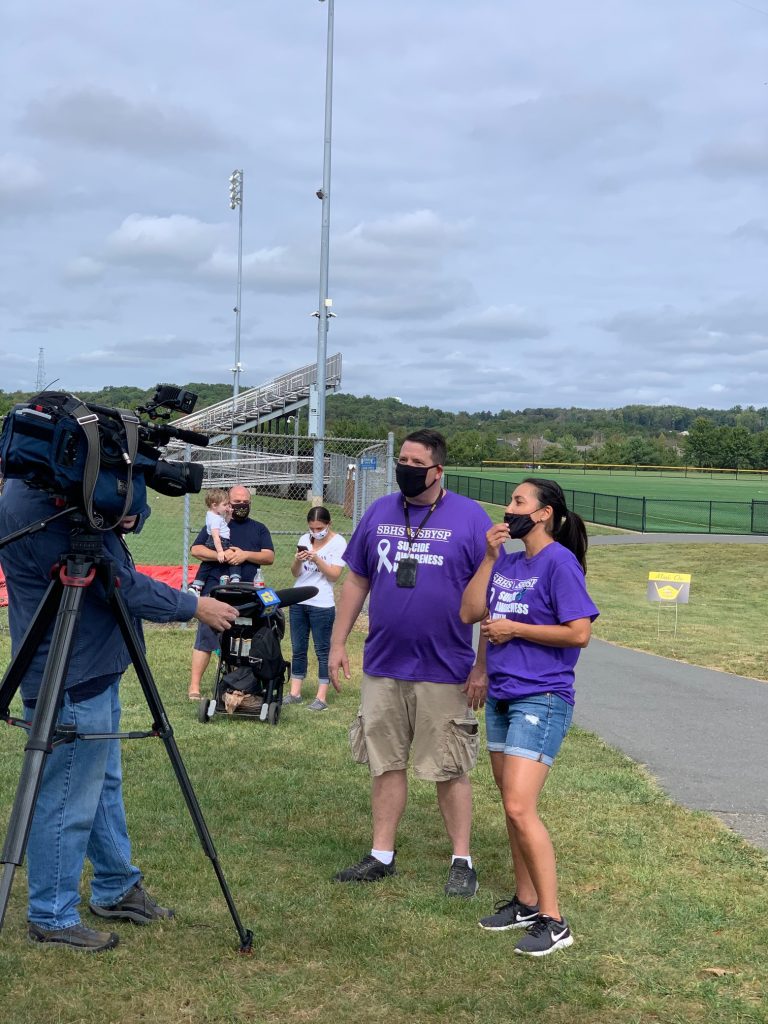 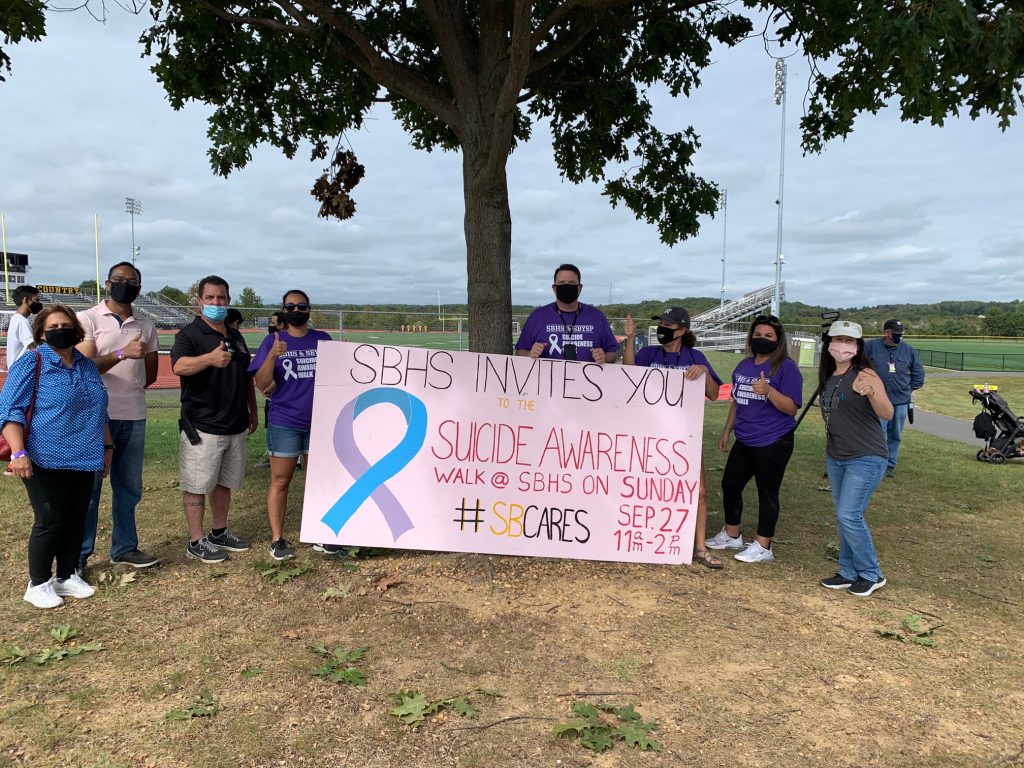 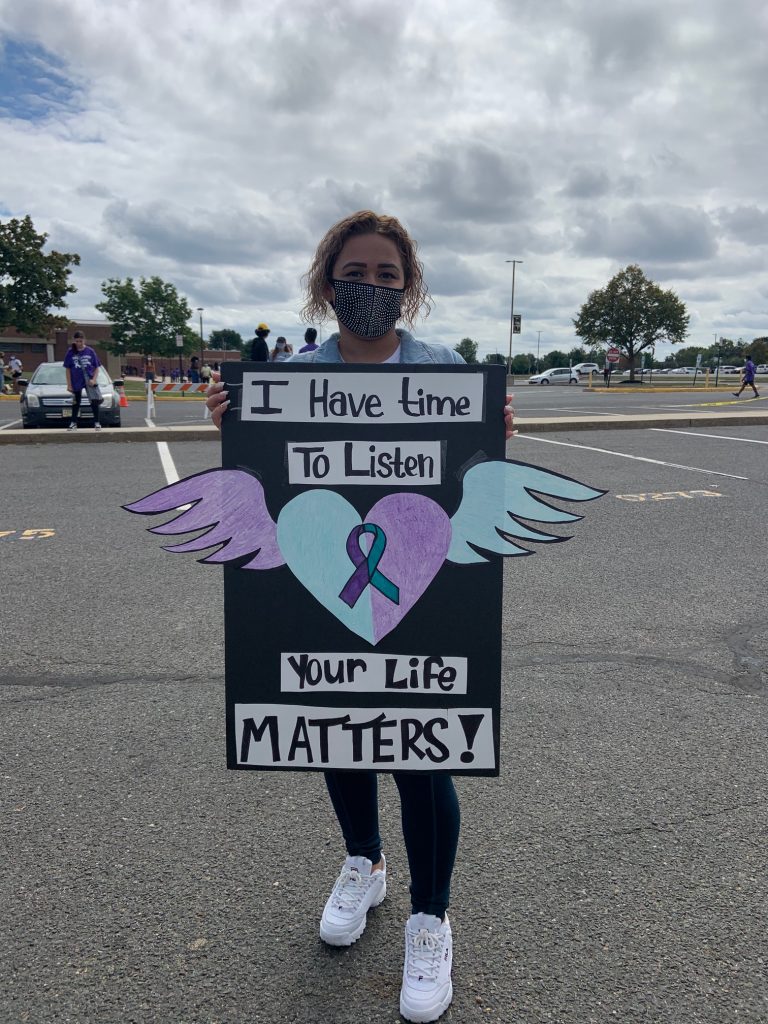 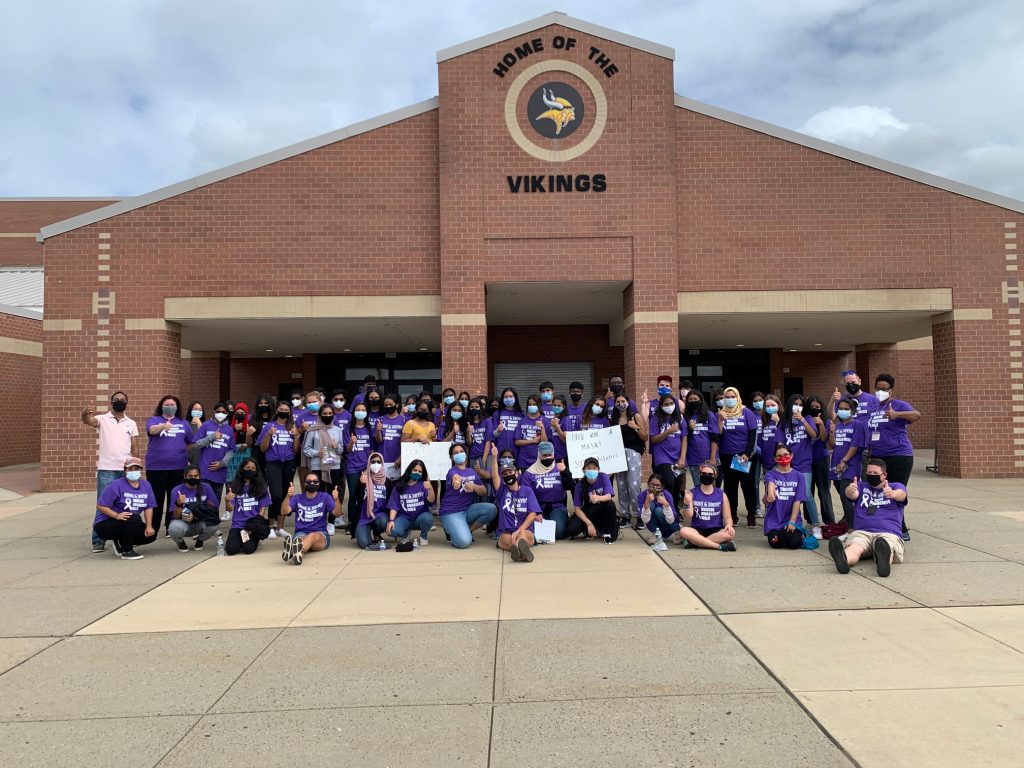 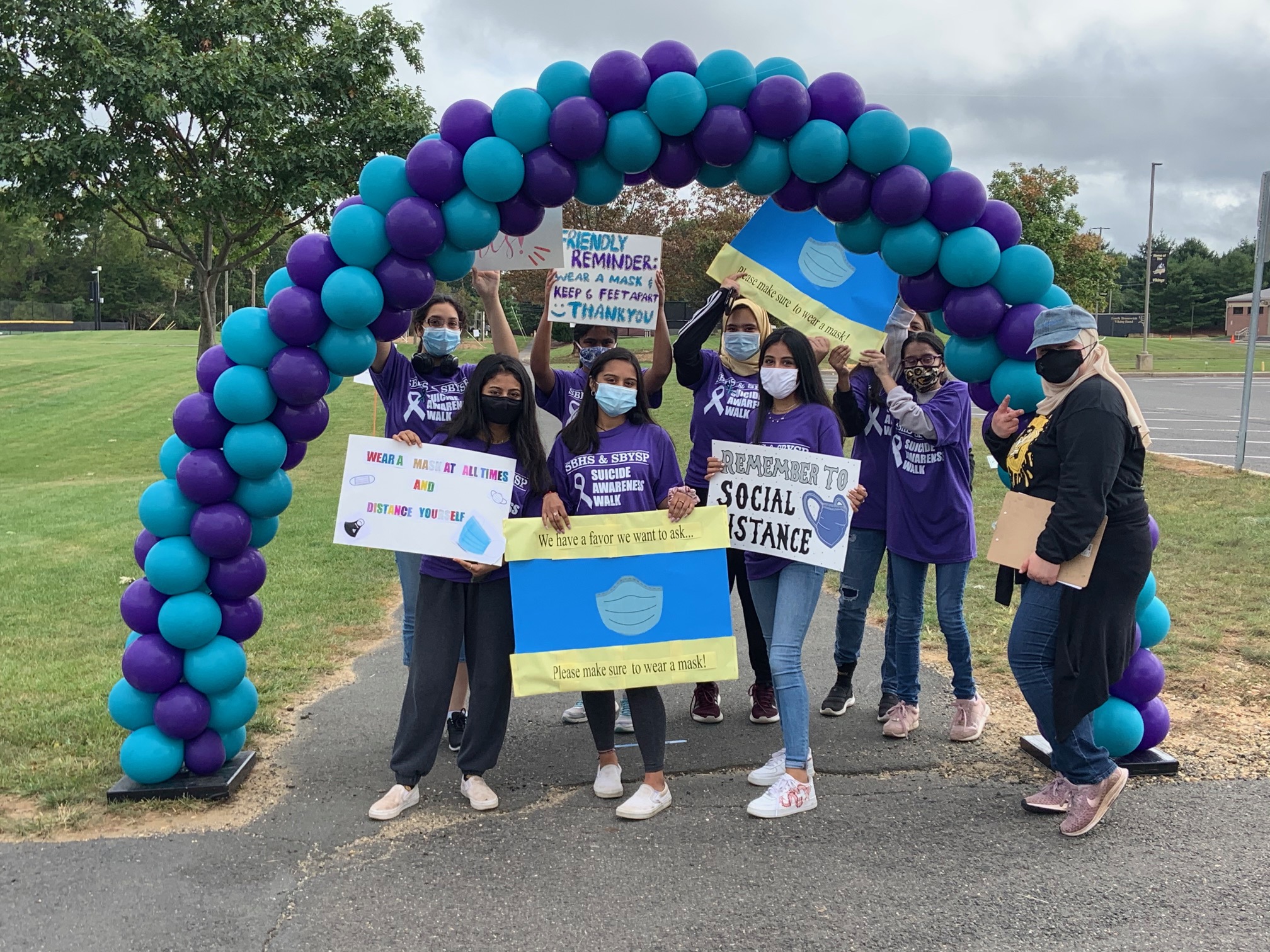 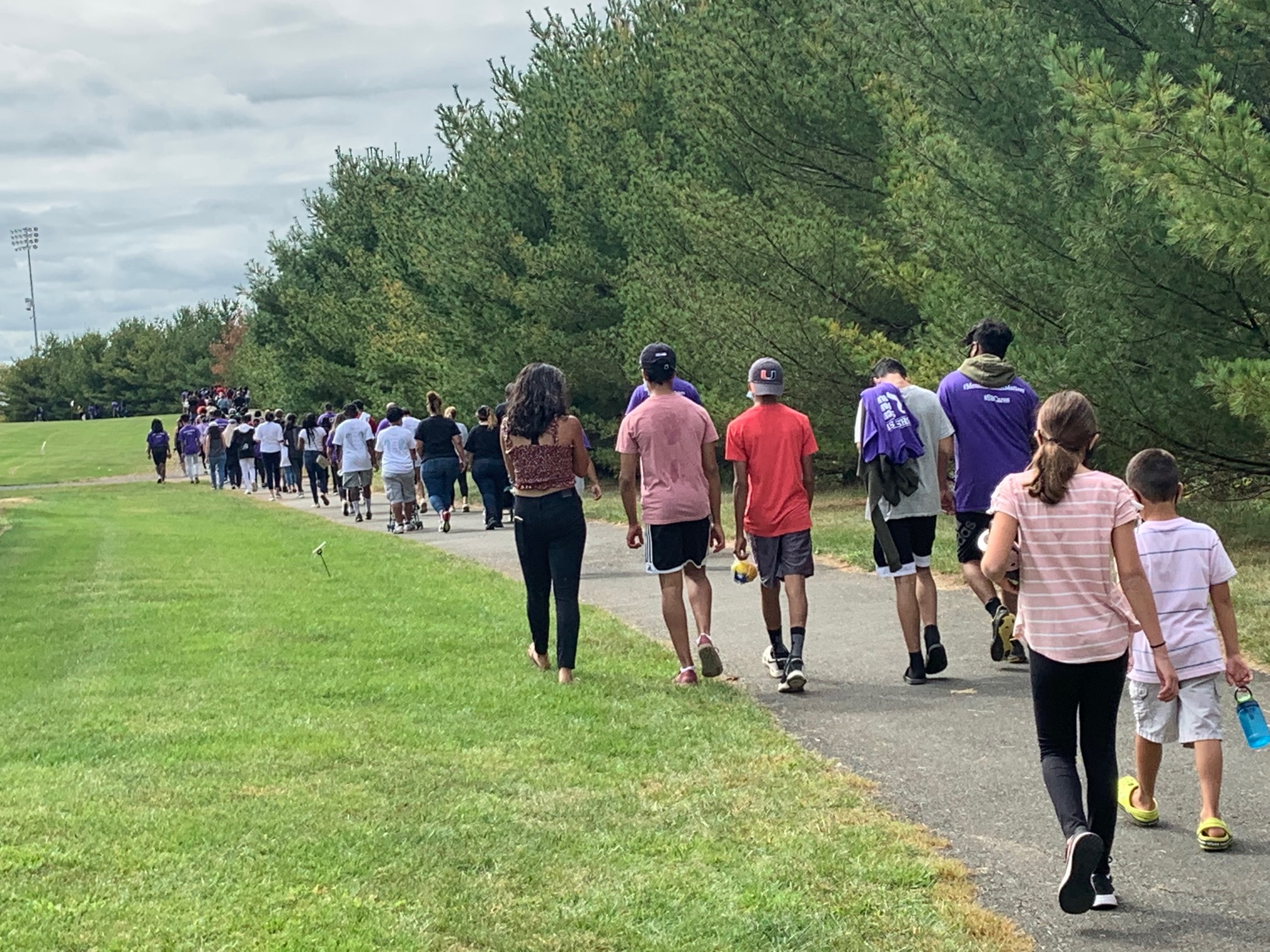 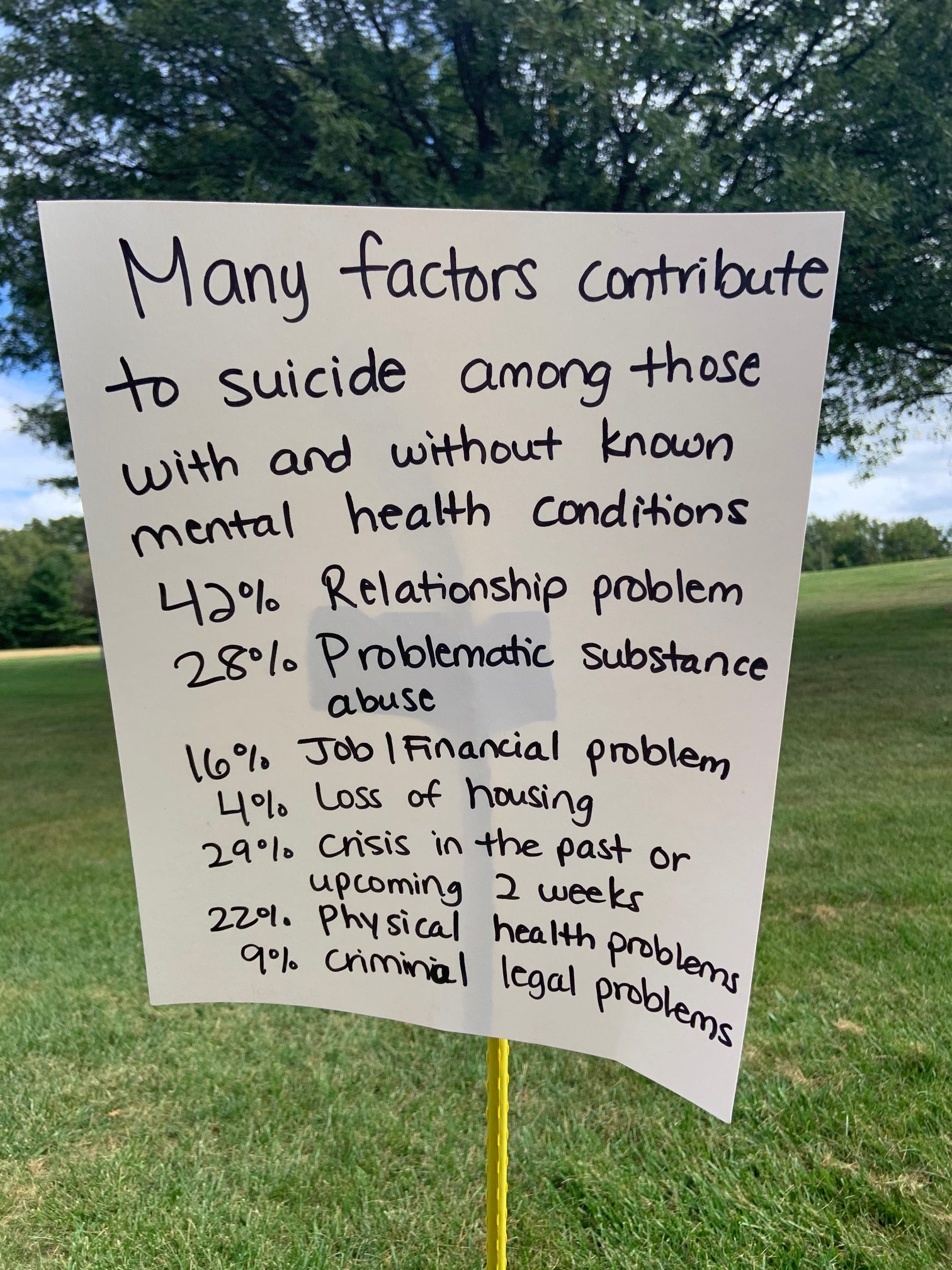 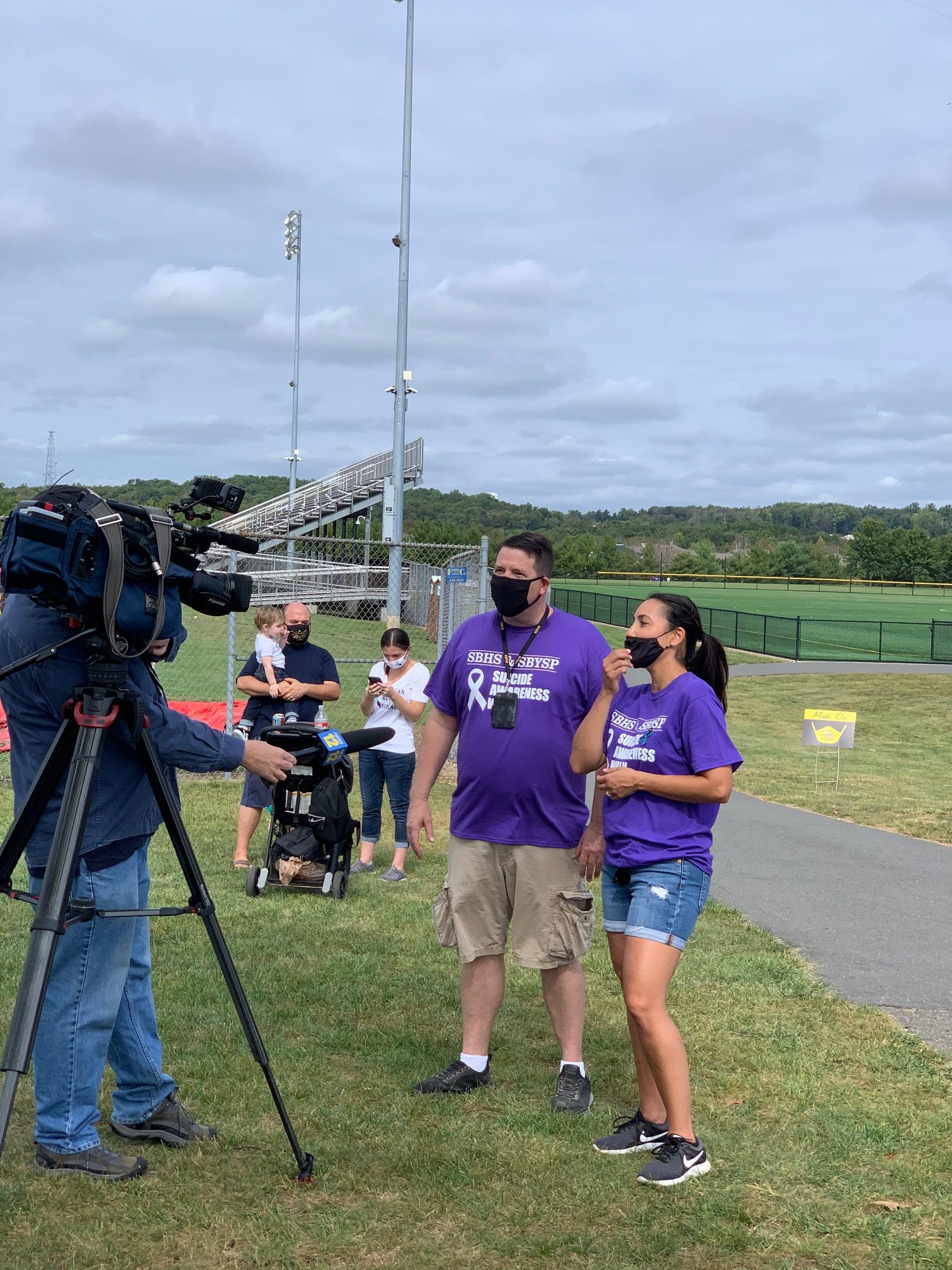 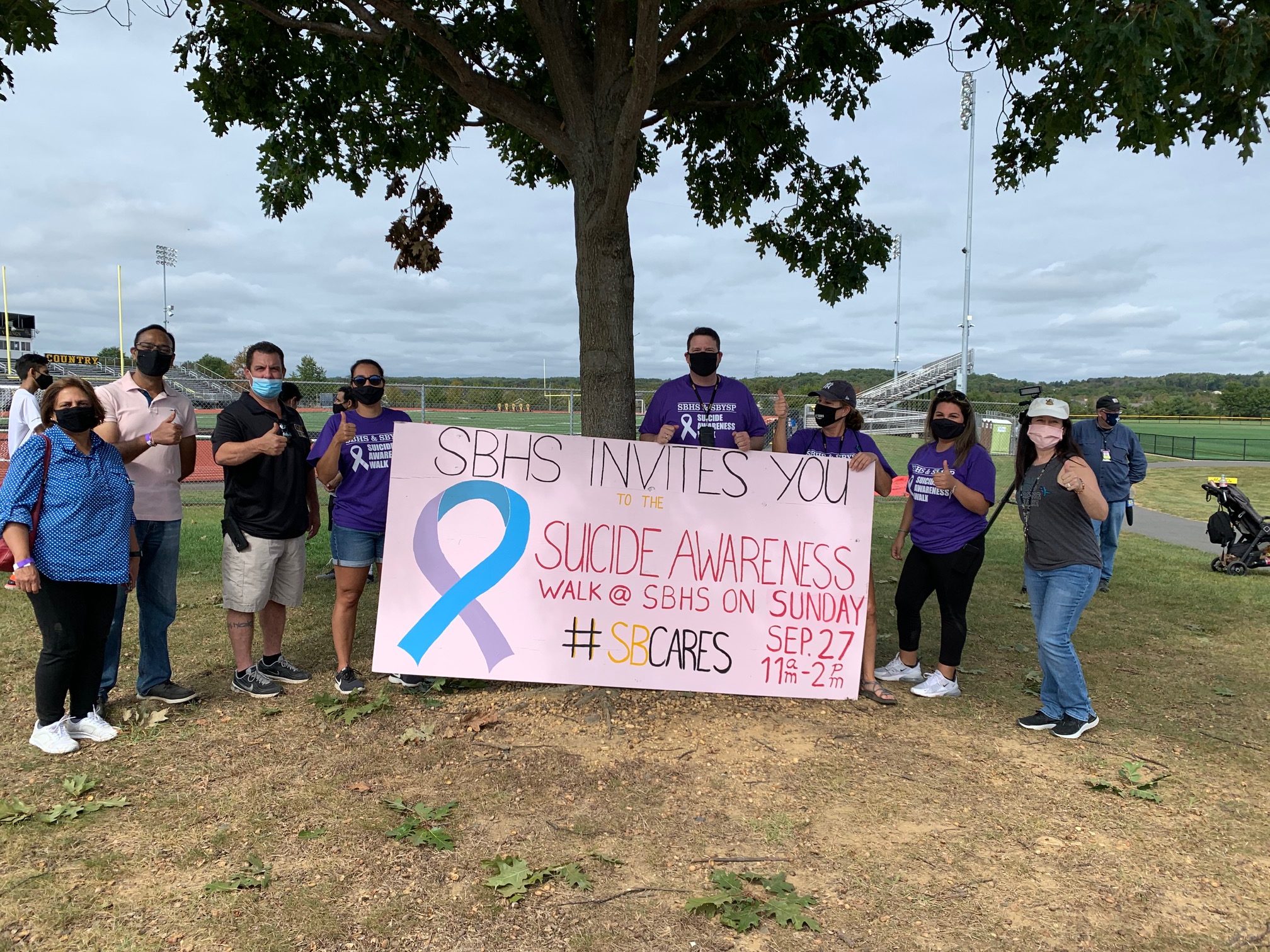 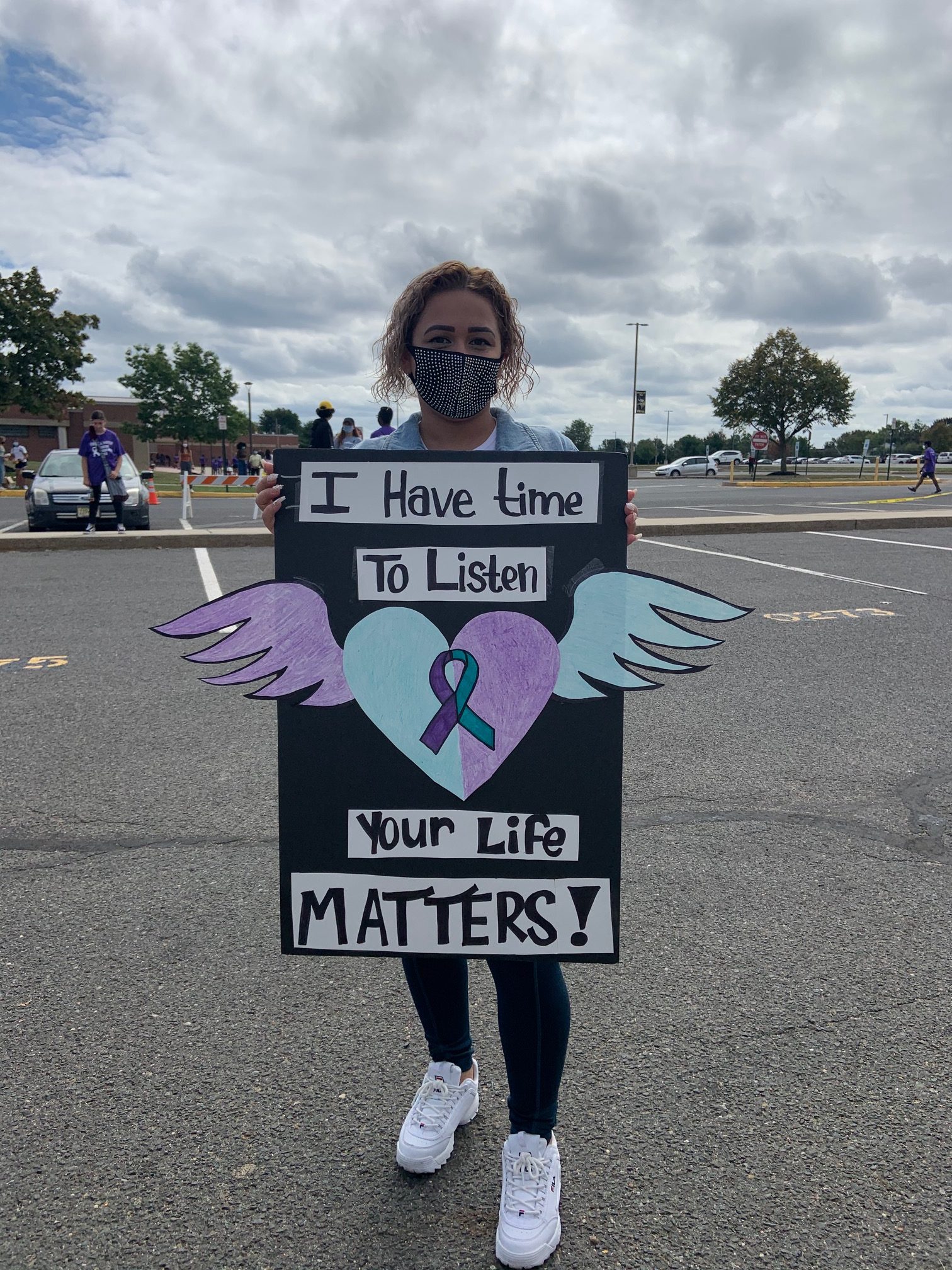 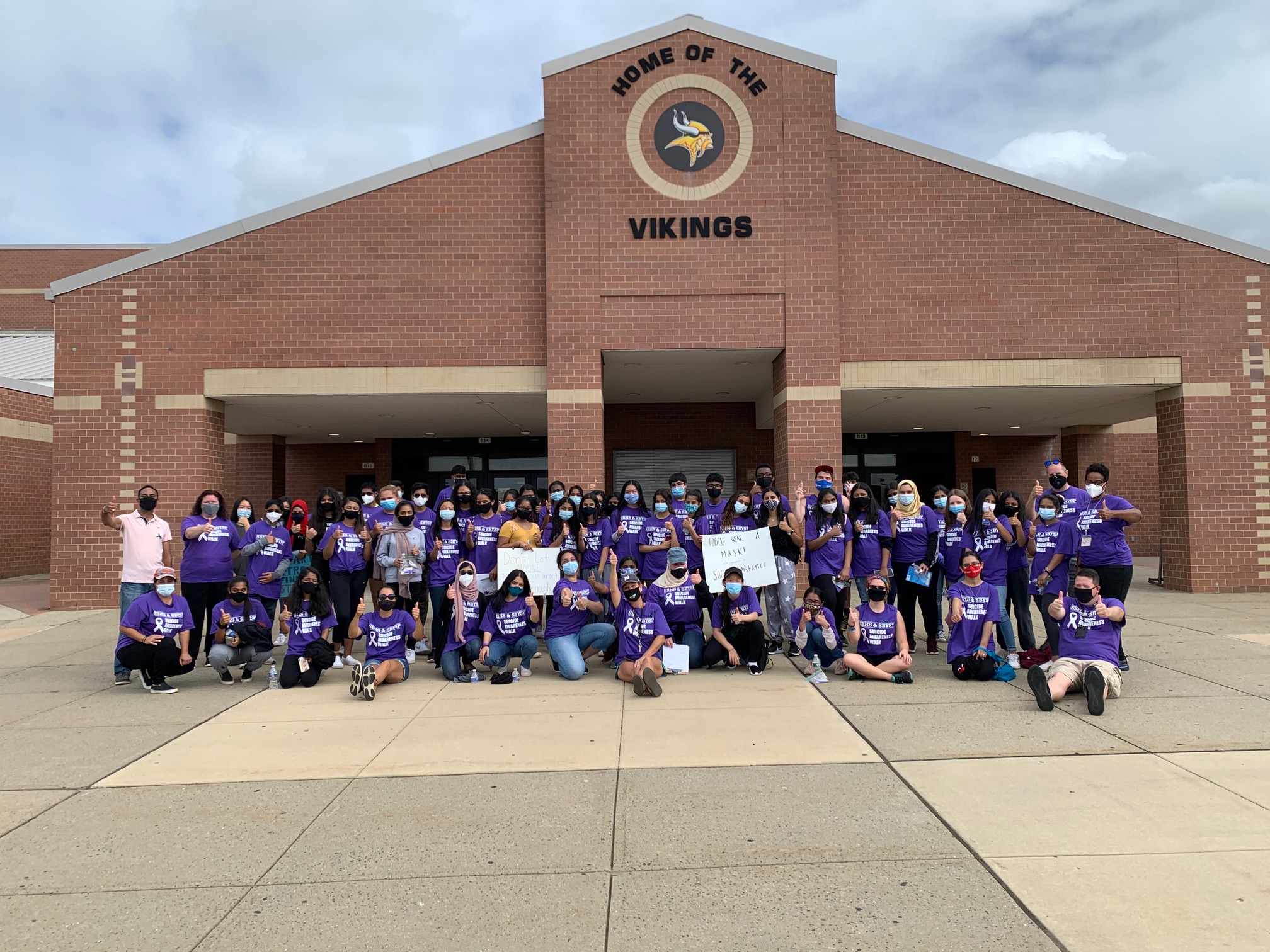 SOUTH BRUNSWICK – Kenny Baker was 14 when he was diagnosed with severe depression and anxiety, and began having suicidal thoughts.

As he struggled for three years, Kenny told his friends he had mononucleosis, afraid he would face judgment and criticism for his mental health issues.

“Not only did Kenny have to wake up every single day and battle his severe biological brain illness, he had to go to school and live with stigma, the fear of being judged, of being criticized for having an illness,” his mother Patricia said during the second annual South Brunswick Suicide Awareness Walk, held at South Brunswick High School on Sept. 27.

After three years of fighting, taking medications and being hospitalized, Baker said her son lost hope he would ever be healthy or normal.

“All he wanted was to be like everybody else,” she said.

Kenny took his own life on May 19, 2009. The day before her son died, Baker said, Kenny said goodbye to all his friends. She said it wasn’t until his wake was held that his friends told her they had a bad feeling, but did not want Kenny to get in trouble or to make him angry.

Baker said it is important to reach out to an individual who is struggling to let that person know you care. And, she said to reach out to a trusted adult to get help and to keep asking until someone is willing to listen and understand.

Especially considering the isolation brought upon by the COVID-19 pandemic, Baker said, “A sense of connection is so critical to our mental health.”

“Mental illness is like air; just because you don’t see it doesn’t mean it’s not there; it’s all around us,” she said.

Bake said one in five youths deal with mental health conditions, but less than one-third of those individuals reach out for help. She said although people do not hesitate to see a doctor for a physical medical treatment, mental health carries a lot of stigma.

Yet she said suicide is preventable, as it is an ugly illness in the brain that lies to the person, convincing them they do not deserve help.

“You can help save a friend’s life,” she said.

Baker also cited school-based programs that focus on mental health. In his 2020 budget, Gov. Phil Murphy cut aid to programs such as the Rutgers School Based Youth Services that the South Brunswick School District employs.

The BRIDGE Center (Building Respect, Independence, Diversity, Growth, Education) provides counseling, substance abuse education and prevention, employment counseling, health awareness, and linkage to other supports at no cost to the student, at Crossroads Middle School North and South, and at South Brunswick High School.
It is funded by the New Jersey Department of Children and Families, with services provided by Rutgers University Behavioral Health in collaboration with the school district.
For South Brunswick schools, the governor’s decision means the end to the BRIDGE Center and the employment of seven healthcare professionals who serve students. To replace this program the district would need to find more than $500,000 in a year when it lost $2 million in state aid.

“If Kenny had access [to this program], I feel he would be alive today,” Baker said; Kenny was a lifelong Plainsboro resident.

Kenny’s father Kurt also touted South Brunswick’s program. He said the first time Kenny was hospitalized was a 24-hour process that was “traumatizing.” He said when services start in the schools, it becomes normalized and helps children where they are. He said students need a positive, hopeful process.

“I can’t overemphasize how important it is,” he said.

To view recordings of the Suicide Awareness Walk, visit https://www.twitch.tv/videos/753742480 and twitch.tv/sbswalk

To sign a petition to challenge Murphy’s decision to cut funding for school-based funding, visit tinyurl.com/SBSDSOS 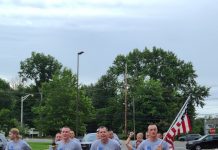