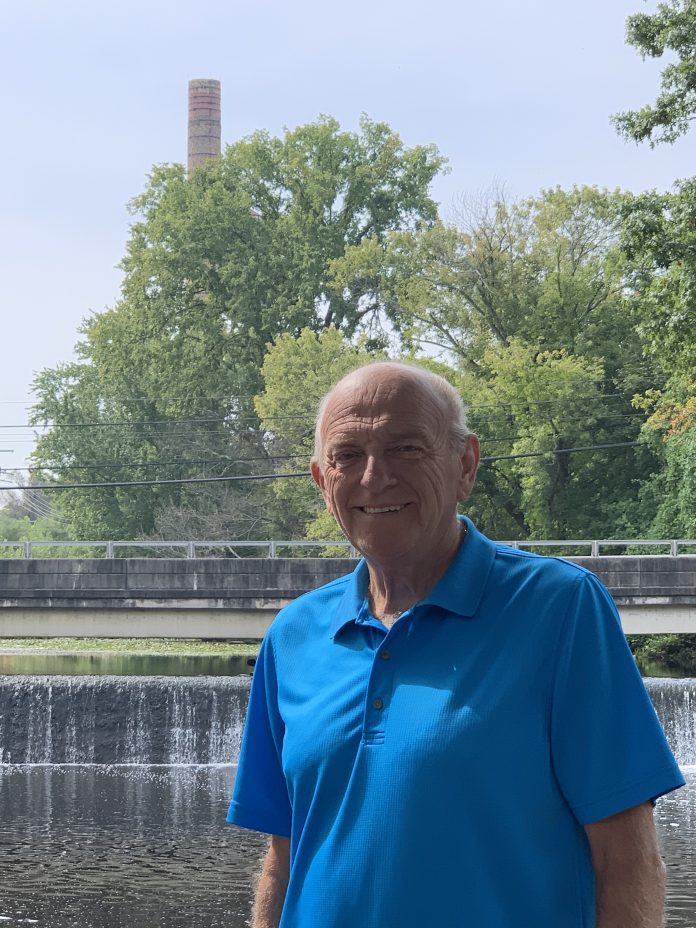 Democrats James Pareti and Margaret O’Donnell are seeking their first elected seats in the general election on Nov. 3. Pareti filled an unexpired term at the beginning of the year.

John Collins, 63, has lived in the borough for 32 years. He is widowed.

He earned a bachelor’s degree in accounting from the New Jersey City University and an associate’s degree from Middlesex County College. He is employed as an accountant and fiscal analyst.

Collins was appointed to the council in March 2006 and was elected and served from 2007-09.

The former councilman said he is running for re-election “to keep Milltown a great place to live and improve the quality of life for the residents.”

If re-elected, Collins said he will focus on changing the water supplier and lower water rates, have the roads paved and try to lower taxes.

“Also, I would like to put five 15-minute parking spots in the municipal building parking lot so residents could pay their bills and have easy access to municipal services effective 8 a.m. to 5 p.m.”

Ronald Dixon, 75, has lived in the borough for 15 years. He is married with four children and seven grandchildren.

Dixon is a retired law enforcement officer. He spent 30 years with the Middlesex County Prosecutor’s Office as a lieutenant investigator and eight years as a police officer in Edison. He was assigned to the U.S. Justice Department Drug Enforcement Agency for 15 years.

In the community, Dixon has served as post commander for American Legion Joyce Kilmer Post 25 in Milltown from 2005 to present to aid veterans and their family. He currently is a volunteer as a member of the Office of Emergency Management for both Middlesex County and Milltown.

“I’ve spent my professional life serving and protecting residents; now retired, I’m active in town and want to continue my public service as an elected official,” he said. “My background allows me to make educated decisions pertaining to the well-being of the borough. Demonstrated during my council experience, I’m available [around the clock] to assist others and address any of our residents’ concerns and take action. I am able to work with all political parties and have no political agenda.”

If re-elected, Dixon said his main concern is the changing landscape of Milltown and its impact on the residents, ensuring that some of the current developments don’t negativity impact them.

“While change is good, my interest is on ensuring that we continue the principles and values of ‘The Greatest Little Town in the Land’,” he said.

Margaret O’Donnell has lived in the borough for 21 years. She earned her bachelor’s degree from Rutgers University. She is employed as a manager of Military and Veteran Engagement Programs at Rutgers Business School.

In the community, O’Donnell has served as a Sixth District Committeeperson for almost seven years and has lobbied for pedestrian and traffic safety programs including “Slow Down in Our Town.”

She has been a long-time volunteer coordinator for Milltown Recreation’s Adult Volleyball programs and was recently appointed to serve on the Milltown Planning Board. In addition, she is a member and active volunteer at Rutgers Gardens and for one of the Rutgers University Alumni Association charter groups.

“I am running for Milltown Borough Council because, as they say, ‘all politics are local,’ ” she said. “Decisions made by the Borough Council affect home values, tax rates and our quality of life. I want to maintain the effective programs, while improving upon anything that’s not up to par. Before this year, I witnessed a 5-year trend of tax increases that concerned me, I didn’t see enough ‘bang for our buck.’ I want to join Mayor Trina Jensen Mehr in improving communication with residents and providing transparency so that our fellow residents can have confidence in their local government.”

O’Donnell called herself a “utility player” who is capable of quickly stepping in to whichever capacity to best serve the council.

“However, given the opportunity, I would like to start by helping Finance, Planning and Administration to continue to thoughtfully and carefully examine areas of potential savings and efficiencies,” she said. “The budget passed in August 2020 proves that if spending can be controlled, we can realize minimal tax increases, while still providing the necessary services to residents.”

James Pareti, 28, has served a vacated seat on the council since January. He is a lifelong resident of the borough and is engaged.

He earned his bachelor’s degree in science applied mathematics and minor degrees in economics and philosophy. He is employed as a business analyst at Prudential Financial.

On the council, Pareti serves as the chairman of the Recreation Advisory Committee, committee member for the Department of Utilities and Environmental Commission, and the council liaison to the Zoning Board of Adjustment and Library Board of Trustees. In the community, he serves as a volunteer coach for boys basketball at Spotswood High School.

“I believe I am in a unique position to represent our community’s best interests by having both strong ties to our longtime residents and to our new homeowners investing in the town’s future,” he said. “I value all that this town has blessed me with and I want to do my part to give those same gifts to all our residents. As a councilman, I would be able to work with the current administration to be more transparent, continually improve our services, limit tax increases, and continue the tradition of Milltown being the greatest little town for all.”

Pareti said after serving as an appointed councilman, he wants to continue to serve the people of Milltown by focusing on quality of life improvements.