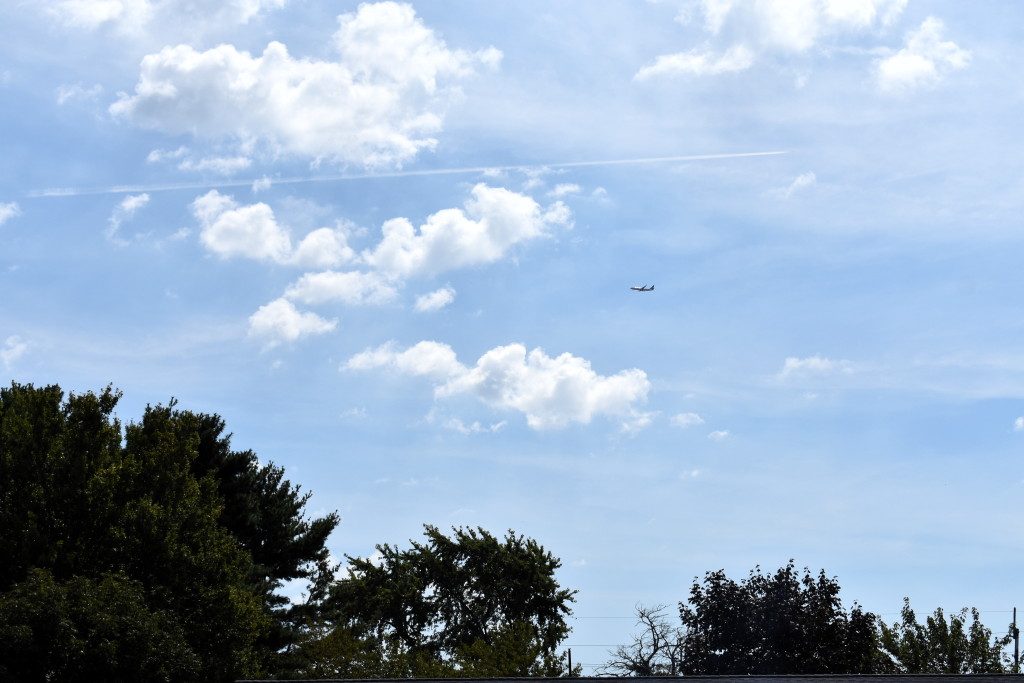 The captain’s announcement came over the PA as our Pan Am 747 taxied out on the runway at Boston’s Logan International Airport. It was Aug. 8, 1974, and we were bound for London with about 250 passengers aboard.

“Ladies and gentlemen, this is your captain speaking. We wish to confirm that President Richard Nixon has resigned the presidency of the United States, effective at noon tomorrow.”

As the flight director in charge of cabin service, I had wondered what kind of response this announcement would bring. During our layover in Detroit, our crew had heard the TV pundits predict this and that Nixon would address the nation at 9 p.m. that night. Given the chaotic and divided state of the nation at that time, we were worried that clashes between the president’s supporters and those protesting the Vietnam War would spill over into the streets and perhaps onto our plane. And, like any other organization, Pan Am’s people included those for and against Richard Nixon.

Before we took off for Boston, the captain took me aside and told me that as soon as we landed, I should send one of the flight attendants into the terminal to watch the announcement on TV and return to the plane when the president’s intention to resign was confirmed. We were due to depart at 9:30, so there was not much time. But the captain wanted first-hand confirmation of the resignation before making any comment.

The steward I had assigned returned and went to the cockpit to tell the captain that yes, Nixon would resign the next day. We closed the doors and made the usual safety demonstrations. As we taxied onto the runway, the captain’s words rang through the cabin of the 747.

There was little or no reaction from the passengers. No one applauded, no one booed, no one cheered. The passengers seemed to understand the solemnity of the moment. A decision had been made, the deed done and in the words of our new president Gerald Ford, “Our long national nightmare is over.”

Nixon had been investigated by a bi-partisan Senate Committee. The hearings were televised and over the course of several weeks, opened a Pandora’s Box of lies, coverups, threats, campaign finance irregularities, “dirty tricks” and political espionage. Faced with impeachment proceedings from the House Judiciary Committee, a Republican delegation, led by Senator Barry Goldwater, told Nixon he did not have the votes to avoid impeachment and must resign.

Our passengers – and the rest of the country – took this bloodless coup in stride. The system had worked, the Good Guys had won.

Today, if a pilot were to announce that Donald Trump had been re-elected, defeated or otherwise removed from office, the reaction could be quite different and potentially dangerous.

Today’s airline passengers include people who are at best ill-mannered and self-absorbed and at worst, unhinged and violent. There are endless examples of arguments, rants, even fistfights aboard airliners. Flight attendants are threatened and abused by entitled yahoos whose antics are a clear and present danger to fellow passengers and crew members. If these extremists will risk delaying a flight or being offloaded by refusing to wear a mask, what will they do upon hearing that their idol has been toppled? Would the response from the Left be any different if Trump won?

History may view Richard Nixon in a kinder light, since Donald Trump’s lies, corruption and skullduggery far exceed anything we could have envisioned back in 1974. We have, sadly, changed as a people, parading our prejudices on social media and sending the racist rants of demented “Karens” and “Kevins” out into cyberspace. A government constitutionally committed to the separation of Church and State is now in the thrall of power-hungry, misogynistic religious extremists, both Catholic and Protestant. Police brutality continues to rise. Russian trolls infest social media with fake news. Militias move from state to state, adding to the chaos and carnage in our streets.

We have forgotten how to rise above partisanship for the common good. Family ties and friendships have ruptured in the wake of self-righteous, doctrinaire liberals and rabid, irresponsible conservatives. And Donald Trump, the Great Enabler, throws fuel on the fire.

The coming election – and its aftermath – will test us as Americans and as human beings. The world is watching and this is the last chance we will have to turn back the forces of Fascism and reclaim our heritage of freedom, equality and decency. I pray that we can. But I won’t be taking any flights in November.