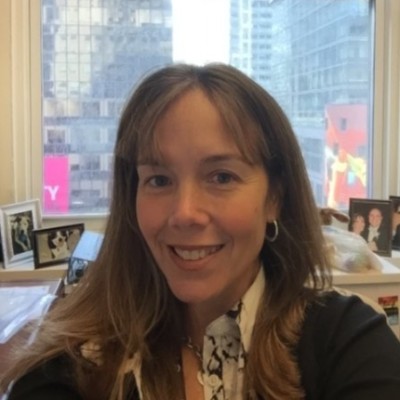 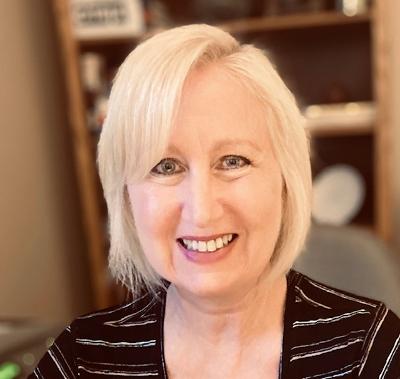 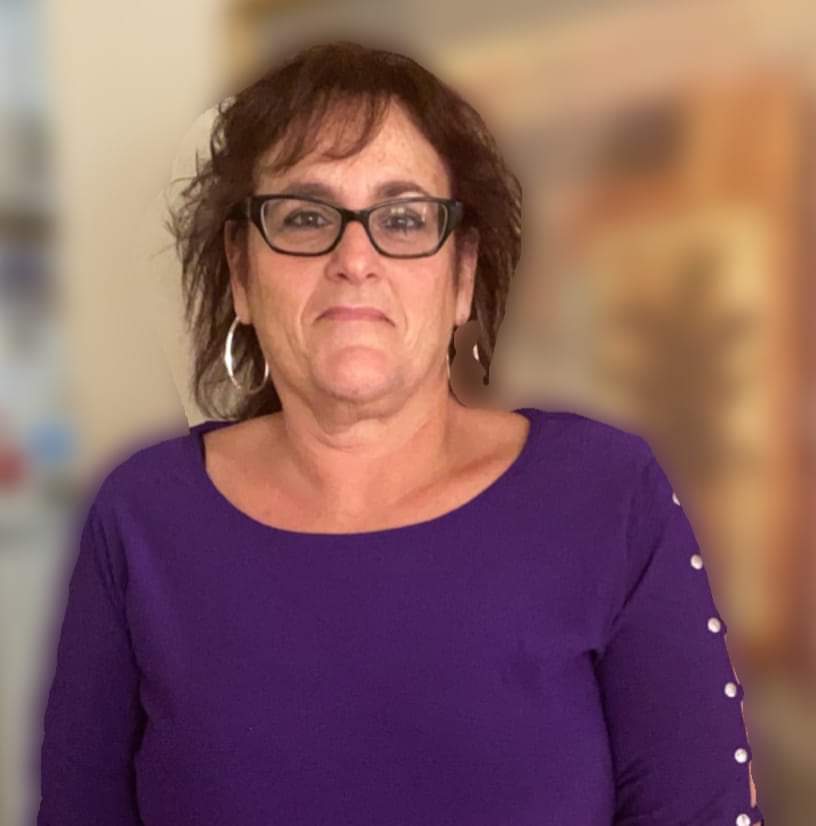 OLD BRIDGE – Five candidates will vie for the three, three-year terms available on the Old Bridge Board of Education for the election in November.

The general election is on Nov. 3.

Jill DeCaro, 55, has lived in the township for 22 years. She is married with three children, ages 27, 25 and 23, who all graduated from the Old Bridge Public School District.

DeCaro earned an associate’s degree in dental hygiene from Union County College. She previously was employed as a dental hygienist and now is pursuing a career in real estate.

In the community, she served on the Project Graduation Executive Committee for approximately 10 years, served as a volunteer for Parent Teacher Associations (PTA) for more than 20 years and held multiple board positions, a volunteer Parish School of Religion teacher at St. Ambrose for approximately 10 years, led fundraising efforts for the SWS Rebels executive board when her children played sports, and served as volunteer coordinator for the Shore Aide Telethon Executive Committee that provided aid to those affected by Superstorm Sandy in 2012.

DeCaro is completing her first term on the school board.

“I have helped see this district through some of our most difficult times, but there is still more work to do,” she said. “I understand the importance of listening to all sides to be able to make informed decisions for the good of the district. My only agenda is to help strengthen student achievement at all levels while doing my best to remain fiscally responsible.”

DeCaro said the board is currently in a “reactive” rather than a “proactive” environment dealing with a global pandemic and budget constraints.

“While those things are the forefront of the discussions, moving forward I would like to focus on parent communication as I believe there is always room for improvement in that area,” she said.

Lisa Lent, 43, has lived in the township for about 20 years. She is married with one son, a graduate of Old Bridge High School, who is currently serving as a lieutenant in the U.S. Marine Corps.

She earned a master’s degree in accounting and business. She has been employed as director of human resources for a Broadway Theater Company for 24 years.

In the community, Lent has volunteered for several animal charities and serves as treasurer for the Old Bridge Animal Volunteers Charity.

Lent is completing her first term on the school board.

“I am running for re-election for the Board of Education (BOE) because I feel that my business and accounting background can help navigate our district through the many challenges we are facing,” she said. “Fiscal responsibility is key for our success. Between the budget cuts and national pandemic it is important to have BOE members who strive to ensure that our children have the best environment for learning. A healthy balance between safety and success for not only the students, but also the teachers.”

If re-elected, Lent said her two main concerns would be the budget and virtual learning.

“We are facing major budget cuts so we need someone who will help keep fiscal responsibility,” she said. “I can make the difficult budget decisions to help create an environment that benefits everyone.

”Virtual learning would be my second area of concentration. I was a single working mom and understand how difficult it is for working parents to have their children learning virtually. The safety of our students and teachers are first and foremost, but we need board members who are willing to listen and work for everyone in our community. I will help preserve the voice of many working parents who are struggling with virtual learning,” she said.

Matthew Anthony Sulikowski, 73, has lived in the township for more than 20 years. He is married with two children and three grandchildren – a 2020 graduate of Old Bridge High School (OBHS), a sophomore and a freshman at OBHS.

Sulikowski is a retired Old Bridge High School teacher with 36 years of service and experience in program development and budgeting.

In the community, Sulikowski is a member of the Madison Township Historical Society, American Numismatic Society, and the Historic Philatelic Society. He also has been participating in the campaign to fight hunger in the community with Partners in Caring at the ShopRite of Old Bridge for several years.

Sulikowski has served on the BOE for 12 years. He has chaired the Buildings and Grounds, Curriculum and Strategic Planning committees, and served as a member of other committees over the years.

As an active member of the Old Bridge educational community for more than 50 years, he said he has attended numerous high school, middle school and grammar school graduations, and chaperoned numerous project graduations and high school dances.

“I am running for BOE because I believe the experience and training I have received in my professional life as a schoolteacher aids me in making informed and sound decisions for the benefit of the children of Old Bridge as well as for the community,” he said.

Approximately during the mid-1980s, Sulikowski was running a summer work study program at the high school level.

“This program gave selected students the chance to partake in maintenance and upkeep of the buildings and grounds thereby educating them in the life skill area,” he said. “After about 10 years the program ended. I am happy to say the summer work study program has now been reinstated through the curriculum committee for which I was the chairperson. Unfortunately, due to the circumstances we are facing, this program did not start as expected for the summer of 2020. I look forward to seeing the return of the program for 2021.”

Sulikowski said he would also like to see half-year program courses implemented into the district’s curriculum.

“Students would be exposed to a larger variety of programs which would allow them to have a much broader approach from different instructional teaching methods,” he said.

Vass earned a bachelor’s degree in business administration from the University of South Florida. She is employed as an assistant store manager for Kohl’s Marlboro.

In the community, Vass has been a PTA volunteer for 25 years – most of the 25 years was involved with SEPTA, special education PTA. She is on the volunteer board of Special Projects for Special Children, which is a non profit organization that supports Camp Robin in Old Bridge.

At Kohl’s, Vass is in charge of the Kohl’s Cares program, which is a program that donates $500 grants to any organization that has fundraisers for children.

In 2008, she earned Citizen of the Year Honor from the Old Bridge Elks and in 2003 she worked with community businesses to help start a job coaching program at Old Bridge High School.

Vass is seeking her first term on the board. She has attended every board meeting in person and virtually, she said.

“I am running for BOE because I feel serving on the BOE would be a natural progression of my 25-plus years of volunteer service in this district and look forward to continuing my work advocating for all the children of Old Bridge,” she said. “With COVID-19 and the issue of state aid budget cuts, I feel that my voice of reason and compassion for the children and families of Old Bridge will be an asset to the board. I have always been an advocate for the children in Old Bridge.”

If elected, Vass said one of the areas she would like to concentrate on is communication between families, communities and the board.

“This year, communication is a focus of the BOE. I would like to be part of that initiative and help be the bridge between families, community and the board,” she said. “I would also like to concentrate on curriculum and programs. We have come such a long way with our innovative programs. I would like to make that a priority when it comes to budget time. I have always been a fair and logical voice in the community and I would hope that would be an asset to the BOE.”

Frank Weber has lived in the township for 46 years. He is a father of four children and five grandchildren.

He studied at the College of Staten Island and is a retired vice president of operations.

Weber has previously served on the BOE for 18 years.

“I don’t believe the closing of Cheesequake School was properly done logistically, or ethical, by the superintendent (David Cittadino),” he said. “He publically states, it’s spot on Route 34 generated safety concerns. If that was such a concern, why hasn’t he questioned [the safety concerns] since he became superintendent in 2013? Why has he entered into a agreement with the Sayreville BOE to put hundreds of preschool age children in that building?”

Weber said in his opinion Old Bridge has the worst reopening hybrid plan in the state with four hours a week of classroom study.

“I believe this plan was designed to fail,” he said.

“Two candidates for re-election, Jill Decaro and Lisa Lent, have conflicts under state law and cannot vote on numerous important issues,” he said. “I have 18 years of BOE proven experience and the desire to improve this board.”