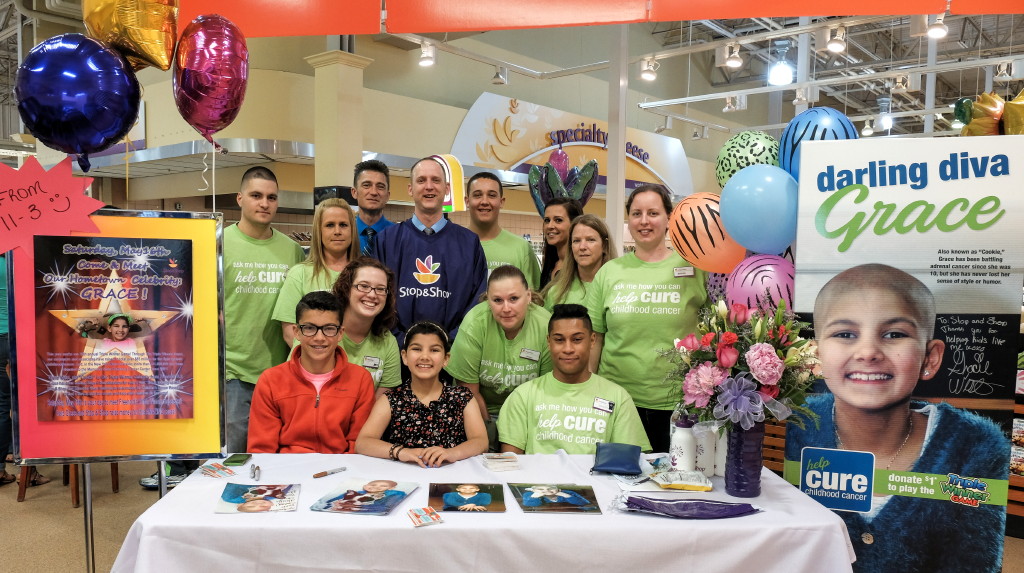 A Freehold teenager has come out of remission and is battling cancer once again.

Five years ago, Grace was an ambassador for Stop & Shop’s “Help Cure Childhood Cancer” campaign, helping to raise more than $1.5 million for Memorial Sloan Kettering Cancer Center, according to a press release.

From Oct. 2-4, Stop & Shop will extend its annual campaign at the Freehold store for a “Weekend of Grace,” raising more funds for Memorial Sloan Kettering in Grace’s honor. Employees will be wearing shirts from Grace’s foundation in her honor, according to the press release.

For nearly 20 years, Stop & Shop has supported Memorial Sloan Kettering during September with its “Help Cure Childhood Cancer” campaign, raising more than $25 million for the organization, according to the press release.

All Stop & Shop stores participate in the annual campaign and local patient ambassadors from Memorial Sloan Kettering’s Department of Pediatrics serve as the face of the campaign, according to the press release.