EDISON – The Township Council has retained an attorney to provide professional legal services for the Committee of the Whole, which was created to keep an eye on finances and tax evaluations in the township.

The council voted 4-3 to approve a resolution for Susan Schleck Kleiner of the law firm Vella Singer and Kleiner PC, of Hillsborough, at a meeting on Sept. 23 with Council President Joyce Ship-Freeman and Council members Richard Brescher, Joseph Coyle and Ajay Patil voting “yes” and Council members Robert Diehl, Sam Joshi and Alvaro Gomez voting “no.”

Kleiner will receive an hourly rate of $175 per hour, payable monthly, not to exceed $25,000, according to her retainer agreement.

Diehl called the formation of the Committee of the Whole “an unnecessary step.”

In 2019, the council formed a Committee of the Whole to investigate who is responsible for sending racist fliers that displayed two Board of Education candidates in an offensive light during the election season in 2017. After a series of meetings, Diehl said they are not ready to divulge new development information to the public as of yet, but said additional hearings will be held in the near future.

Joshi agreed with Diehl that all options have not been exhausted.

“The fact that we’re hiring a contractor, a commercial litigator and a personal injury attorney to audit the Edison Township budget after we voted for the budget makes no sense whatsoever,” he said.

The council approved the $150.22 million municipal budget at the meeting on Sept. 9. Edison officials will collect $97.65 million in taxes from Edison’s residential and commercial property tax owners in 2020 to help fund the municipal budget.

Business Administrator Maureen Ruane said the township is anticipating an increase in revenue funds – $1.55 million in funds from the CARES Act for coronavirus expenditures and $500,000 in construction fees – which were not included in the introduced budget in June.

Municipal taxes account for 24.26% of the total taxes that are paid by a property owner. The other taxes include school, county and library.

In 2011, the council formed the Committee of the Whole with the goal of investigating then-Mayor Antonia Ricigliano’s initiatives, particularly budget-related moves, employee demotions and layoffs. 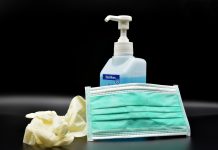 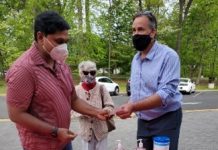