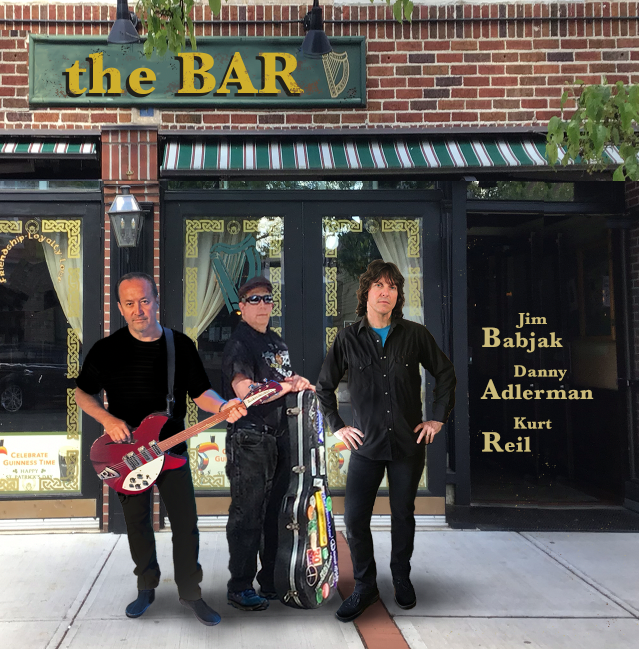 METUCHEN – Danny Adlerman has spent 25 years as a children’s author, musician and an impresario.

With a dozen books published and four released albums under his belt, Adlerman, 57, who has lived in Metuchen for close to 30 years, is venturing into another music genre while fulfilling a lifelong dream as he and his bandmates are set to release their first album together, The BAR, on Oct. 15. The name of the album is the name of the band.

Bandmates include Jim Babjak, founding member and lead guitarist of The Smithereens, a New Jersey staple for 40 years; and Kurt Reil, co-founder, drummer and singer for The Grip Weeds, hailing from Highland Park for almost as long.

“Talk about a dream come true,” Adlerman said. “I’ve been writing rock and roll since high school and when I happened to have met up with Jim over 20 years ago at an evening school appearance, I couldn’t know it would lead to this, but it was worth the wait. I am so proud of the music on this album and truly feel it’s the best one I have been a part of to date.”

The album is all originals featuring songs either written or co-written by Adlerman.

“Of course I’m thrilled to have some songs I wrote on my own featured,” he said. “But some of those co-writes are really special. Jim and Kurt each brought things to the table I never could have achieved on my own. A guy couldn’t be luckier to have such good friends like them to make music with.”

Reil said “The BAR” came about in a very free and easy way.

“We were recording children’s songs to accompany Danny’s books,” he said. “One night he came in with a set of lyrics and asked me to write music to them. After that, we just started recording. Jimmy has been my friend for a long time and he brought Danny to House of Vibes in the first place. They had already teamed up on some children’s music which I had engineered.”

Babjack joked Adlerman “bought me off with pizza so I would write and record some songs with him. How could I resist? It had fresh garlic toppings.”

Locally, The BAR can be found at Cai’s Cafe on Main Street in Metuchen and at Vintage Vinyl in Fords as well as at the artists’ websites www.dannyandkim.com, www.jimbabjak.com, and www.gripweeds.com and at all digital outlets.