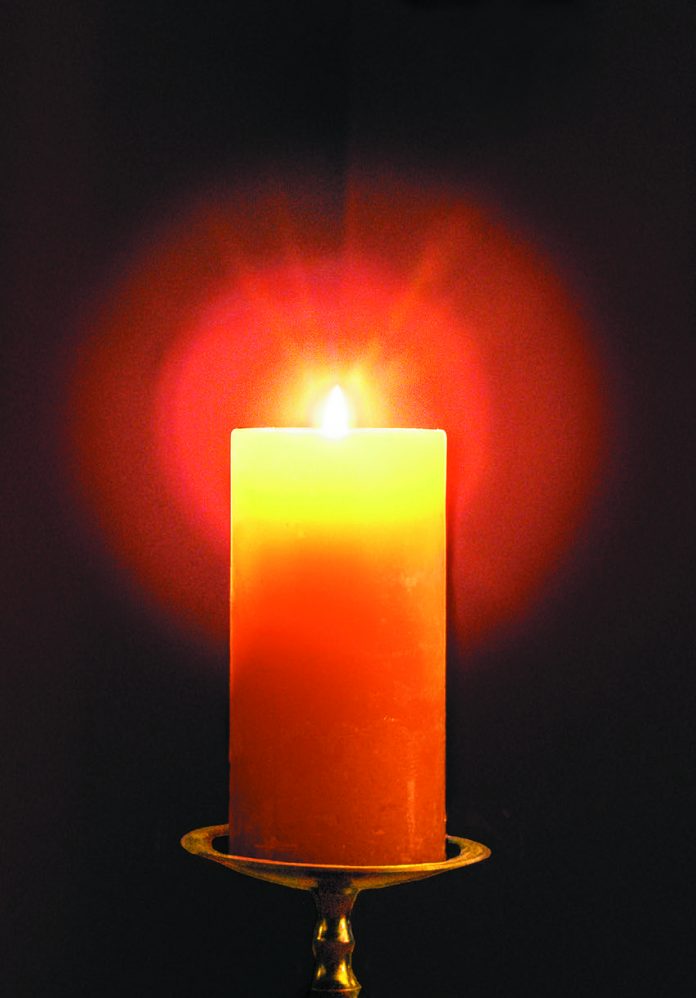 To say that 2020 has been a challenging year is an understatement – from the loss of lives to the COVID-19 pandemic to the loss of personal heroes and role models on the national stage.

Hoping to heal those losses, a Community Candlelight Vigil has been planned for Oct. 18 at 5:30 p.m. at the Yeger Drive entrance to Village Park. Attendees are being asked to wear a facial mask and to maintain social distancing.

All are welcome to attend the event, which is being co-sponsored by the Black Solidarity Group, the League of Women Voters of Lawrence Township, the Lawrence Citizen Activists and the Presbyterian Church of Lawrenceville.

Kyla Allen, who is spearheading the Community Candlelight Vigil, said she was moved to organize it as a means to deal with loss.

“I feel like it’s becoming numbing, all of the losses. From family members and loved ones due to COVID-19, to some of our favorite legends and personal heroes,” said Allen, who is a Lawrence High School graduate.

“It’s the right time for a moment of peace and unity,” said Allen, who belongs to the Black Solidarity Group and the League of Women Voters of Lawrence Township.

Everyone who is planning to attend the candlelight vigil should bring their own candle so they can each honor a person who was special to them, she said, adding that “every person is important.”

“We are going to light candles in honor of some of the public losses we have all taken this year, including basketball player Kobe Bryant and his daughter, Gigi, U.S. Supreme Court Justice Ruth Bader Ginsberg, civil rights leader John Lewis and actor Chadwick Boseman,” Allen said.

The young Black men and women who were killed by police also will be remembered, she said.

And there will be a moment specifically for the loved ones lost due to COVID-19, including a tribute to them by the Black Solidarity Group, Allen said.

“Who knew that Black women, at the very center of the women’s suffrage (voting rights) movement, were required to march at the back of the historic 1913 Washington, D.C. woman suffrage parade? Who knew that White suffragists were reluctant to focus on Black concerns or feature powerful Black women in their public events,” Plett said.

The League of Women Voters wants to build a stronger, more inclusive democracy, and that’s why the Lawrence chapter is proud to have been invited to co-sponsor the Community Candlelight Vigil, Plett said.