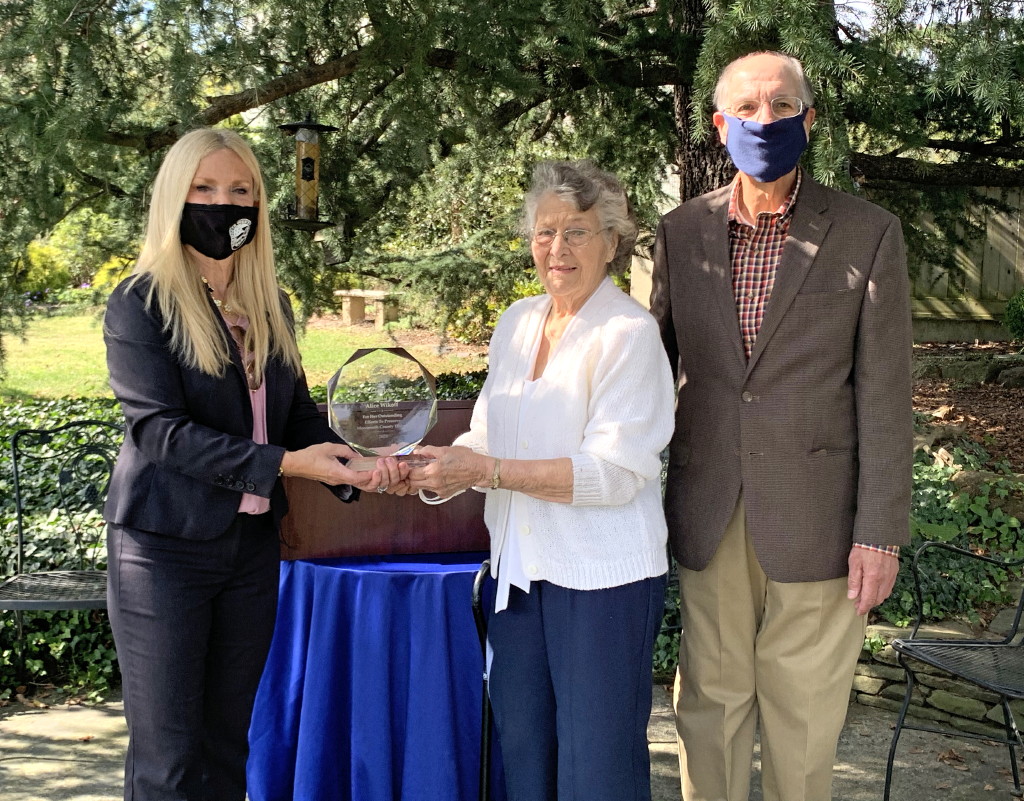 Alice Wikoff of Allentown, who serves as the borough’s historian, has been named the winner of the 2020 Jane G. Clayton Award.

The award was presented to Wikoff by Monmouth County Clerk Christine Giordano Hanlon and the Clayton Award Committee this month and will be featured in Hanlon’s 25th anniversary of the county clerk’s Archives and History Day commemorative video, according to a press release from the clerk’s office.

The Jane G. Clayton Award is presented to individuals who, over many years, have made outstanding contributions to the awareness, understanding or preservation of Monmouth County’s history, according to the press release.

“Alice Wikoff is a dedicated and outstanding town historian who embodies the Jane G. Clayton Award because of her commitment to historic preservation and her efforts to protect the rich history of Allentown,” Hanlon was quoted as saying in the press release.

Over the years, Wikoff has worked to maintain and preserve the architecture, streetscapes, parks, signs or any issue warranting attention, according to the press release.

For decades, she has diligently researched and assembled Allentown’s history in 27 three-
ring binders that include hand-drawn illustrations, historic photographs and other
artwork of the borough’s history.

Wikoff has also worked to restore the Allentown Lakeview Cemetery, which is the final resting place for many veterans of the Revolutionary War and early residents of Allentown.

Her efforts include restored headstones, interpretive signs and tours offered to Allentown’s high school students, according to the press release.

“Alice’s passion and enormous efforts in preserving and protecting Allentown’s history is unparalleled,” Hanlon said. “We owe her a debt of gratitude for preserving all of this information for future generations to enjoy.”

The Jane G. Clayton Award, named after the former county clerk who established
the Monmouth County Archives, has been given annually since 1997 to an individual
who has made a major contribution to the preservation and knowledge of Monmouth
County history, according to the press release.

This year, the clerk’s office will be celebrating the 25th anniversary of Archives and History Day through a virtual event, during which Hanlon will announce Wikoff as the 2020 Jane G. Clayton Award recipient.

The virtual event will be released in late October through the Monmouth County clerk’s website and social media pages, according to the press release.