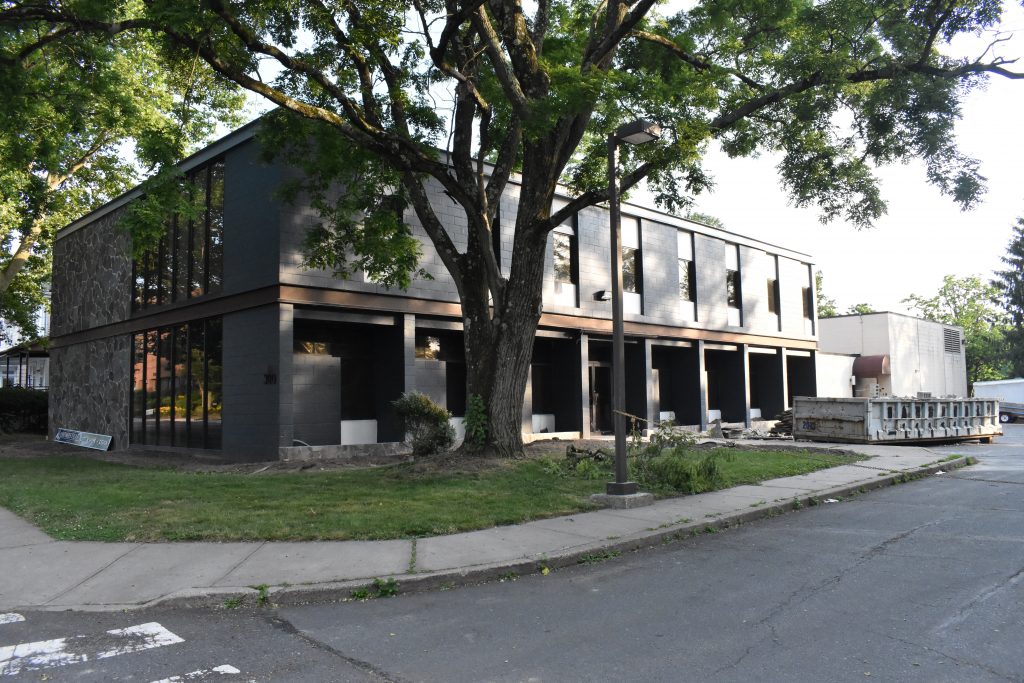 The proposed renovation is an adapted reuse of the current two-story building at 300 Witherspoon St., converting part of the existing structure to be the new home for a Capital Health primary care facility scheduled to open in 2021. The existing building is also being renovated to house additional office and retail space and is currently a little more than 20,000 square feet.

When renovations are completed the structure will be more than 25,000 square feet and an expansion of the building is not being proposed for the project. The improvements will be entirely within the building structure.

Part of the building has already been renovated for furniture and home décor store Homestead Princeton, which moved into its newest location in September.

The new Capital Health facility will occupy a little more than 7,000 square feet of existing space in the area once used by Princeton Packet for the printing press and packaging, as Homestead Princeton currently is occupying close to 3,400 square feet that was office and lobby space for the newspaper.

A date has not yet been announced for the Princeton Planning Board to review the application.

“This is essentially a revitalization project it is designed to update the existing building and parking area. There are tons of improvements, new elevators, improvements to accessibility, car charging stations, bike parking, enhanced access and lighting,” said attorney Christopher DeGrezia, of law firm Faegre Drinker Biddle and Reath, representing project applicant 300 Witherspoon LLC, during the SPRAB meeting on Oct. 14. “This is essentially to make the site function and more viable.”

The applicant is looking to improve the remaining space not occupied by Homestead Princeton by also adding square footage to the second floor, which includes a 5,312-square-foot second floor office space area leased by Capital Health, above what will be the Capital Health Suite on the first floor.

“A total of about 25,900 square feet is the total square footage when we are done,” project architect Emmanuel Obiora said.

The interior entrance lobby is being renovated as well to add an elevator lobby to provide access to the second floor and American with Disabilities Act access.

The applicant is seeking variances for the project, including a rear yard setback for the trash enclosure; parking stalls (spaces), where 133 are required but 63 are being proposed; loading space; and signage.

“Also, with regard to the parking, we are including two electric vehicle stalls with accompanying charging stations at those locations. The overall parking plan is close to what is existing today (62). At the rear of the site is the trash enclosure, an 18-by-18-foot area. We chose this location because it is clearly the furthest away from the frontage,” said James Chmielak, project engineer.

Prior to renovations and proposed improvements to the structure, the former Packet building had been sold to Helena May in 2016, after the Packet newspaper was merged with Broad Street Media to form the operating company, Packet Media LLC.

Since then, the building has one current occupant Homestead Princeton with another occupant set to be Capital Health next year. The applicant, 300 Witherspoon LLC, will look to lease the remaining renovated space not occupied by Homestead or Capital Health, according to a presentation before the SPRAB.