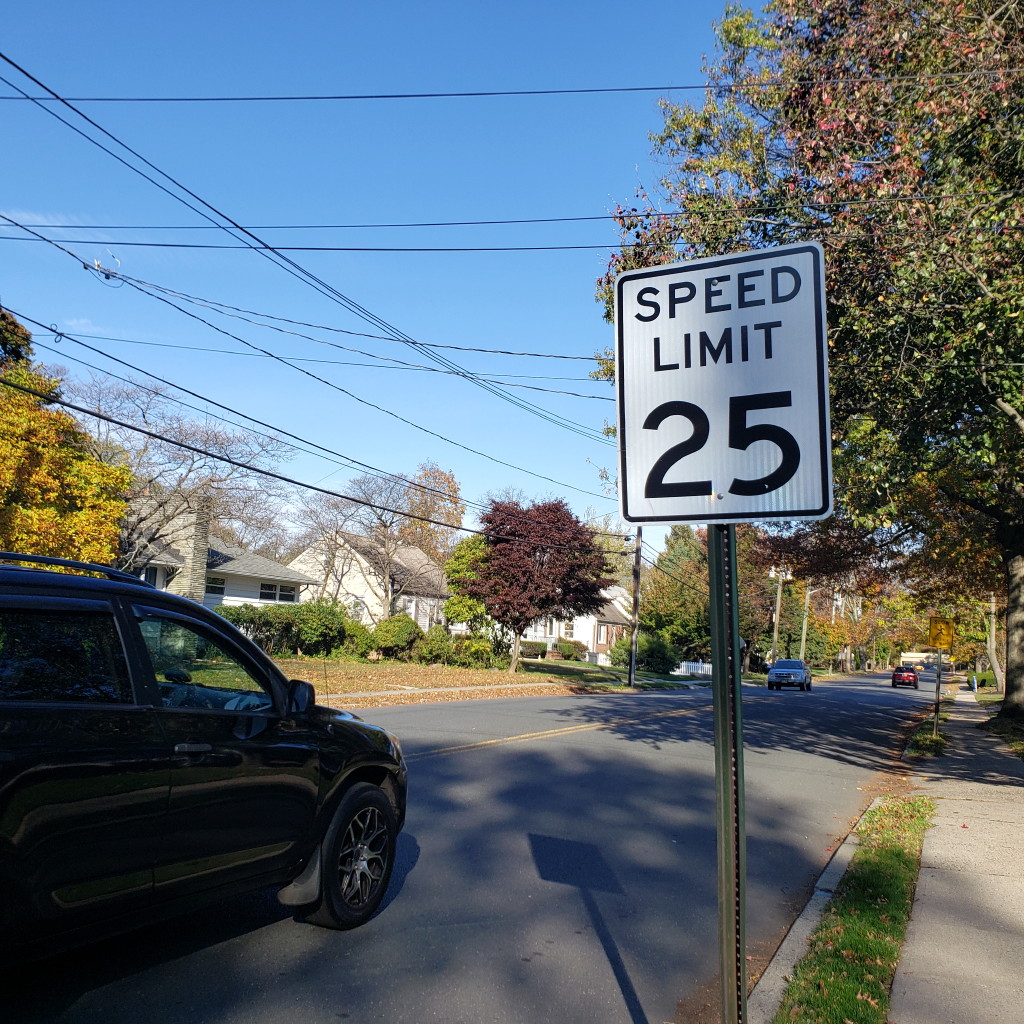 METUCHEN – What seemed like a pipe dream many years ago – reducing speed limits to 25 miles per hour borough-wide – has become 99% a reality.

Signs are now erected for motorists to travel 25 miles per hour “through the heart of town” on state road Route 27 from Kentnor Street near the Metuchen First Aid Squad to Rector Street near St. Luke’s Episcopal Church.

“The state did not approve 25 miles per hour heading towards the outskirts of town [which have speed limits upwards of 40 miles per hour], but I still feel like that switch is big for us,” said Council President Linda Koskoski at a meeting on Oct. 19, who has championed townwide 25 miles per hour since she came onto the council. “As I’ve stated many, many times before, the speed limit is just one piece of the puzzle in trying to make our streets safer.”

The state approved the reduction of the speed limit on Route 27 to 25 miles per hour from Kentnor Street near the Metuchen First Aid Squad to Rector Street near St. Luke’s Episcopal Church.

Borough officials had a meeting with state Sen. Patrick Diegnan’s (D-18) office on Feb. 25 and laid out information on why the speed limit on Route 27 should be lowered. A virtual meeting followed due to the coronavirus.

Koskoski, who had said she didn’t expect much due to the long process it took to get the speed limits reduced on the county roads, said a lot of the information was from their research for making their case to lower speed limits on county roads.

Busch said the circumstances that fell in place show the function of government works and things can actually happen with a phone call, email or chance encounter.

The Middlesex County Board of Chosen Freeholders followed approving the measure through a resolution. The speed limit changes on the county roads took effect on Feb. 14.

The borough has 52 miles of roadway.