A Plainfield man was charged in connection with a South River shooting that occurred near the Kilimanjaro Bar & Grille last week.

King was charged following an investigation by Patrolman Bernard Mackiel of the South River Police Department and Detective Mark Morris of the Middlesex County Prosecutor’s Office, which identified Bryant as one of the alleged shooters involved in a non-fatal shooting on Oct. 21 near the Kilimanjaro Bar & Grille, located on Old Bridge Turnpike in South River, according to information provided by Middlesex County Prosecutor Yolanda Ciccone and Chief Mark Tinitigan of the South River Police Department on Oct. 26.

King was being held at the Middlesex County Adult Correction Center pending a detention hearing in Superior Court, as of press time on Oct. 26. 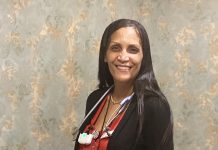