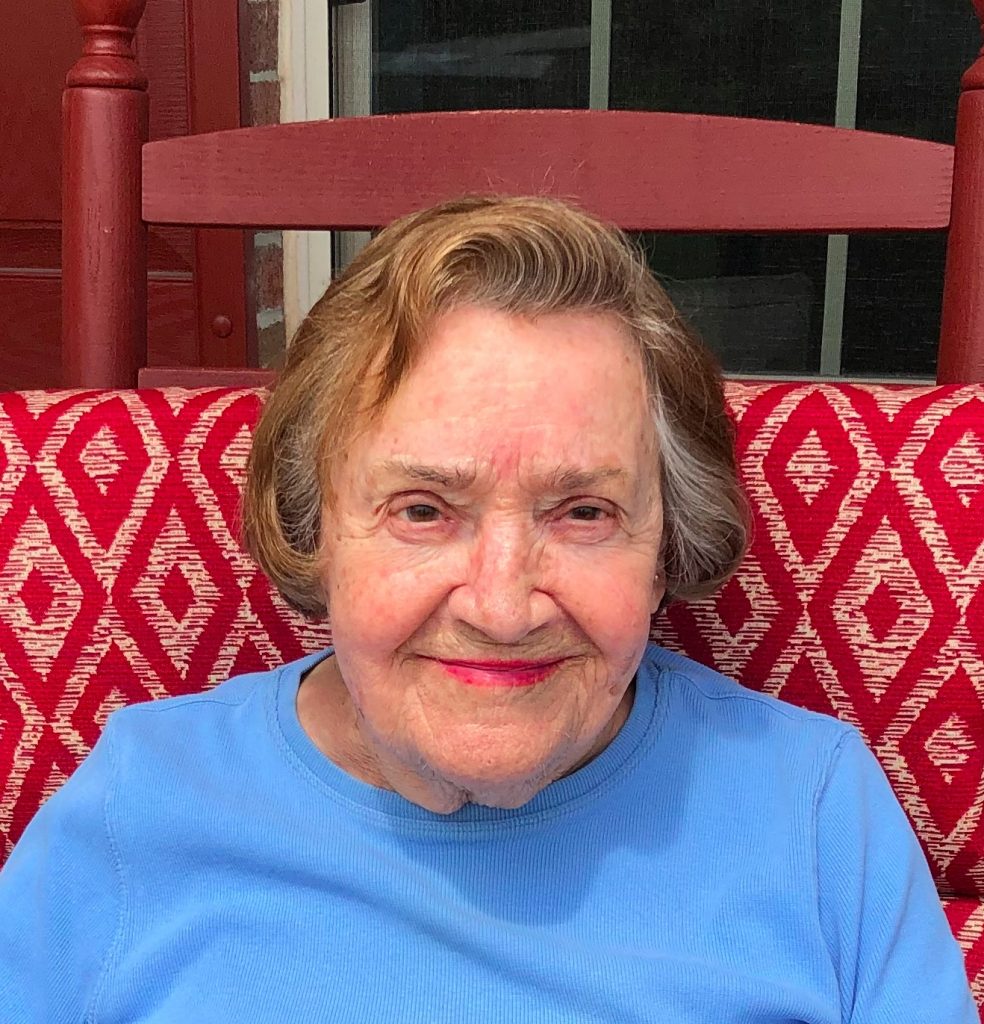 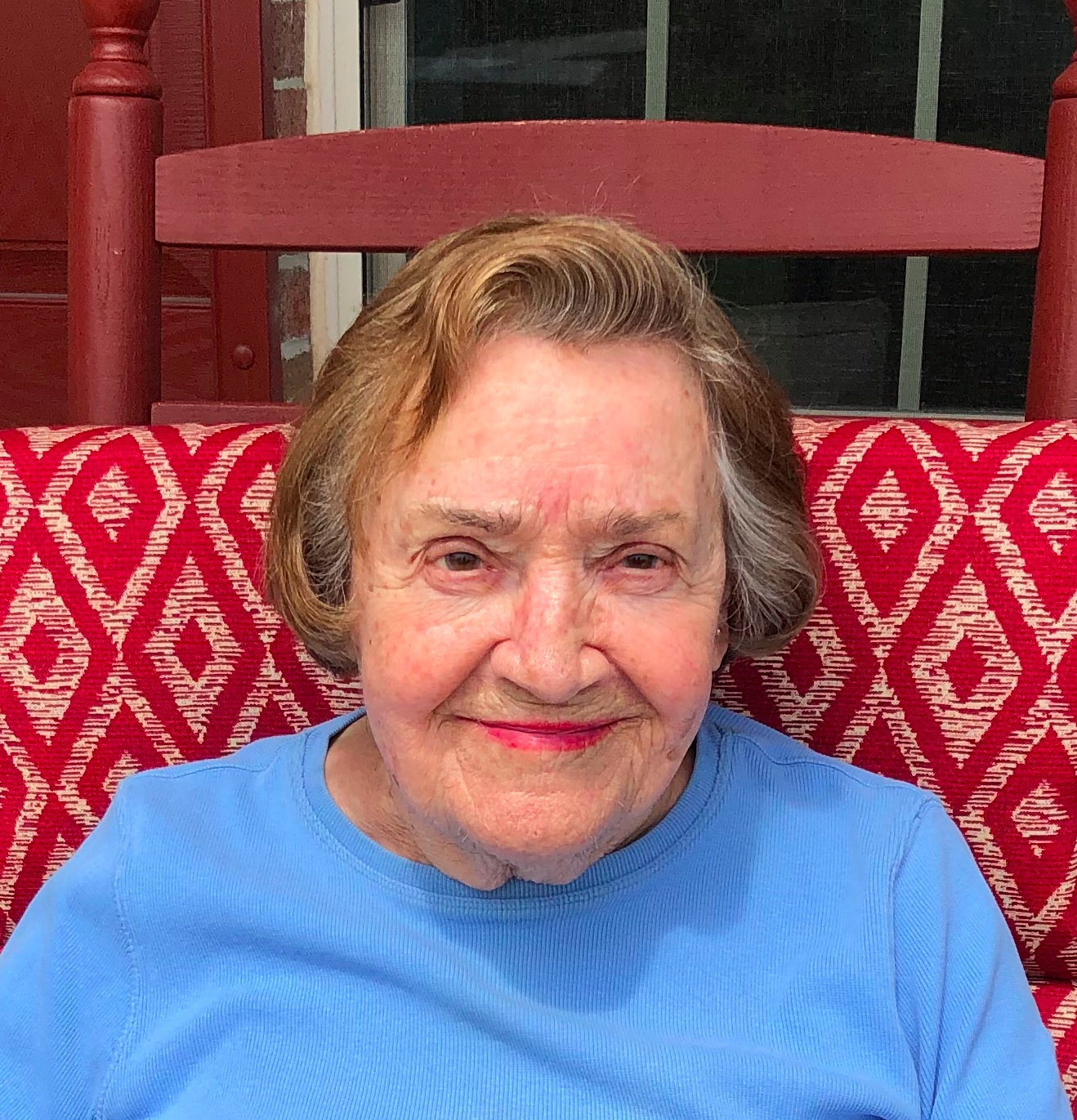 Helen Theresa Gentile, 98, passed away peacefully while sleeping at her home at The Avalon in Hillsborough, New Jersey on the morning of October 20, 2020, a few weeks before her 99th birthday.   She had been a long-time resident, with her husband Emile Gentile, of Garden City, New York for 44 years before moving to New Jersey.

Helen was born on November 15, 1921 in Brooklyn, New York, the middle child and only daughter of Alexander and Rose Picozzi (née Adamo) and adoring sister of Matthew Picozzi and Vincent Picozzi, who predeceased her.  Helen grew up in Williamsburg, Brooklyn and Richmond Hill, Queens, spending happy summers with her close-knit extended Italian-American family at her family’s bungalow in Highland, New York, near New Paltz, a tradition she later continued with her own children.  An excellent student, Helen graduated from Richmond Hill High School at 15 and then attended Queens College, along with her older brother Matthew, where she majored in French and Spanish language and literature and was on the diving team and in the badminton and fencing clubs.  She was proud to be a member of Queens College’s first graduating class in 1941, receiving a Bachelor of Arts degree with departmental honors.  She took post-graduate courses in foreign language education at Middlebury College and Cornell University and later earned a Masters of Arts degree in Education from City College of New York in 1945.

Following college, Helen embarked on a long and rewarding career as a New York City public school teacher, beginning as a high school French teacher during World War II, where her students were so close in age that more than one of them asked her for a date.  She later changed to teaching elementary school, working for many years as a sixth grade and Spanish teacher at P.S. 41 in Bayside, Queens.  She was a strict but encouraging teacher, imparting her love of learning and gift for language to her many students over the years, until retiring in 1986.

In 1952, Helen met her future husband, Emile Gentile, on a ski slope in the Poconos when she dropped her skis and he offered to carry one for her.  They were engaged four months later, married on December 21, 1952 and continued a lifelong love and partnership for more than 60 years until Emile’s death in 2013.

Helen was a devoted, loving mother of four children.  She demanded high standards but never ceasing to do as much as she could for her family.  With remarkable energy through most of her life, she managed to teach school, grade papers, plan lessons and graduation exercises, shop, cook three-course Sunday pasta dinners, be a Cub Scout den mother, clean house and dishes, sew hems, dresses, doll clothes and Halloween costumes, schedule dance and piano lessons, sports activities and doctor visits, host family holidays and birthday parties, attend weekly mass, bake chocolate cakes, zeppoles, honey cakes and cream puffs, and try her hand at crocheting, upholstering furniture, sculpture and painting.  In retirement, Helen volunteered at a local Long Island hospital and with the League of Women Voters, played bridge and golf, and enjoyed movie nights, local theater and traveling with Emile, taking Elderhostel (now Road Scholars) vacations for many years.  Helen and Emile especially enjoyed spending the winter months in the Florida sun at their second home at PGA National in Palm Beach Gardens, where they made many new friends and visited with old friends and family.

Although slowed in her last years, Helen continued to find joy in the beauty of nature and in her children and grandchildren, delighting most recently in her great-grandson.  She will be greatly missed by her family and caregivers for her indomitable spirit, humor and caring concern.  Helen is survived by her son, Vincent E. Gentile of Princeton, New Jersey, and his wife Patricia Pickrel, her daughter, Patricia E. Coutu of Warwick, Rhode Island, daughter Laurie J. Gentile, and son-in-law Scott Friedland, of Chappaqua, New York and daughter Jill T. Gentile, of Highland Park, New Jersey; her grandchildren Andrew V. Gentile and wife KC Arbour, Daniel Gentile, Katherine Coutu Holland and husband Chris Holland, Nicholas Coutu, Julia Friedland, Alexander Friedland and Michael Friedland; and her great-grandson, Henry Gentile.  Her son-in-law, Roland J. Coutu, predeceased her.

Her family extends their heartfelt thanks to the staff of Avalon @ Hillsborough, NJ for the high quality and loving care they provided to their mother, Helen, for the past 7 years. A short memorial service for the family will be held at The Mather-Hodge Funeral Home, Princeton, New Jersey. Mass of Christian Burial will be celebrated at 1:00 pm on Saturday, October 24, 2020 at St. Paul’s Roman Catholic Church, 216 Nassau St., Princeton, New Jersey 08542.  In lieu of flowers, the family has suggested that donations may be made in Helen’s name to Queens College, www.qc.cuny.edu or Alzheimers Foundation of America, www.alzfdn.org.