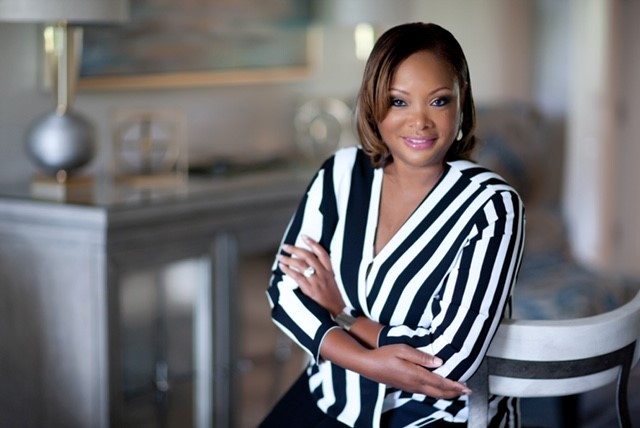 Tay Walker never just wanted a job. She sought a job that consumed her thoughts morning, noon and night, a job that made her want to dive in rather than check out. Her dream became a reality four months ago, as she assumed the role of the YWCA Princeton’s new executive director.

When I met Tay virtually, I was struck and awed by her passion for the YWCA Princeton. I guess it takes one to know one. For the past four decades, I have been an unapologetic fan of the YWCA Princeton – even though I never have used any of its specific services, other than eating at its little café, occasionally attending some of the social justice rallies and lectures, and supporting its fundraisers. But that never mattered to me, because I always knew the YWCA represented the right values for the right reasons at the right time.

The Princeton YWCA, which will be celebrating its 100th birthday in 2022, is dedicated to “eliminating racism, empowering women and promoting peace, justice, freedom and dignity for all,” according to its mission statement. I have seen how the YW has transformed the lives of dozens of my friends and acquaintances with its renowned childcare resources, Breast Cancer Resource Center, Newcomers’ Club, and programs such as English as a Second Language, STEM/Robotics, High School Equivalency, and Stand Against Racism. Does all this seem too good to be true? Actually thank goodness it is true.

According to Tay, another woman, who happens to be her mother, inspired her 20-year career as a non-profit manager in the social justice and public health field. As Tay’s accomplishments, which include being the Early Childhood and Health Services Administrator at Camden County Head Start, became more and more noteworthy, Tay would reference her mother’s career and commitment as the reason for her own dedication to her profession. “I always had a desire to walk (and work) in my mothers footsteps.”

Her mother Mary Walker served as an advocate for the Consumer Education Protection Agency in Philadelphia. She fought for other people’s access to housing, health care, jobs and job training.

“My mother was so passionate about her work that when I was a teenager, she was arrested in a peaceful protest. I wanted to join with her instead of rebelling against her. She believed in equal rights for everyone, especially for those who could not be at the table to make their voices heard. I watched my mom galvanize the community members and get people to come and speak. She laid the foundation for who I am today.”

Even though her mother’s job title was “advocate,” Tay considers her mom as someone who went outside the bounds of a traditional advocate by also being an activist.
“And that is my role model. Of course, I too, am an advocate for the principles that define the YWCA’s mission, but in addition I am an activist. I not only will advocate on behalf of the individuals being served by the YWCA, but also will be proactive, put power behind the advocacy with an activism that will make a difference. An activist has no fear of ruffling feathers.”

Tay is passing on her passion for social justice activism to her 11-year-old daughter, who has done public service announcements in Philadelphia about kids making healthy life choices. Three generations of Walker women will appear at an upcoming Black Lives Matter event in northern New Jersey.

Another activist who has inspired Tay is New Jersey’s First Lady Tammy Murphy. “I was so honored to have her speak at the end of September for the opening of the YWCA’s newly renovated program building, including a new childcare wing: The Burke Foundation Early Childhood Center at YWCA Princeton. Tammy Murphy’s and Governor Murphy’s dedication to childhood education is so uplifting, as is the extraordinary support the YWCA Princeton has gotten from The Burke Foundation,” Tay said.

“For working parents, the availability of affordable, quality child care is absolutely essential, but the new YWCA Childcare Center goes beyond offering this critical service,” said First Lady Tammy Murphy. “By including a lactation room, classrooms for public Pre-K classes, access to ESL classes, and more, this facility will support Princeton area families in a multitude of ways. I am thrilled to see the partnership between The Burke Foundation and YWCA Princeton come into fruition in such a meaningful way for the benefit of the surrounding community.”

Another woman had a hand in the YWCA’s renovation project. Barbara Hillier of Princeton-based Studio Hillier designed the Early Childhood Center at YWCA Princeton with sustainability, functionality and safety in mind. For example, a new stroller bunker was created for convenient storage, and features a grid built to run rainwater and melting snow away from the strollers inside.

“We have nine wonderful classrooms serving 30 percent more children a year ages eight weeks to six years old. The renovation project allowed us to build three classrooms for a partnership with the Princeton School District to provide free preschool, about which we are beyond thrilled,” Tay said.

“The first five years is the most critical stage of development in a person’s life. High quality early education is the bedrock for children’s future learning, health and life success,” said James Burke, president of The Burke Foundation. “That’s why quality childcare is one of the smartest investments a community can make in its future.”

And Tay, with her nonstop dream job, intends to invest herself 100 percent in the YWCA Princeton’s future and the future of the people it serves.