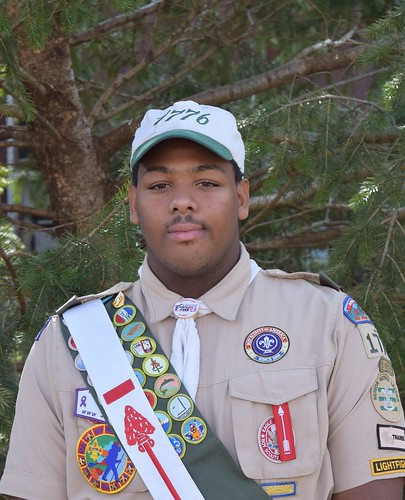 Vaughn Colva recently earned the rank of Eagle Scout by organizing the construction of the Mike Merdinger Memorial Trail.

The project involved measuring the different legs of the trail, installing trail posts, constructing a trail map and cleaning up the area with mulch, according to the proclamation presented to Vaughn by the Hillsborough Township Committee on Oct. 13.

Using the funds raised for the project, Vaughn also purchased and installed two park benches, one of which commemorates one of his scouting mentors from Boy Scout Troop 1776.

The project was completed in 211 hours with the help of 31 scouts and volunteers, according to the statement.

He is a senior at Hillsborough High School. He is a three-season varsity lettered athlete in football, winter track and field, and spring track and field.

He is a member of the Raritan Valley Composite Squadron Civil Air Patrol, serving as cadet first lieutenant.

He competed in the color guard, senior and junior rifle, and was awarded the National Cadet Competition Ribbon and commander in 2016, and the Commendation Award in 2018.

Vaughn was also a People to People student ambassador at the Sydney, Australia, conference in 2014; attended the Junior Police Academy for Somerset County in July 2017; and was awarded the Detective Matthew Tarentino Matter of Pride Award in 2017.