Harness racing drivers Jack Pelling and Austin Siegelman both had a day to remember at Freehold Raceway on Oct. 31.
Pelling, the son of trainer Brett Pelling, won his first race as a driver in race 3 on Cote Keim-trained Jackamino, according to a press release.
Sent off as the favorite from the inside post, Pelling kept Jackamino in the pocket early on, watching the action unfold in front of him. As the horses turned for home, Pelling steered his horse into clear sailing and won the 1-mile race by one-and-three-quarter lengths.
Pelling, 25, got his provisional license earlier in the year and began driving in qualifiers in June. He drove in his first pari-mutuel race a week earlier at Harrah’s Philadelphia.
Siegelman won four races on Oct. 31. He got his first win in dominant fashion, scoring on favored Haymitch in race 4 for trainer Vincent Stallworth.
He then won race 7 on Bettor BB, surging late to win a four-horse photo. Scott DiDomenico was the winning trainer.
After that, Siegelman went back-to-back, guiding Vasari to a strong win for owner-trainer Mike Posner. In the 12th race, Siegelman wrapped up the grand slam on Bill Height-trained Momma’s Artist.

He got his first win of the afternoon on Sheeza Shark N in race 2, winning a stretch battle to win the 1-mile race on the Bill MacKenzie-trained mare.

Siegelman got the double in race 7, guiding Twin B Friendly to the score for trainer Shaun Vallee. He got the hat trick in race 9, as Massive Talent trotted to victory for trainer Jeff Smith.

After a near-miss in race 10, Siegelman completed the grand slam on Odds on Daytona in the 11th race, who was indeed the odds-on favorite for trainer John Wyatt.

For the calendar year, Siegelman has 44 wins, good for fourth place in the driver standings. Since the resumption of racing on Aug. 28, Siegelman’s 31 wins are best among Freehold drivers, according to the press release. 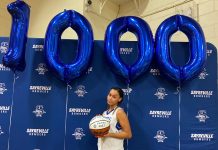 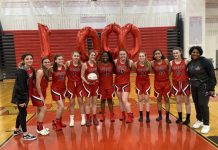