There were elections for three, three-year seats on the Lawrence Township School Board on Nov. 3.

The results listed here reflect what has been posted online by the Mercer County Clerk’s Office as of 8:04 p.m. Nov. 3. Mail-in ballots can be received through Nov. 10, and provisional ballots will be tabulated post-Nov. 11, according to the county.

The results are not final and it is not known when the results will be final.

There were 128 write-in votes. 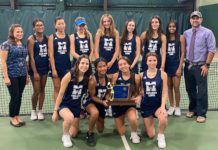