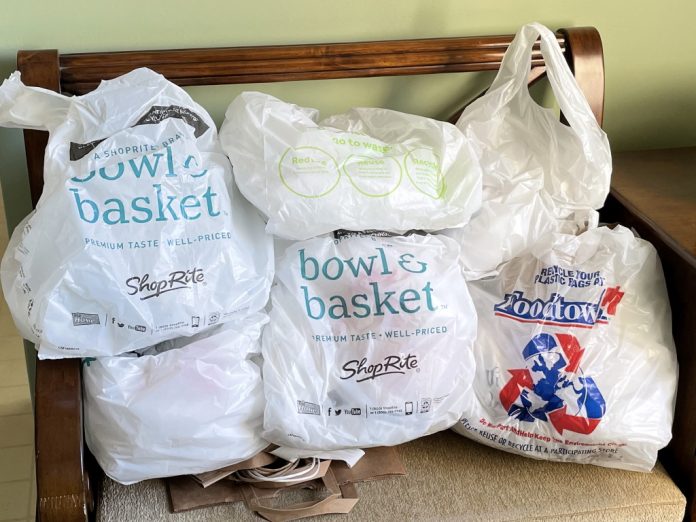 Gov. Phil Murphy has signed S-864 – which prohibits the use of single-use plastic bags and paper bags in all stores and food service businesses statewide – into law.

Murphy said the new law is a significant step to reduce harm and pollution those products cause to the Garden State’s environment.

“Plastic bags are one of the most problematic forms of garbage, leading to millions of discarded bags that stream annually into our landfills, rivers and oceans,” Murphy said. “We are addressing the problem of plastic pollution head on with solutions that will help mitigate climate change and strengthen our environment for future generations.”

According to a press release from the governor’s office, beginning in May 2022, plastic and paper single-use bags, as well as disposable food containers and cups made out of polystyrene foam, will be banned.

Moving forward, the focus throughout the state will be on using reusable bags. The following products will be exempt for an additional two years after May 2022:

• Portion cups of 2 ounces or less, if used for hot foods or foods requiring lids;

• Meat and fish trays for raw or butchered meat, including poultry, or fish that is sold from a refrigerator or similar retail appliance;

• Any food product pre-packaged by the manufacturer with a polystyrene foam food service product;

• Any other polystyrene foam food service product as determined necessary by the New Jersey Department of Environmental Protection (DEP).

Under the new law, food service businesses will be allowed to provide single-use plastic straws only upon request starting in November 2021, according to the press release.

“From our cities to our shores, single-use plastic bags unnecessarily litter New Jersey’s most treasured spaces and pollute our ecosystems,” DEP Commissioner Catherine R. McCabe was quoted as saying in the press release.

“By banning single-use plastic bags, Gov. Murphy and our Legislature continue to make New Jersey a national leader in environmental protection and the DEP stands ready to implement these new measures and educate the public,” she said.

“The health and safety of future generations depend on the choices we make today. Single-use plastic products are one of the single greatest threats to our oceans, environment and health,” said Assemblywoman Nancy Pinkin (D-Middlesex).

“Many of our municipalities have already taken steps to limit the use of carryout bags and containers; now it’s time for the state to act. This is the strongest law implemented in the nation to curb the use of these products and maintains New Jersey’s stance as a leader in environmental protection,” she said.

“It’s a good day for marine critters and the power of the people,” Clean Ocean Action Executive Director Cindy Zipf was quoted as saying in the press release.

“For over 35 years, thousands of COA’s beach sweep volunteers have collected more than 7.2 million pieces of trash, mostly plastic, off New Jersey’s beaches.

“Thanks to Gov. Murphy and the Legislature, we have successfully drawn a line in the sand and made New Jersey a world leader in reducing the plastic plague on this marvel of a planet,” she said.

“This is a great day. New Jersey has now become a national leader in going after plastics and protecting our environment,” said Jeff Tittel, director of the New Jersey Sierra Club.

“This statewide plastic ban will help protect our rivers and streams from plastic that has been known to kill whales, get into our environment and into us.

“This comprehensive plastic ban not only bans plastic bags, but also polystyrene and the offering of plastic straws. This is a critical step forward when it comes to protecting our environment from plastics,” he said.

Jennifer Coffey, the executive director of the Association of New Jersey Environmental Commissions, said, “This law marks a monumental step forward in the fight against the fossil fuel industry and their production of disposable plastics, and a win for wildlife, clean rivers and our ocean.

“After years of local officials taking steady, incremental steps toward banning single-use plastic by passing 130 local ordinances, we are finally doing away with polluting plastic bags and polystyrene food containers for good.

“This law is a product of many stakeholders and legislators working together to ensure all voices are heard, and we thank Gov. Murphy for signing this bill into law,” Coffey said.