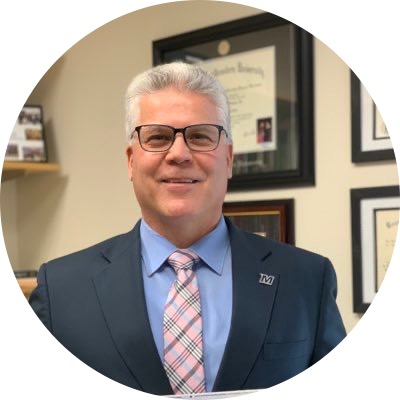 EDISON – Schools Superintendent Bernard Bragen, who grew up in Edison and began his career in the Edison School District, said he is committed to the district and has no ambition to go further, whether to another state or another position.

That is why Bragen said he requested to extend his contract through July 1, 2025.

“I love what I do,” he said. “Some people [joke] I have no life, answering emails at 3 a.m. in the morning, that’s not true. I have no other life than this because that is what I’m passionate about.”

In November 2019, the Edison Board of Education approved a three-year contract for Bragen at an annual salary of $245,000 including health benefits, according to school officials. He began the superintendent role on Dec. 9, 2019.

Bragen said his vision for the district is simple.

“Do everything in my power for all the children under my charge, all 16,740 of them, to achieve their maximum potential,” he said.

Board members said there was no question about whether Bragen is doing a good job at the helm of the fifth largest township school district in the state, but some members expressed concerns about timing.

After much discussion, the board agreed to extend Bragen’s contract through July 1, 2024, despite his request for renewal through 2025.

Initially voting on the extension through 2025, board President Ralph Errico and board members Carol Bodofsky, Beth Moroney and Shivi Prasad-Madhukar voted “yes;” and board vice President Falguni Patel and board members Yuna Chen, Shannon Peng and Jerry Shi voted “no.”

Board member Elizabeth Conway abstained from the vote.

Patel then suggested an amendment after the split vote, and the board unanimously approved to extend Bragen’s contract through July 1, 2024. Conway abstained from the vote again.

“Maybe one year that we lost to COVID is something we can give back to him, kind of like a negotiation to what he’s asking for and what we’re willing to give,” Patel said. “To me, I think one year is reasonable, it’s fair. It gives the board an opportunity to see how next year plays out with COVID and giving him assurance that he’s here for three-and-half-years instead of two-and-half-years.”

Bragen’s request to extend his contract brought discussion at the board caucus meeting on Oct. 15 and regular meeting on Oct. 20. Many residents at the meetings expressed they were in favor of Bragen’s contract extension.