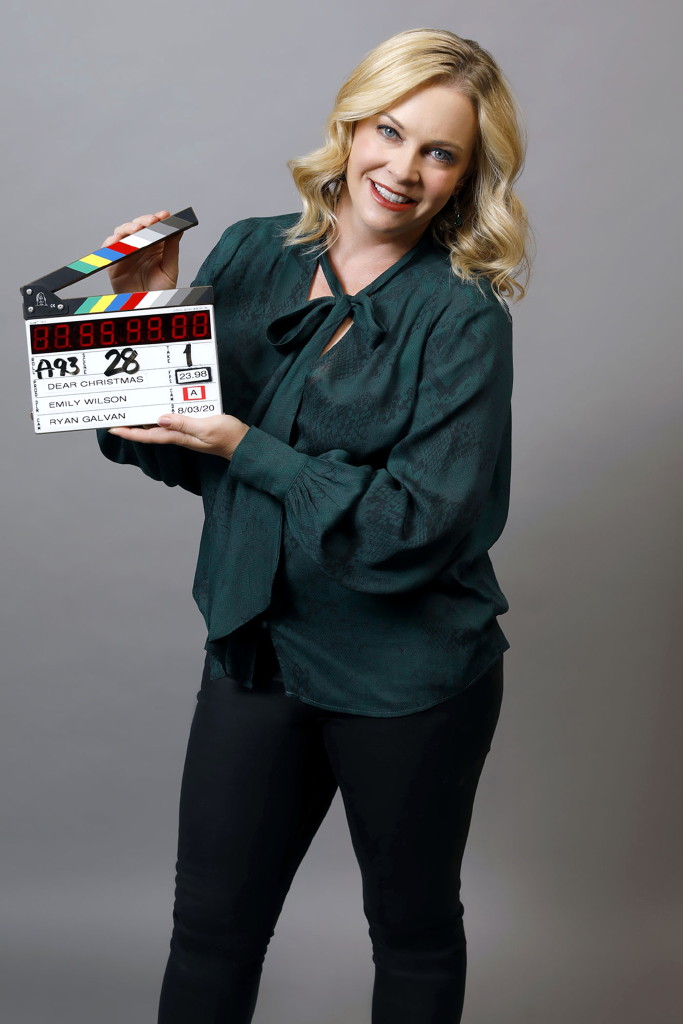 Parents raising kids in the ’90s have a loving attachment to former teen darling Melissa Joan Hart, whose wholesome personality onscreen and off in shows like Clarissa Explains It All and Sabrina the Teenage Witch provided a safe and entertaining staple for families for years. Hart, who is now mom to three kids (Tucker, 8; Braydon, 12; and Mason, 14) has fond memories of those series, but credits Dancing With the Stars for helping her move beyond her teen characters.

“Dancing With the Stars is really the first time anyone really called me Melissa,” she shares. “I feel like that’s where I got my name back. Before that it was like, ‘Oh, Clarissa,’ or ‘Sabrina.’ Now people know me as Melissa Joan Hart.”

On an early Wednesday morning in late September, we caught up with the now director, producer and actress.

“I produced three movies this year,” Hart says. “One is starring Vanessa Lachey, who is my friend, called Once Upon a Main Street. We just wrapped that maybe two weeks ago. My mother and I produced it with our Hartbreak Films, and because we were able to get the first one up and running in the time of COVID, we just kept the ball rolling for Lifetime and got a few movies made.”

Another project reunited her with Mario Lopez — “we do a lot of Christmas stuff together, that guy and I” — in Feliz NaviDAD, where Lopez plays a high school principal and single dad who lost the holiday spirit after losing his wife a few years ago during the Christmas season.

“We were the first production, I believe, in the U.S., as far as unions go, to have a movie start and finish. I’m pretty proud of that,” she says of the film. “It was a little scary because all eyes were on us to make this work, and we were able to successfully complete the movie and we rolled right into the next one, Dear Christmas, which I starred in.”

In Dear Christmas (Nov. 27), Hart stars as a podcaster who is developing a piece on the true meaning of love, but never quite experienced it herself. Hart says the film has a lot of fun Easter egg moments (those behind-the-scenes things to watch for) that relate to COVID-19 restrictions. Watch how you’ll never see more than six cast members in a scene together at one time.

As for the holidays and holiday TV programming beginning earlier and earlier these days, Hart thinks people are ready for it.

“This year there’s been so much turmoil and so many natural disasters. I think people look to the holidays as a moment of hope and of peace,” she says. “It’s these Christmas movies that just bring so much joy to people. They know there’s going to be a happy ending. They know they’re going to see some Christmas magic and they’re going to get so much out of the season, even if it’s just while they’re baking cookies in the kitchen and watching TV, or sitting with their family at night to catch a special one with maybe a star that they love, or watching a classic that they enjoy. I think it’s important to our sanity to have these Christmas movies to be able to escape our realities.”

While Hart’s life was a bit in flux, having just moved from Lake Tahoe to the East Coast, and now planning another move South, she did know the holidays will be with family.

“It’ll be special because it’ll be the five of us probably in matching pajamas,” Hart concludes. “And some presents under the tree and some hot chocolate, and all my favorite foods, and my husband’s favorite foods, and I know that wherever we are and whatever comes, I just know that we’ll make it special no matter what.”