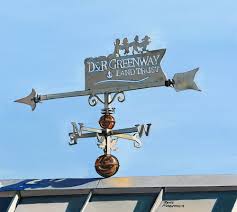 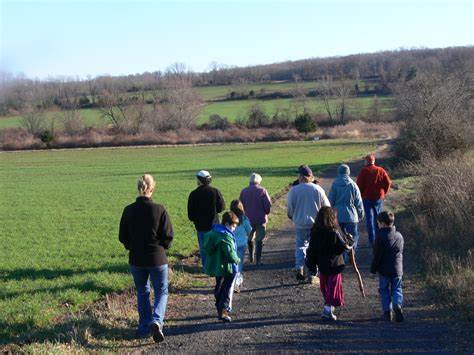 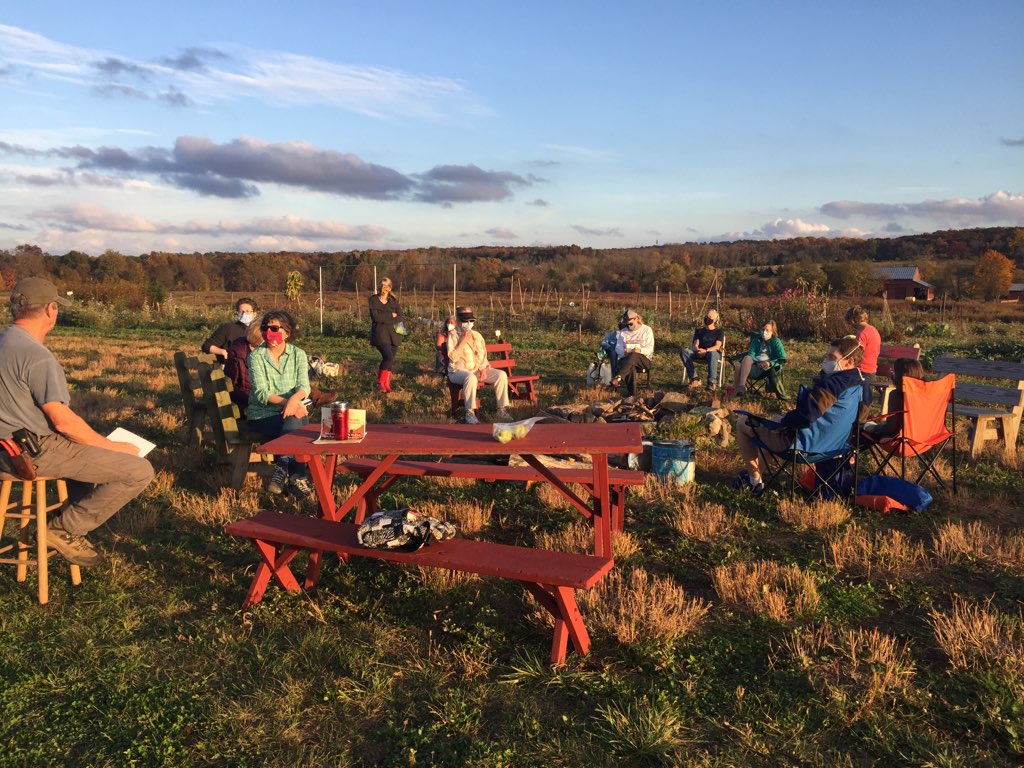 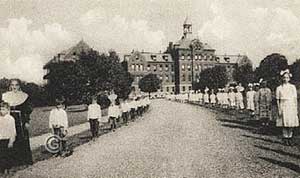 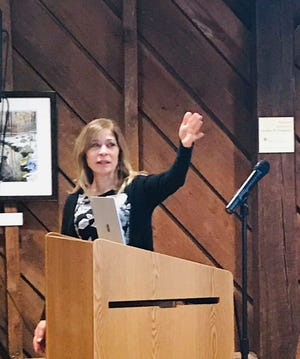 D&R Greenway is celebrating the 10th anniversary of their preservation of land now beloved as St. Michaels Farm Preserve.

Once upon a time, a large brick Victorian orphanage presided over these 400 acres in Hopewell Township. Set in expansive farm fields and richly forested land, children lived at and attended classes in St. Michael’s Orphanage and Industrial School from 1896 until its 1973 closing. The building was demolished in the 1970s. This land laid dormant, awaiting its ultimate fate. This very nearly translated into a development of more than 1,000 houses, plus a shopping center on the edge of the small town of Hopewell.

In autumn, 2005, D&R Greenway President and CEO Linda Mead received a call from the attorney for the Catholic Diocese of Trenton: “He told me that D&R Greenway would have the last chance to preserve the orphanage property. Dedicated as a special overlay zone, it could otherwise hold 1,050 houses, alongside a 30,000-square-foot shopping center. The diocese offered to sell it to us for $11 million.”

The accredited land trust was chosen for this project because of D&R Greenway’s previous successes in saving large regional properties, such as The Institute for Advance Study land, Coventry Farm and Greenway Meadows. The non-profit immediately accepted the challenge to raise the diocese’s asking price.

“We secured $8 million in public funds from both the New Jersey State farmland and Green Acres programs; and from Mercer County and Hopewell Township and Borough. But $3 million remained to be raised by the March 15, 2007, deadline, after which building plans would begin. Extensive grassroots fundraising events and very generous individual gifts fueled more than 900 people to contribute to this purchase,” Mead said.

Upon securing the funds, D&R Greenway completed final negotiations, contracted the technical work and ensured the site was cleaned up to standard before finalizing the purchase in January 2010.

The very process of joining to save this land created strong community ties, not only in Hopewell’s Borough and Township but throughout the region. St. Michaels Farm Preserve, in the subsequent decade, has required another million dollars, and significant staff time to maintain and improve the preserve with the trails and features enjoyed today.

An early project was the construction of the Charles Evans Overlook, off Aunt Molly Road, with its sweeping views of the town’s historic landscape. That very first summer, June 2010, the preserve was opened to the public with a community run and a plein air art exhibit, with music by the Hopewell Chorus and lowing of (fenced) farm animals. Community events on the land included a barn-raising celebration, a public walk to commemorate the new bridge with a ribbon-cutting, and the preserve hosted the 250th anniversary celebration of Hopewell Borough. In breeding season, the purple martin, American kestrel and bluebird houses keep the air alive with wings and song.

Funds from the land trust’s spring gala have allowed Marchand Meadow to be seeded with wildflowers in memory of legendary Princeton Mayor Phyllis Marchand. The meadow fills the footprint of the vanished orphanage.

In late spring, D&R Greenway addressed COVID-related challenges of food security. New community connections emerged with Victory Gardens established in the 8-acre fenced field above the vintage red barn. A source of healthy, local food and welcome fellowship, neighbors tended 32 plots, 10 feet apart for social distancing. Seven Victory Garden plots were set aside for charity. Corinne Egner led volunteer gardeners, who provided tomatoes, squash, lettuce, sweet and white potatoes and other fresh vegetables during the height of the growing season, to Aunt Chubby’s Hopewell luncheonette. This fresh produce was used to provide box lunches and bags of groceries to up to 60 local families in need.

On Halloween, D&R Greenway provided an alternative to trick-or-treating with a drive-through parade on the farmland. Surrounded by peak foliage, 10 floats were created by local organizations, giving meaning to the theme, “I Love LAND because …” Victory Gardeners created a scarecrow garden. One hundred seventy cars brought families and friends of all ages to be delighted as they paraded.

Just before the pandemic began, Josephine Allen gave a packed-house presentation in D&R Greenway’s 1900 barn, the Johnson Education Center. The youngest orphan at St. Michaels, she was also the last to leave the orphanage. Nature on that land was literally a lifesaver for that child. The audience laughed, cried and went away with a story they’ll not soon forget. Jo is now a volunteer at D&R Greenway, having found St. Michaels at a bonfire celebration, eager always to expound upon the benefits of preserved land.

In all seasons, walkers, with or without dogs, bikes and strollers, enjoy St. Michael’s trails, some of which follow the old farm roads, leading into rich woodlands. In this time of COVID restrictions, visitors faithfully respect social distancing needs, wearing their masks, providing wide berth in passing. Autumn’s birders raise binoculars to follow the pair of northern harriers, swoop-hunting St. Michael’s open fields. All delight in the increasing return of grassland birds to the preserve.

Cameras are an everyday accessory. Artists set up easels; poets create new works inspired by this special land. Long views of inspiring sunsets, in this 10th anniversary year, add to the spiritual effects on yoga classes led by Fyrefly Yoga. Expansiveness and peace are the preserve’s natural gifts.

St. Michaels Farm Preserve has become a community resource, cared for and increasingly expanded over its first decade, thanks to D&R Greenway and its generous donors. Day-to-day management of the preserve and the Victory Gardens benefits from the passion that Bill Flemer brings to his job as preserve manager. D&R Greenway’s stewardship team, under the leadership of Tina Notas, ensures informative signage, attractive entrances and habitat improvements. It takes a village – of staff, volunteers and donors – to ensure that this land remains a welcoming place for the many people that love it.

Naturalists delight in four plant communities upon this preserve: agricultural, shrub/scrub, hedgerows and forest. Several patches of forest rise at its southernmost end and along the eastern side. Nearly 35 acres of forest delight preserve hikers east of Aunt Molly Road. This larger array of trees is an extremely high-quality forest, including a shale barren reminiscent of a Midwestern savanna with several widely-spaced white oaks.

Ornithologists and consummate birders regularly inventory birds on the St. Michaels land. Almost one hundred species have been tallied. The list includes eleven species of warbler, vivid Indigo bunting, and spring’s dazzling rose-breasted grosbeak and scarlet tanager. A pair of harriers cruise these fields in quest of voles and mice. American kestrels live in boxes tailored to their needs and installed by D&R Greenway, as do purple martins and bluebirds. Near the vintage barn, both a great blue and a little green heron have been seen along its nearby creek.

Visitors are reminded to make use of D&R Greenway’s TravelStorys audio tour. Downloaded to the smartphone, histories of this land are triggered upon passing points of interest. Stories tell of the Orphanage and its shrine, natural features of the preserved land, and the people and community who ensured this land would be here for all generations.

As we end a challenging year and look to enjoy the peace of the holidays, D&R Greenway invites the public to visit their St. Michaels Farm Preserve to enjoy its treasures. They welcome contributions from those who walk and enjoy the preserve as people contemplate end-of-year charitable giving.

Gifts can be made at www.drgreenway.org. 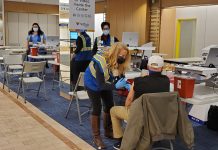