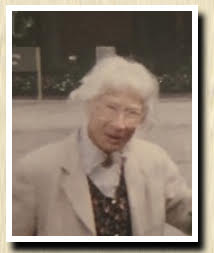 Elli Rambow Walter, 93, of Plainsboro, New Jersey, very sadly passed away at the Plainsboro Hospital on Friday evening November 20. Elli Walter was born on January 27, 1927 in Meichow, Germany to Karl and Bertha Rambow. Her family heritage was German, French, and Eastern European. Elli attended the University of Marburg in Germany. She met her American husband Paul Walter in Germany when he was working there for the United States government. Prior to moving to Princeton in 1963 Elli worked for Johns Hopkins University and for the University of Pennsylvania.

Elli Walter lived in Princeton in the same beautiful house on Loomis Court from 1963 until 2012 when she moved to the lovely Princeton Windrows retirement community. Elli enjoyed classical music, art, reading, films, and gardening. She created a lovely and colorful garden around her house. Elli Walter worked as a dedicated staff member in the Princeton University library system for many years (first in Firestone Library, and then from 1978 until 1996 in the Marquand Art Library where she was highly appreciated and valued).

Elli Walter’s greatest accomplishments were being an exceptionally kind, compassionate, thoughtful, and generous-hearted person; being a wonderful, nurturing, loving, devoted, and supportive mother of her son Hugo, a 1981 graduate of Princeton University, who loved, cherished, admired, respected, and adored her; having an extraordinary appreciation for beauty in everyday life and in art; and having a noble mind, a gracious heart, and a benevolent spirit which enhanced the character, the decency, and the stature of any place and the quality of life in any situation in which she was present. Elli Walter was a beautiful and gentle soul and a radiant presence in the world.

Elli Walter is survived by her devoted son Hugo who will love and cherish her forever and by the three daughters, Hannelore, Heidi, and Ute, of her deceased brother Karl and his wife Liesbet and their families in Germany and other parts of Europe and by several relatives in South Carolina and Maryland. Memorial donations may be made to the Marquand Art Library of Princeton University—please see the instructions about making a donation to the Art Library in honor of Elli Walter at the end of her obituary on the Mather-Hodge Funeral Home website. A memorial service will be held for Elli Walter in the Princeton University Chapel in the future when the pandemic is over. The funeral arrangements are under the direction of the Mather-Hodge Funeral Home in Princeton. Elli Walter was such a wonderful and lovely person and will be deeply and profoundly missed. 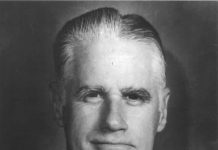 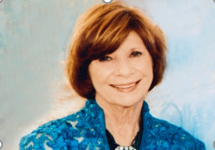