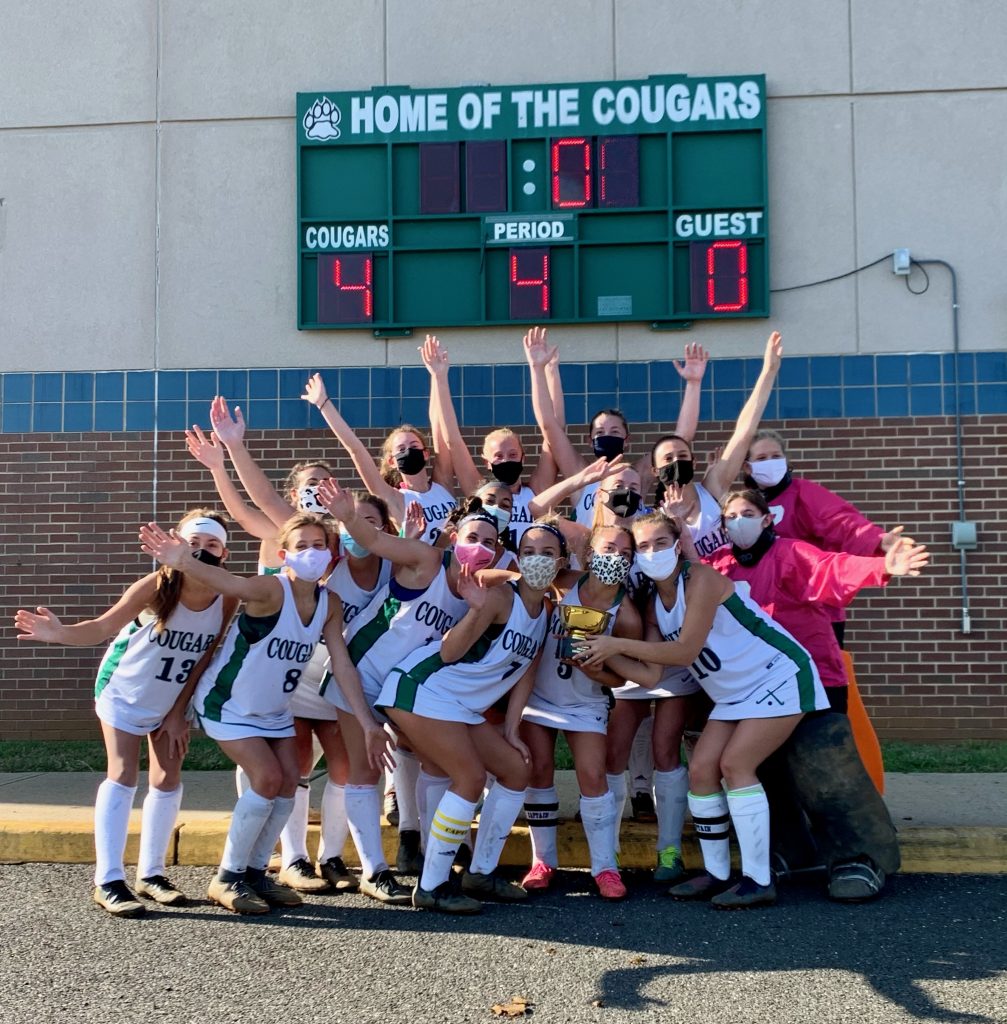 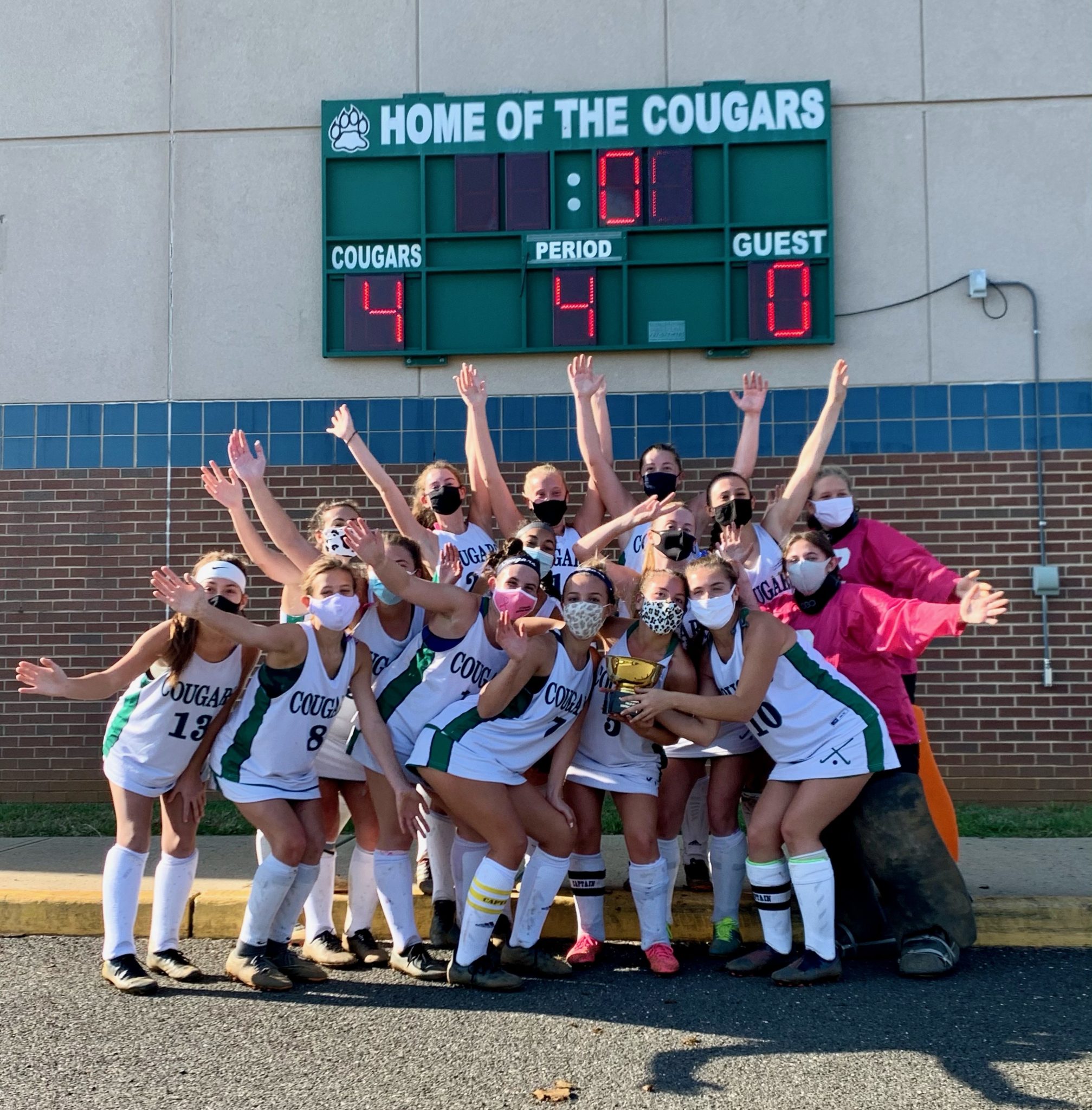 COLTS NECK – The Colts Neck High School field hockey program has developed into a top  program in the Shore Conference and in the state over the past four years.

In 2017, the Cougars won their first championship by capturing the NJSIAA North Jersey, Section 2, Group 3 championship.

This fall, in a state tournament that had its format changed due to the coronavirus pandemic, the Cougars won the Central East C regional title with a 4-0 victory over Central Regional High School of Bayville on Nov. 21.

“It’s pretty exciting,” Coach Maria Merlucci said. “The girls worked their tails off to make it to a championship game. They were very excited and proud of their accomplishment.”

The run of success the Cougars have enjoyed over the last few years has meant a lot to Merlucci, who has been with the program since its inception in 1998.

“It’s very satisfying to see all the hard work to make the program what it is today over the last 23 years paying off,” Merlucci said.

Colts Neck was primed for an excellent season with eight starting seniors and a solid goalkeeper in junior Elizabeth Connors.

Knowing that nothing was guaranteed in 2020 because of the pandemic, Merlucci said her players came in with the mindset from the start of summer training that it was “all or nothing” when they took the field.

The players showed the same attitude off the field as they and their families stuck together to make sure they followed all COVID-19 safety guidelines to ensure they could have a shot at another successful season.

“The kids and their parents were all in this together,” Muerlucci saidd. “The girls gave 110% every time they came out on the field.”

Colts Neck rolled to a 7-0 mark out of the gate and outscored its opponents 37-2 in the process. The Cougars allowed only eight goals all season and shut out all three of their opponents in the state tournament to win the regional title. For the season, the Cougars scored 57 goals in 14 games.

The only two losses Colts Neck had in 2020 were to Middletown South High School.

After playing the Eagles tough in the teams’ second meeting on Nov. 4, Merlucci said her players had gained confidence and believed they were good enough to compete against the Eagles for a regional title.

But Colts Neck did not get that chance as Middletown South pulled out of the state tournament because of a COVID-19 spike in the Middletown school district.

Merlucci said her players were disappointed they did not have another game against Middletown South, but used the confidence they had gained against the Eagles by showcasing that confidence with strong play in the state tournament.

The Cougars scored 10 goals in three state tournament games and finished the season on a five-game win streak.

As she watched her squad defeat her alma mater, Central Regional, in the regional championship game, a feeling of relief started to settle in for Merlucci.

Her Cougars had made it through a full season during a worldwide pandemic and achieved the goal they worked so hard for on and off the field: winning a championship.

“This is what the seniors worked all four years for,” Merlucci said. “They were very proud of themselves to go out as champions.”