EATONTOWN – Following a recount in the race for two three-year terms on the Eatontown Borough Council, Democrat Danielle Jones and Republican Mark Regan remained the top vote-getters and will be sworn into office on Jan. 1.

In the Nov. 3 municipal election, the two available terms on the governing body were sought by Jones, Regan, Republican James Corcoran and Democrat Mariel Hufnagel. Regan was the only incumbent council member on the ballot.

When the election results were certified by the Monmouth County Board of Elections on Nov. 20, Jones, with 3,250 votes, and Regan, with 3,228 voters, were the apparent winners as the borough’s voters tapped one Democrat and one Republican.

On Nov. 19, the day before the election results were certified, Hufnagel filed a petition in New Jersey Superior Court seeking a recount and a recheck of the ballots that had been cast for the council seats. The recount was ordered by state Superior Court Judge Mara Zazzali-Hogan on Dec. 3.

Following the recount, Jones and Regan remained the winners of the municipal election.

“The recount is complete and Mark Regan will be your councilman again for the next three years,” Eatontown GOP representatives wrote. “Congratulations to Ms. Jones and especially to Mark for all of his hard work and dedication to Eatontown.”

On the six-member Eatontown Borough Council, Republicans held five seats and Democrats held one seat prior to the 2020 municipal election. The mayor’s office is held by independent Anthony Talerico.

Republicans took control of the previously all-Democratic governing body in 2020 after a series of resignations from Democratic council members led to Republicans winning five available seats in the 2019 municipal election.

With the victories of Jones and Regan, Republicans will hold a 4-2 majority on the council in 2021. 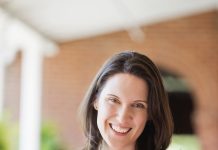