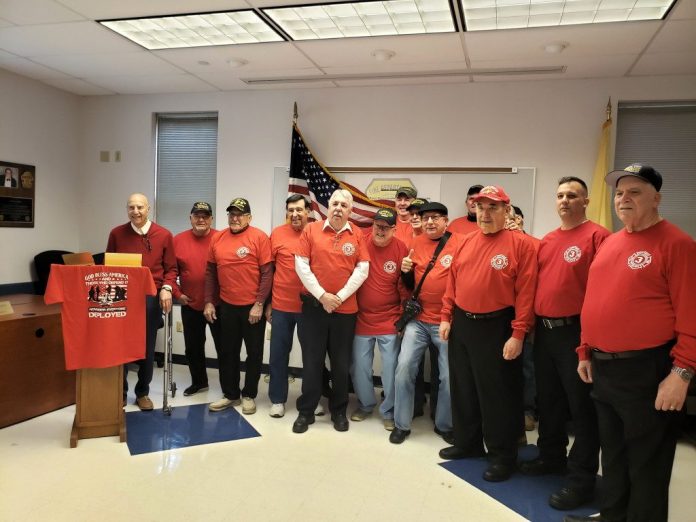 MONROE – With the passing of Mayor Gerald Tamburro, the Monroe Township Council is in the process of appointing an interim mayor to serve until a special election is held in November.

Council President Miriam Cohen, by state law, assumes the role of acting mayor during the process of filling the mayor vacancy. The council will complete the appointment of an interim mayor process over the next 30 days, said Stacey Kennedy, public information officer for the township.

“Mayor Tamburro was a tireless and passionate advocate for Monroe Township residents and served the township with love and pride,” Cohen said.

Tamburro passed away at the age of 84 surrounded by his family on Dec. 31, according to information posted on the township’s website. Funeral services for the mayor were arranged at DeMarco Funeral Home on Jan. 3.

Flags were flown at half-staff for seven days to honor Tamburro for his decades of service.

Councilman-at-Large Stephen Dalina, who has served on the council since 2011, said Tamburro “loved Monroe and fought very hard to make it the best place possible to live in New Jersey.

“While he was always a gentleman and an honorable leader it was fun to get behind ‘feisty’ Jerry when he led the charge to improve the quality of life in our town,” Dalina said. “He will be missed.”

Tamburro – always well-dressed in a suit, tie and polished shoes – became involved in  public life shortly after moving to the Greenbriar adult community in 1997.

Prior to taking on the duties of mayor, Tamburro, a Democrat, had been elected as the Second Ward council member in 2001, and served as council president for eight years.

Born in Newark, Tamburro grew up in Nutley. He joined the U.S. Army in 1957 and was discharged in August 1964. He attended Seton Hall University, where he earned a degree in banking. After college he and his childhood pal from Nutley, the late Paul Lubertazzi, landed their first banking jobs at Boonton National Bank in the 1960s.

He is also a graduate of the Stonier Graduate School of Banking at Rutgers University.

Tamburro was married for 60 years to the late Carole (Lombardo) Tamburro. They raised
six children in a seven-bedroom home in East Brunswick. The couple moved to Monroe in 1997 in retirement.

McCabe said Tamburro was a “dedicated family man, consummate professional, and served his community as a distinguished leader” and “someone I considered a trusted confidant and friend.

“On behalf of the Middlesex County Democratic Organization, I send my sincere condolences to his family, to Monroe Township which he so deeply loved, and his close friends in Greenbriar at Whittingham,” he said.

Murphy said “Mayor Gerald Tamburro was an example of the right person going into public service for the right reasons.

“Instead of spending his retirement from the private sector in quiet pursuits, Jerry dedicated his last two decades to the people of Monroe, his adopted hometown, which responded by electing him to township council and twice as their mayor.

“Jerry’s legacy of service will be his tireless work to protect Monroe’s taxpayers and their quality of life, and the pride he took in never having let a developer pull a fast one against the township.

“More than anything, however, Jerry was a friend to many and a loving family man,” Murphy said.

“He lost his wife of 60 years, Carole, last year and I take some solace in knowing he and Carole are now reunited,” the governor continued. “He was a good and unwavering personal friend, even in those early days when he didn’t have to be, and his support was always truly meaningful.”

Coleman said she had the pleasure of working with Tamburro since she became a member of Congress six years ago.

“I will remember him fondly as someone who loved Monroe Township and fiercely fought for his constituents,” she said.

Tamburro is survived by his two sons, Gerald Tamburro, Jr. and his wife June of
Bridgewater, and Peter Tamburro and his wife Alba of Monroe Township; and four daughters, JoEllen Schmidt of Shallotte, NC, Susan Kinsey and her husband Kevin of San Juan Capistrano, CA, Lynn Manza of East Stroudsburg, PA, and Cynthia Lombardi of Robbinsville.