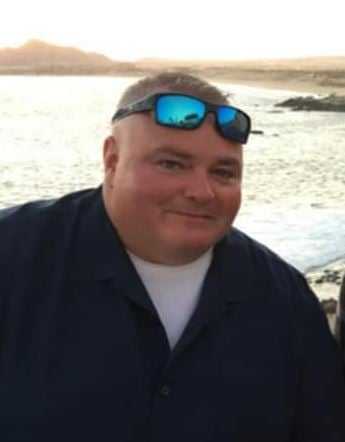 OLD BRIDGE – The Old Bridge Police Department closed out 2020 with a farewell to one of their brothers in blue, Christopher Cronin. They vow to continue to tell his story.

“As 2020 grinds to an end, we cannot help but look back on what we’ve lost and what we’ve gained this year,” a post on the department’s social media page stated on Jan. 1. “We’ve lost family. We’ve lost dear friends and we’ve lost loved ones. We’ve lost trust, some common sense and in some cases freedom to an invisible foe. To those who have lost someone close to them … please keep telling their story.”

The department remembers Cronin, who they say keep them laughing, even in his passing.

Cronin passed away unexpectedly at his home in Spotswood on Dec. 2. He was 47.

Mayor Owen Henry said Cronin was raised in the township, which enhanced his “commitment and dedication to public safety to residents of our community.”

“During his career, Chris’ professionalism earned him much appreciation from residents of Old Bridge,” Henry said, adding Cronin received letter of recognitions from the police chief, department unit citations and several lifesaving awards.

Cronin also received a citation for his heroism from the New Jersey State General Assembly.

“Chris was well-liked by all,” Henry said. “He was a good friend and dedicated. … He will be missed by all of us.”

Officer Vincent Galgano, president of the the Old Bridge Policemen’s Benevolent Association (PBA) 127, said Cronin served the department for more than two decades. Cronin followed his father’s footsteps into law enforcement and joined the force in 2000. Cronin’s brother Michael is a detective with the department and his father, Dennis, is a retired police captain in Old Bridge, Galgano said.

Members of the department gathered at Michael Hegarty & John Vincent Scalia Home for Funerals and Cremation Service on Route 9 to say their final goodbyes on Dec. 20.

A funeral mass was held the next day at St. Thomas the Apostle Church. A private family interment followed at Holy Cross Cemetery, North Arlington.

Cronin was born in South Amboy. He was the son of Dennis Cronin and the late Monica Gleason.

He was raised in Old Bridge and is a graduate of Madison Central High School. He earned a bachelor’s degree in legal studies from Nova Southeastern University in Florida.

Soon after college Cronin followed in his father’s footsteps and served the community of Old Bridge as an officer with the Old Bridge Police Department. Cronin enjoyed spending his down time fishing and at the gun range. He was an avid sports fan and enjoyed following his favorite teams, the New York Jets, New York Yankees and Notre Dame football. He was a loving husband, son, brother, and friend, according to his obituary.

Cronin was predeceased by him mother, Monica Gleason. He is survived by his wife, Lorena, his father Dennis and wife Kathleen, his brother Michael and wife Lauren, his niece Skyler, his nephews Jaxon and Zachary, his uncle Jimmy Gleason, his mother- and father-in-law Martha and John Gesimondo, and his brother-in-law Roland Gesimondo.